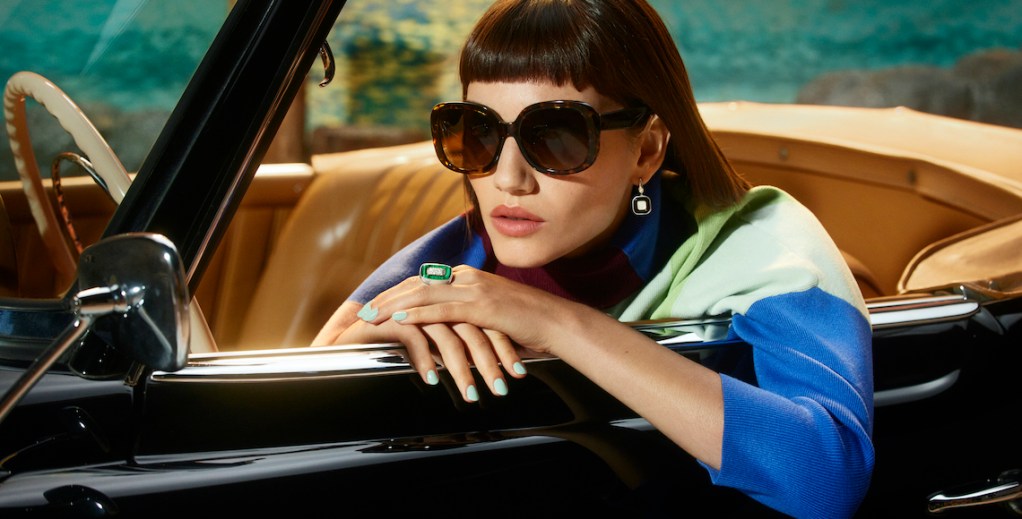 Eric Ryan’s three previous brands have all been in categories he said failed to capitalize on cultural shifts. Over the last 10 years, he founded the home cleaning brand Method, the vitamin and gummy brand Olly, and the first-aid brand Welly. Now, Ryan is entering a new segment that he said is in need of a shakeup: luxury jewelry.

Ryan’s new brand is Cast, an online DTC jewelry brand that soft-launched in early October. On Monday, the brand announced a $12 million funding round led by True Ventures, which has also invested in Peloton and Fitbit. Cast was built on a cultural shift that Ryan said many jewelry brands have missed: that women are increasingly buying jewelry themselves. The Cast collection is made up of necklaces, earrings, bracelets and rings, with prices starting at around $500 and going up to around $5,000.

“The pitch was: How do we change the experience of jewelry?” Ryan said. “And the answer is to focus the experience on the person wearing the jewelry. More jewelry purchases are women buying for themselves, rather than men buying women gifts. All of our marketing and messaging is around that idea.”

The shift to self-purchasing jewelry has been happening for at least three years. In 2020, jewelry designer Diane Kordas found that 63% of her sales were self-purchases by shoppers, and in 2019, DTC jewelry brand Mejuri found that 75% of its customers were doing the same.

One of the ways Ryan wants to service that self-purchasing customer is by bringing on female designers to design for women. New collections will drop at least once a month from a rotating list of designers, some of whom have experience in jewelry and some who don’t. For example, the first few collections were created by jewelry designers Kristy Ford and Alice Cicolini. Ryan emphasized that these are not one-off collaborations; he intends to bring back designers for future drops. Ford, for example, has already designed two collections for Cast.

Much of Cast’s marketing, which is focused on Instagram, highlights the brand’s partners, including these designers. Jewelry curator Mahnaz Ispahani Bartos, who curated a collection of vintage pieces for the company, was recently featured in a post.

Ryan said the ultimate goal for the company is to branch out into physical retail, but that’s more than a year off. For now, the focus will be on nailing the product assortment and growing the brand’s audience through direct, online sales.

“My experience is in building brands of scale,” Ryan said. “Our intent is to grow a major brand, but we want to nail it before we scale. We know we won’t get everything right up front, but this first year will be all about developing the product, growing the audience and perfecting the concept. Then next year, we can get into the next phase of growth.”