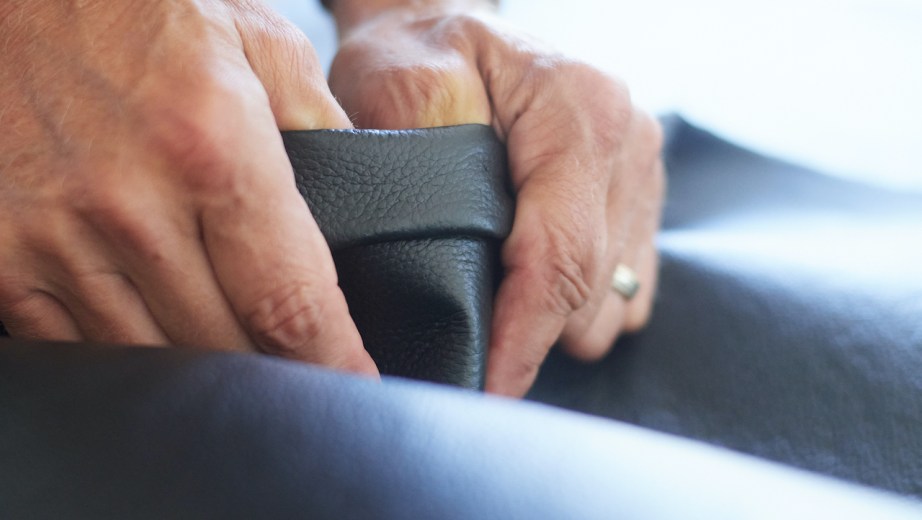 Thanks to increasing partnerships between influential fashion players and emerging biomaterials companies, products composed of leather alternatives are becoming commonplace in luxury. Innovative materials offering more sustainability and comparable quality are fueling the trend, as are heightened focuses on brands’ ethics and values.

Since inking a deal with Silicon Valley material solutions firm Bolt Threads in late 2020, Adidas, Stella McCartney, Lululemon and Kering have slowly begun rolling out products featuring its Mylo leather substitute, derived from mushroom roots. For its part, Lululemon announced early this month Mylo yoga mats and bags, the latter of which will be released by early 2022. And since 2019, brands including Chanel and Hugo Boss have launched accessories incorporating Pinatex’s namesake leather alternative, made from pineapple leaf fibers.

On Wednesday, San Francisco-based MycoWorks announced that Patrick Thomas, who spent 10 years as Hermès’ CEO until 2014, has joined its board of directors. The 8-year-old company specializes in making leather-esque materials from mycelium, or the threads that grow to form mushrooms. In March, it announced Hermès as its first brand partner.

MycoWorks’ differentiator in the space is its ability to customize its non-animal leather, dubbed Reishi. It manipulates mycelium as it’s growing per brands’ specifications around thickness, weight and shape, among other features. Typically, the material is then tanned and finished by traditional leather craftspeople in Spain.

By the end of the year, Hermès plans to release a version of its signature Victoria travel bag featuring its version of Reishi, called Sylvania. Making Sylvania will involve Hermès’ go-to tanners and craftspeople in France.

In November, MycoWorks raised $45 million in a Series B funding round co-led by Taiwan’s WTT Investment and California’s DCVC Bio. Other investors included Natalie Portman, John Legend and several undisclosed “major fashion brands.” The round followed the company’s $17 million Series A round, in February 2020.

“We have plans to expand quite significantly,” said Matt Scullin, CEO of MycoWorks. The company has 120 employees and just opened a new factory in Emeryville, California to facilitate growth. It has a “robust pipeline” of new partners, including mass and luxury brands, he said. He declined to elaborate, only sharing that multiple partnerships with influential luxury brands will be announced “soon.”

“There is just this huge desire from [brands in] the luxury industry to expand their offerings to include non-animal, non-plastic leather,” said Scullin. “[Demand] has reached a fever pitch.”

In June, MycoWorks attended the startup and tech conference VivaTech, setting up shop in an LVMH-hosted booth. “The top guys, in terms of their business and their quality, are taking interest in the product, so it’s a good omen,” said Thomas. As he sees it, MycoWorks’ raw material is also primed to be scooped up by companies in China for their own production.

Today, even high-end shoppers are becoming more discerning about their purchases, in line with the widespread rise of the conscious consumer. So more brands are giving them the option to shop according to their values, which for many is a luxury in itself. Neiman Marcus announced in June that it will go fur-free by 2023, joining Nordstrom and Saks Fifth Avenue, among other retailers. And earlier this month, Puig-owned Carolina Herrera, Jean Paul Gaultier and Dries Van Noten joined other brands in saying they’ll stop using exotic skins.

For luxury brands, leather goods are big business, as shown in LVMH’s earnings announcement on Monday for the first half of 2021. Its Fashion & Leather Goods brands, which it does not break out individually, saw a record $16.4 billion in revenue, up 81% from 2020 and 38% from 2019.

And LVMH hinted that sustainability-focused changes to its products are down the pike. When asked during the earnings call for more details on the company’s upcoming Sustainability Research Center, announced in early July, CFO Jean-Jacques Guiony said, “What we anticipate is that all the products from our portfolio will be one way or the other affected by transformation in the next few years, be it packaging, be it component… The products we have today will not necessarily be exactly the same in five years’ time.”

And, Thomas said, material-focused changes-for-the-better are going to have a halo effect on the industry. “New materials are going to boost some teams, in terms of their creativity and product development; they’re going to be triggered to do things in ways they’re not even considering today.”