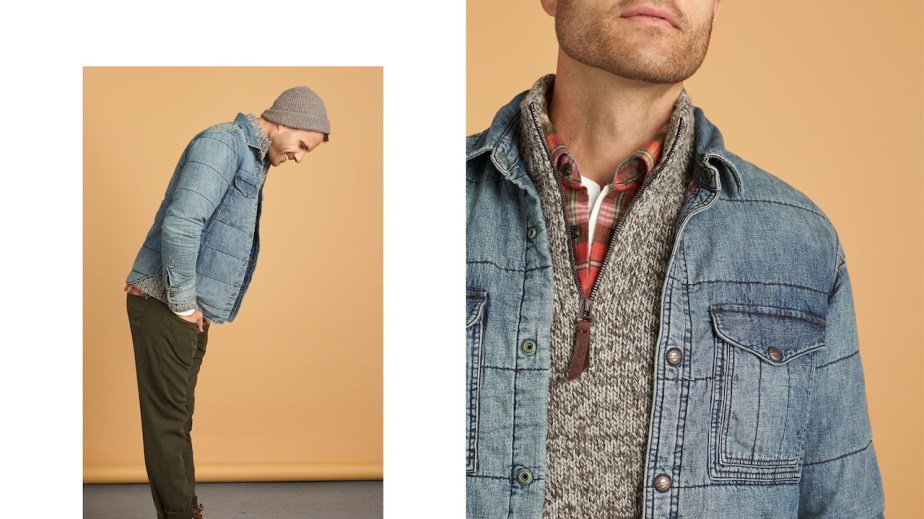 Confessions of a private-label designer: An over-reliance on data makes everything boring

In Stitch Fix’s most recent earnings call on Monday, the company revealed that customers were spending less on average on each Fix, the box customers receive with curated clothes that can be kept and purchased or sent back. At the same time, its direct-buy option, launched last year, has taken off and already reached comparable margins to Fix, said CEO Katrina Lake on the call.

Despite Stitch Fix’s declining stock after the earnings call, Lake pointed to the company’s strong data and analytics initiatives as a reason to be optimistic.

“In Q2, we also began collecting client feedback data on the shift to direct-buy items, which will enable us to further strengthen our personalized recommendations,” Lake said in the earnings call. “In addition, we enhanced our algorithms to further diversify the looks we present to clients, resulting in increased conversion and items sold per client.”

But some are not convinced that a reliance on data is reassurance. A New-York-City-based designer who manufactures clothes for one of Stitch Fix’s private labels, speaking on condition of anonymity, said that the current over-reliance on data, both from Stitch Fix and other retail partners, puts a damper on creativity and leads to less retention.

“I think the idea of a curated box is really interesting at first,” she said. “But I know people who love it the first two or three boxes, but then it wasn’t so great anymore. You get the same stuff in the box over and over. Lame, common-denominator stuff. I don’t know how you keep that interesting. Data doesn’t make magic.”

The designer said she is one of many who does private-label business with Stitch Fix, manufacturing products in collaboration with Stitch Fix which are then sold under the name of one of Stitch Fix’s exclusive brands. While she said everyone at Stitch Fix is lovely to work with, she lamented the fact that the design process is almost entirely driven by numbers, to a fault. She said most products she produces for Stitch Fix are generic versions of the things in her own line, but simplified and toned down to fit whatever trend or data point Stitch Fix is chasing.

“It’s honestly very generic, very basic,” the designer said. “That’s what too much data does. It makes everything look the same, everything the same color and same style, the easiest fit. Everything ends up homogenized. Part of the magic of fashion is walking into a store and something catches your eye that you never would have thought you wanted. You can’t get that if everything is picked for you by an algorithm based on what you already like.”

Data is no doubt an important part of a modern fashion business, but this designer is not alone in thinking that an over-reliance on numbers and algorithms can have a suffocating effect on the longevity and excitement of fashion. Michael Ward, managing director of Harrods, told Glossy in October that when he sends buyers to look at collections, he intentionally restricts their access to Harrods internal databases until after they’ve viewed the product and found things they liked, because he wants to preserve the sense of spontaneity and surprise.

The designer said that Stitch Fix is not alone in its hunger for data. Big department stores like Neiman Marcus and Bloomingdale’s are also heavily reliant on data, as is Rent the Runway. But she said, in her experience, Rent the Runway is less reliant on the numbers than others when making buying decisions.

“I absolutely worry that that philosophy will seep into other parts of fashion,” she said. “I’ve already seen it at some of the big department stores. Red dresses sell, so they keep buying red dresses and they don’t want to take any risks anymore. They become too slavish.”