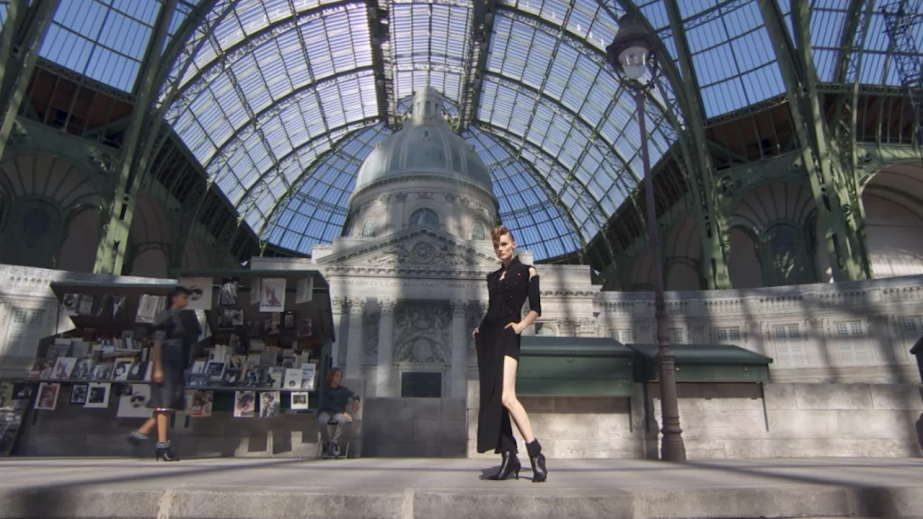 Chanel is showing the first signs of evolving into a more flexible, millennial-oriented company

Luxury brands are not known for being the most responsive to change and Chanel is the textbook case of a big, slow, stubborn luxury brand. So it was a surprise when Chanel announced on Monday that it would discontinue or severely limit the use of exotic skins and fur in the production of its clothes, a stance that even more progressive and modern brands like Louis Vuitton have not taken.

By going above and beyond the banning of furs, something that a number of other luxury brands have done in recent months, to banning crocodile and snake skins as well, along with its recent efforts to make its packaging more sustainable, Chanel could be transforming into a more flexible company with a closer eye on changing trends. This is a necessary evolution for Chanel to help it compete with rival brands who have dominated the past few years thanks to an attentiveness to young consumers and their ideals and habits.

“Today, people are increasingly interested in what makes a company responsible and are seeking out the information,” said Diana Verde Nieto, co-founder and CEO of Positive Luxury, an organization that promotes sustainability within luxury fashion. “Being responsible global citizens matters to today’s consumers, with 87 percent of adults saying that ethical and sustainability-related concerns impact their purchasing decisions, according to our data,” she said. “At a recent event where we celebrated those brands that are making a difference, the resounding takeaway from speakers such as the director of sustainability at Hermès was that sustainability is now non-negotiable; it is expected, assumed and in demand from the modern-day shopper.”

Luxury brands tend to be slow to adopt changes and risk-averse. A few have managed to maintain their legacy and the pedigree of their long history while successfully transitioning into the digital age and building an engaged audience among younger consumers. Gucci and Louis Vuitton were ranked first and second in L2 Gartner’s Digital IQ Index for fashion in 2018, which ranked brands according to the their digital prowess and popularity among millennials. Where those two brands scored high marks for having a highly-engaged millennial audience and robust digital offerings, Chanel was ranked 15th, thanks to its lack of e-commerce options.

Chanel only began seriously exploring e-commerce this year. A partnership with Farfetch in February preceded the launch of its first e-commerce site, focusing only on eyewear and only in the U.K., in July. Bruno Pavlovsky, president of fashion at Chanel told Business of Fashion last year that the brand’s resistance to e-commerce comes from not wanting to dilute the brand’s exclusivity.

“It’s 2018. It is definitely not early for any luxury brand to be just now making moves into e-commerce,” said Richie Siegel, the founder of consumer advisory firm Loose Threads. “The hardest thing is that a lot of these luxury brands are so stuck in their own ways and resistant to change.”

There is no conflict between exclusivity and a modernized, digital way of doing business. Or if there is one, it is a conflict that other luxury brands like Gucci, Louis Vuitton and Burberry have been able to navigate successfully.

In light of these changes, Chanel’s ban on exotic skins seems to be a play toward enticing more millennial consumers, who are increasingly turned off by the ostentatious use of furs and other animal products in fashion. Notably, Chanel did not put out an official statement on why it was stopping the use of exotic skins, only telling Women’s Wear Daily that the decision was made due to the difficulty in sourcing these materials.

Still, the announcement has coincided with a number of other developments in which the brand has pulled back the curtain and made itself less opaque to consumers. This past summer, Chanel released its yearly earnings for the first time in more than 100 years, revealing that it brought in nearly $10 billion last year, making it one of the biggest brands in the world. It also just announced a new Netflix documentary that would give viewers a closer look inside the company.

As Chanel continues to evolve, it remains to be seen whether the brand can finally put aside its reputation as a stalwart bastion against the forces of change and become a company that can adapt and change quickly enough to remain competitive among millennial consumers.