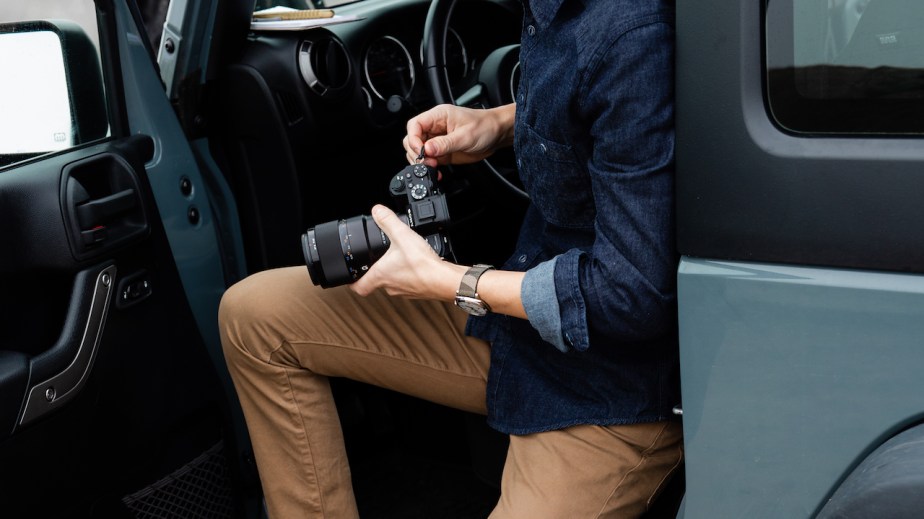 Brands are catering to male ‘creatures of habit’ as menswear surges

With menswear outpacing women’s fashion in sales, more brands are working to crack the quirks of the typical male shopper.

“Men are creatures of habit,” said Micky Onvural, CEO of menswear brand Bonobos. “They try a style and they like it, then whether it’s in the same transaction or they come back time and time again, they buy the same thing.”

That repetition is one of the reasons Bonobos is so successful, she said. The company, which was acquired by Walmart in 2017, projected $150 million in sales that year, and November’s revenue was up 34% percent from the year prior. Bonobos has a high repeat purchase rate and the average customer lifetime value is also high, said Onvural, though she declined to elaborate.

Onvural said Bonobos’s customer habits are typically tied to convenience and function — for example, “I need a suit for wedding.” That’s driven the company to focus its ad spend on paid and organic search, rather than Instagram. “Women are browsing for inspiration, men are fulfilling a need,” she said.

Similar observations about men’s laser-focused shopping and need for ease have driven the marketing messages and product assortment of multiple men’s brands. Eight-year-old men’s retailer Huckberry has a style called the 72-Hour Merino Tee, which it’s positioning as the ultimate men’s T-shirt for travel. To promote the message, the head of marketing, Ben O’Meara, wore the shirt throughout a 72-hour stay in Iceland that was captured in a video and shared across the brand’s social channels. Last month, O’Meara built on the series, wearing the shirt on a three-day trip to Vancouver.

Huckberry also has a top seller three years running called the 365 Pant which, driven by customer feedback, has expanded to more colors and fits since launch. To show the style’s versatility, the brand recently featured it in a campaign showing men of three different body types wearing the pants in different work environments. O’Meara said that, in NYC, where the brand opened a store earlier this year, customers are coming to the store specifically to try on the style and then buying multiple pairs online over time.

Krista Corrigan, retail analyst at Edited, said men are more likely than women to stick to the staple items they know and love. “Retailers have picked up on this tendency and are catering accordingly,” she said. She pointed to Asos: Excluding private label, the top five men’s brands stocked by the retailer have largely remained unchanged over the past four years.

Going deep on popular styles rather than extending product assortment is a key strategy for men’s brands. Men’s activewear brand Rhone, which opened its first store in NYC’s Hudson Yards last month, has sold out of its Commuter Pants three times. (It declined to share exact quantity sold.) The pants first launched as a test based on a customer survey, and since, Rhone has built on the style with additional fits and colors. “We test hero styles every season,” said Adam Bridegan, Rhone’s CMO. “If they don’t test well, we move on. If they do, we build them out into franchises.”

Likewise, menswear brand Zachary Prell launched an Essentials line this year, made up of best-selling “core pieces every man needs in his closet,” said Kevin Lee, director of marketing and e-commerce. “It’s not uncommon for our customers to buy the same shirt in multiple colorways or multiples of the basics; when men find what they like, they stick to it and continue to buy in multiples.”

Within the last year, established brands from Madewell to Chanel have launched men’s fashion, and multi-brand retailers including MyTheresa and Moda Operandi have brought menswear into their fold. According to market research company Euromonitor, though women’s clothing still outsells men’s ($642.8 billion to $419.9 billion in 2017), menswear sales have outpaced womenwear since 2016, and it expects the trend to continue: It forecasts that, in 2021, menswear sales will grow 1.9% while women’s sales will increase 1.4%.

In addition, a new report from merchandise analytics company First Insight shows men are shopping in-store more than women — of those surveyed, 25% of men said they step into a physical store six or more times per month, and just 15% of women said the same.

As brands make it easier for men to shop basics, they’re also carving out a way to compete with Amazon. Though Amazon has struggled to gain cachet as a retailer of ready-to-wear, it’s become an acceptable source for basics, like T-shirts and underwear. Fashion brands have started selling basics on Amazon to meet customers where they’re shopping those items, while also luring them to their greater assortment on their own site. According to Amazon research company Jungle Scout, Amazon sells three-times more men’s apparel than women’s every month.

“If you’re a brand, you’re responding to Amazon,” said Corey Pierson, CEO of Custora. “And serving up something replenishable is the name of the game right now; repeat shoppers are golden customers. If you’re selling underwear or socks, people are going to buy multiple times a year — but you have to differentiate [from Amazon]. Whether your undershirt fits more snug or you provide more of a luxury shopping experience, you have to give people a reason to want to buy from you instead.”

On the grooming side, men’s habitual shopping is amplified. Chloe Thompson, vp of commerce at men’s subscription box service Bespoke Post, said men do stick to what they like, but they need time to test something new before committing. Bespoke Post, which launched in 2011, found its groove when it updated its boxes to feature full-size grooming products versus trial size. It then launched “The Shop” on its website, based on feedback that subscribers wanted to buy more. “It’s not that men don’t like getting new stuff, it’s that they hate the process,” she said. “The search feels tedious.”

In 2012, Birchbox launched Birchbox Man, which will roll out to its Birchbox at Walgreens locations in May. “Men don’t want to spend a lot of time in discovery mode, which is why a box of five products a month works,” said Pooja Agarwal, COO of Birchbox. “The one big difference we see is our grooming customers are much more needs-based, but at the same time, they don’t know what they need. They want to know. Once they’ve tried, say, hand cream, it’s all about loading up.”

Birchbox has tailored its marketing accordingly. Agarwal said it’s about being clear and concise — as in, “Do this,” rather than being super detailed. The brand also limits the options of men’s products it sells.

“It’s truly about the curation and also educating them in a way that’s non-intimidating,” she said. “That’s harder to do with an Amazon, because there’s no place for storytelling.” She said the Birchbox model of setting the stage for worthwhile discoveries has worked to build men’s trust, which is “everything” for a brand entering the space.

O’Meara also said trust is crucial. Huckberry leans heavily on content marketing, including emails and print catalogs featuring everything from music playlists and book picks to travel guides. The theory is: The customer will come to see the retailer as a reliable source for interesting discoveries, so when a pair of pants is recommended, they’ll pay attention.

As Huckberry is a multi-brand retailer that regularly introduces new product, it’s careful about messaging around styles, which could risk customer trust: It uses phrases like “one of the best,” rather than “the best,” and “We think this is great,” instead of, “This is the only one you need.”

“We take a softer approach and back it up with ‘why’ through customer reviews, media or content,” said O’Meara. “You have to have something strong to back it up.” The product also has to support the message, he said, or the customer won’t come back.

“Saying a style ‘the only thing you need’ pigeonholes brands,” said Rhone’s Bridegan. “Instead, we want to position our brand as that go-to — [Rhone] will work from the gym to the boardroom.” The brand is confident in that message because it’s introduced styles based on customer demand. To bring home the idea of a convenient one-stop shop, Rhone personalizes its e-commerce experience, highlighting products based on customers’ recent purchases and data on what they’ll likely buy next.

Bespoke Post also plays up convenience. “It’s less direct than ‘the only thing you need,’” said Thompson. “It’s, ‘We know this is a product you love, let us make it easy for you.’”

“There are all of these new DTC brands that are specialized: Warby Parker makes stylish glasses; Bonobos makes great fits for men; you know where to go for shirts you can leave untucked,” said Pierson. “They’re making it easier for a large segment of men to find what they need. They just need to be an interesting brand to keep that segment’s attention. Otherwise they’ll just go to Amazon.”