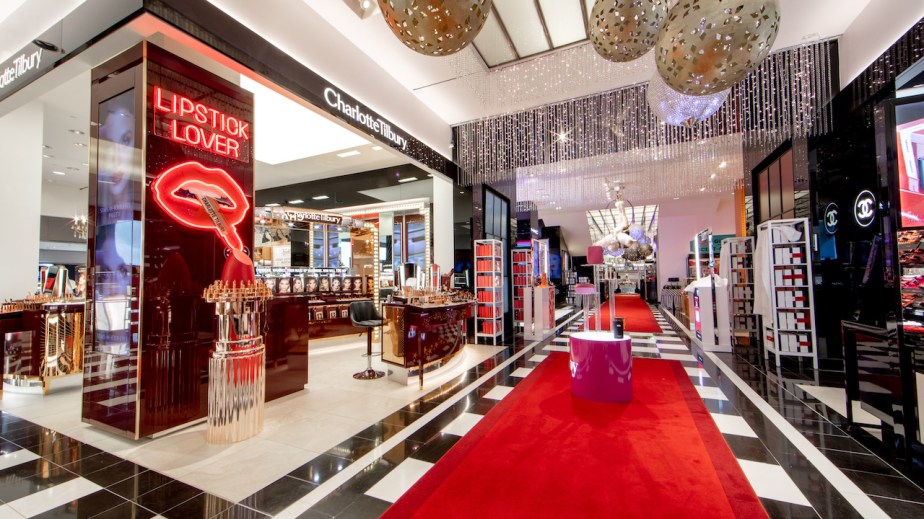 ‘Bloomingdale’s is a strong brand’: How the department store has dodged the fate of its competitors

This week, Macy’s Inc. announced it’s closing 28 stores, making it the latest in a long line of retailers and department stores suffering the effects of a volatile retail environment and downsizing. But the company’s other retail subsidiary — Bloomingdale’s — has been one of the more resilient contenders in the retail space, closing one store this week versus dozens and seeing better financial results than competitors like Neiman Marcus.

Macy’s has closed more than a dozen stores per year since 2015 — sometimes up to 40 in one year — while Bloomingdale’s has closed a handful each year in the same time frame. Macy’s Inc. as a whole closed 14% of its total stores between 2014 and 2018.

While other luxury retailers have faced issues due to over-expansion and high rent costs, leading to closures or bankruptcy like Barneys New York, Bloomingdale’s has mostly avoided the same fate. According to some analysts, this is partially due to Macy’s Inc.’s proactive measures to avoid such dire situations.

With the short amount of time given by landlords to struggling retailers to restructure and make good on their payments, retailers need to be thinking proactively and make changes when they have the luxury of time, rather than waiting until their hands are forced.

Bloomingdale’s is doing that by closing stores and making smarter use of the ones they have. For example, this past year the company began heavily investing in rotating shop-in-shops, allowing them to fit a larger number of new concepts into a single store. Additionally, Bloomingdale’s is also one of the first high-end department stores to have its own rental service, called My List, which launched in September of last year.

“This is what I call corporate health,” said Scott Stuart, CEO of Turnaround Management Association. “Checking up on the health of your company, taking proactive action and quell things early enough so you’re not put in a situation where you can only be reactive.”

Retail has been having a tough time in the last year, judging by the bankruptcies and empty lots scattered throughout 2019. Forever 21, Barneys, Bergdorf Goodman and Hudson’s Bay Company have all struggled in the past year, and overall department store sales fell nearly 2% from November to the end of the year, according to data from Mastercard Spending Pulse.

“The department store and other specialty retail categories that are selling commodity products and brands that are available at many retail chains have been hit hard with many store closings and bankruptcies in recent years,” said David Naumann, vp of retail marketing at enVista, noting that competition from Amazon offering similar products to Macy’s at a better price and with more convenient shipping has been a major challenge.

Bloomingdale’s has succeeded for two reasons. The first is that luxury retailers are not being hit quite as hard by the perils of brick-and-mortar retail as mass retailers like Forever 21, since they do not have to compete directly with Amazon. The other is that the retailer has avoided getting into the position that creates those issues in the first place.

“I don’t think there’s any doubt that Bloomingdale’s is a strong brand,” Stuart said. “It’s not a brand I’ve seen over-expand the way Neiman Marcus or some other luxury retailers have. Bloomingdale’s is in a good spot at the moment, but I credit them for having the forethought to reassess underperforming stores anyway.”

The Bloomingdale’s store that is closing is in Miami, at a shopping center called The Falls. It’s last day in operation will be Jan. 11, after 35 years in business.

The company’s most recent earnings saw a 0.7% decrease in sales in November and December of 2019. While still a decline, it beats the 1.5% decline from Neiman Marcus, which has struggled with over-expansion, declining sales and a debt refinancing deal that bought the retailer more time to grow the business. Neiman Marcus made the deal to avoid being crushed by nearly $5 billion in debt.

Conversely, the leadership at Macy’s and Bloomingdale’s is betting that having a smaller footprint now, while the financials are mostly sound, will pay off in the future. According to Macy’s Inc., online sales were also up over the holiday season for both Macy’s and Bloomingdale’s, despite the fact that it’s an area where traditional retailers have struggled to compete.

“The risks are endemic to all of retail: rising rents, demanding landlords, competition from big box stores,” Stuart said. “Bloomingdale’s focus on luxury means it doesn’t have the same issues as Macy’s. I don’t think they’re falling to the wayside the way a lot of luxury retailers have been.”