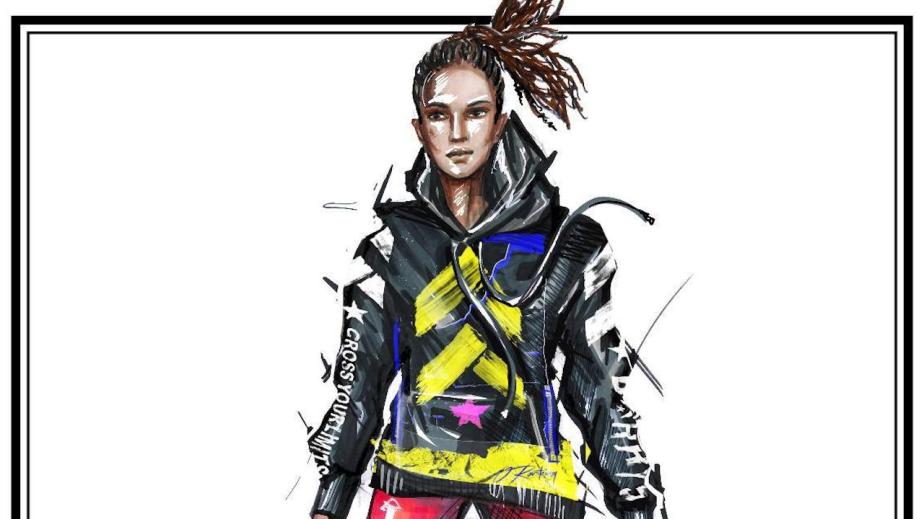 As more boutique fitness studios open up and competition to get fitness enthusiasts in the door heats up, companies are looking to features beyond workouts to stand out. The athlesuire market set to hit $83 billion by 2020, and brands from SoulCycle to Peloton are investing in exclusive apparel collections and collaborations to win over consumers.

While these studios have always been in the business of selling branded apparel, many are taking things to a new level, launching more extensive collections. In SoulCycle’s case, partnering with Nordstorm to take the clothing beyond its studios. For Barry’s Bootcamp, its next move in the apparel space takes a page out of the playbooks of big fitness apparel brands like Adidas with its long-term Stella McCartney collaboration and Puma with its capsule collection by Karl Lagerfeld. It’s taking on high-fashion.

On Friday, Barry’s announced a limited-edition partnership with Olivier Rousteing, creative director of French luxury fashion brand Balmain. Launching Sunday, the collection is tied to the opening of Barry’s first studio in France, located in Paris. It will be sold exclusively in the Paris studio and promoted through the brand’s various Instagram accounts, both local and international.

“At Barry’s, we partner with brands that feel natural and organic, which is why this made sense. Olivier understands the Barry’s experience and was able to capture and interpret it his way,”said Joey Gonzalez, CEO of Barry’s. Rousteing is a regular at Barry’s Milan studio and regularly posts about the brand on social media, making him the perfect person to bring the brand to life in a new collection, said Gonzalez.

While many fitness brands are making the push into apparel and big-brand partnerships to drive profit and growth, Barry’s will not keep any of the proceeds. The company does not share revenue or growth numbers, but it currently has 59 locations, and nine more are set to open in the coming months. Instead, the company is donating all the money to Le Refuges, an organization supporting young victims of homophobia and transphobia by providing social, medical, psychological and legal support.

Ivka Adam, CMO at influencer marketplace Heartbeat, said a big reason why fitness studios decide to launch these lines is to provide a new source of revenue, but in the case of Barry’s, it seems to be more about building brand awareness and gaining new customers in a new market.

Rousteing designed 100 pieces — including a hoodie, and zip and embroidered sweatshirts — that will be sold exclusively at Barry’s Bootcamp Paris. Printed hoodies will sell for 290€ (around $327), printed zip hoodies for around $553 and embroidered hoodies for around $1,000. For Barry’s enthusiasts around the world unable to jet to Paris, the company will auction off 12 items from the collection on the Barry’s website beginning Sunday. Items will start at $450, $550 and $1000. Customers can bid in $100 increments.

“By creating this as an auction model, the company doesn’t set the price, so everyone feels like they can get in,” Adams said. From a customer-acquisition standpoint, the move makes a lot of sense, as well. “This is another way for the brand to build a story, likely acquiring customer emails and acquiring customers, because there are going to be so many more than just 12 people buying in online; there are going to be thousands of people bidding on the items.”

Barry’s has previously worked on co-branded lines with major fitness apparel brands including Lululemon, Nike and Alala, as well as some smaller boutiques. This partnership is by far the biggest name in the fashion industry that the company has worked with, and it’s also the company’s most exclusive line to date.

While the brand declined to share any details around potential future fashion endeavors, the partnership with Rousteing will likely serve as a good test case for the brand moving forward, should it want to launch more high-fashion lines.

“We’re longtime fans of Olivier’s, and when we think of his designs, we think of powerful, statement-making pieces. We hope this comes through in his collection, and we know our clients, especially those in Paris, will love it,” said Gonzalez.