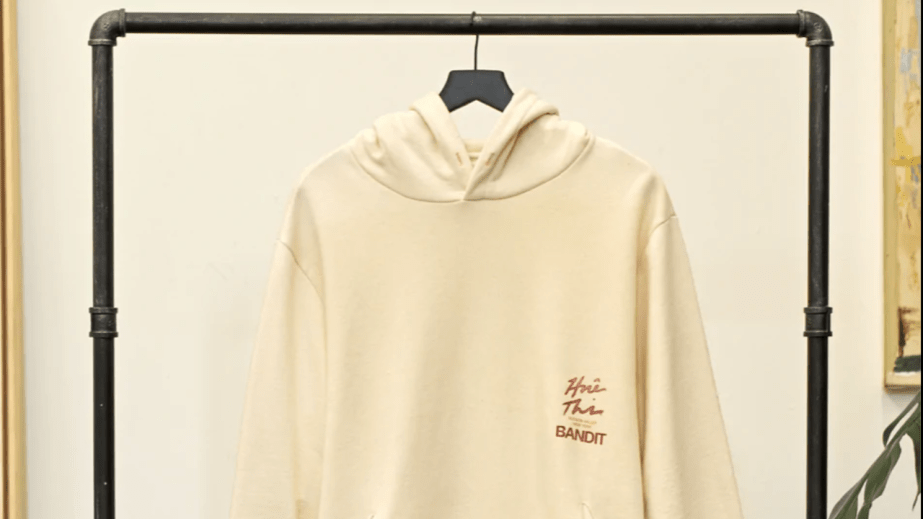 Bandit Running, the 2-year-old cult running brand founded in NYC, opened its first physical store in Greenpoint, Brooklyn on Wednesday. The exact location, on Noble Street, was chosen not because it’s a shopping hub, but because it’s a common route for serious runners in the New York City area. The idea, according to co-founder and CEO Nick West, is to catch runners’ attention during their training.

The strategy stemmed from an observation West made over the last two months. Bandit had made a series of in-person appearances at the New York Marathon and the Philadelphia Marathon, and at two races in Brooklyn. These activations took the form of pop-up shops, race afterparties, live podcast recordings and interviews with celebrated runners like the marathoner Emily Abbate. There was also a Bandit-hosted cheer zone during the New York marathon.

“Our customer acquisition costs were significantly more effective from those activations than through digital channels,” West said. “And the customers we acquired in-person repeat-purchased more often and returned their products less.”

At the same time, Bandit found it was needing fulfillment space beyond the single warehouse it used previously. Working with a third-party fulfillment center was a consideration, but West balked at the idea. Instead, he determined that a storefront could provide the physical space the company was seeking for fulfillment. Out of the gate, around 50% of the store is being used for online order fulfillment space, while the other 50% is dedicated to sales.

While West couldn’t share exact dollar amounts, he said the savings of Bandit having its own fulfillment center make up for the cost of the storefront, even if it doesn’t sell a single product.

“Any extra sales or customer acquisition beyond that is all gravy,” he said. “We wanted to de-risk our first store, so we picked a place with lower-than-average rent that’s a bit out of the way, but also one that’s a natural destination for runners, right along the water.”

There aren’t many other apparel stores nearby. Bandit’s most notable neighbor is the Skyline Drive-in movie theater. Outside the store, the company has set up a cooler with free water for passing runners. And West said the brand is planning regular running events starting from the store to build the brand’s community.

Like its competitor brand On Running, Bandit is an athletic brand geared toward the serious runner. Its prices are higher than a mass-market athletic brand, at around $120 for leggings. But its high-quality Italian mesh fabric has made it popular among the NYC running community where it was founded. On Instagram, the brand has more than 13,000 followers. It’s been featured in running magazines like Running, as well as style publications like Hypebeast.

West declined to give revenue and growth figures for Bandit, but the has expanded quickly since its launch in 2020. It started off selling just socks to members of the NYC running community, before launching into other accessories in 2021 and introducing a full apparel line in early 2022. Prior to opening the Brooklyn store, it sold on its e-commerce site only. The brand is only planning to open the one store, for now.

But also like On Running — which has seen its revenue grow significantly in the last year, to nearly $350 million per quarter — Bandit is seeking to make the crossover to lifestyle and street fashion, as well. Among its products are high-performance running shorts and sweat-wicking shirts, but also street-ready hoodies and sweatpants.

Ardith Singh, chief design officer at Bandit Running and former svp at Bandier, said she tries to keep the essence of running in every piece, even if it’s not meant to be worn on the track or during a race.

“Our community is dedicated runners, but not solely elite athletes,” Singh said. Since joining the company last year, she’s been helping to grow the lifestyle side of the business. Bandit’s first product collaboration — a three-piece unisex collection developed with Vietnamese-American contemporary painter Huê Thi Hoffmaster — launched earlier this month.