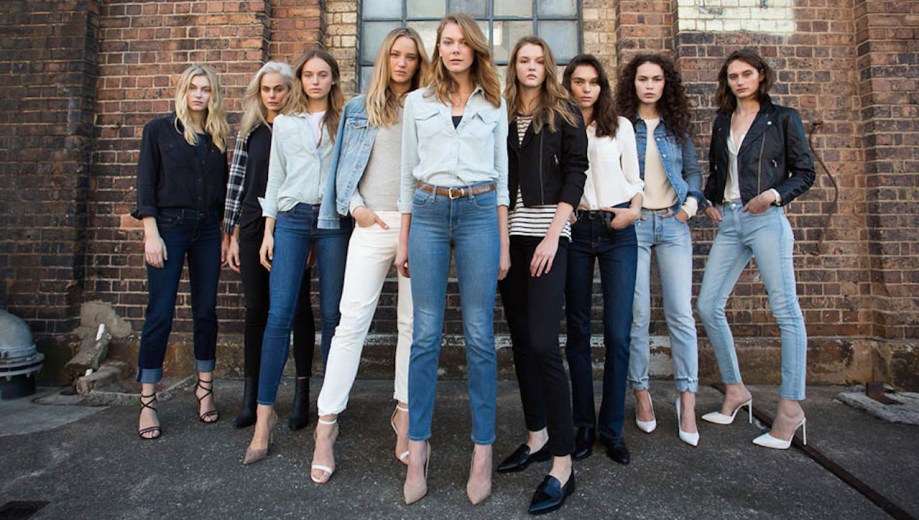 Why American denim may be entering a new golden age

Blame it on a resurgence of ’90s style, nostalgia for iconic ’80s brands or a desire to wear something other than athleisure, but the denim market is having a moment.

Perhaps the biggest indicator that we’ve entered the golden age of American denim brands came last month, when Levi’s went public for the second time in the company’s 160-plus-year history. In Levi’s S-1 filing, the brand reported $285 million in net income on a net revenue of $5.6 billion, a 14% increase from 2017, signaling a pretty big resurgence for the brand.

Other American-born brands are helping to fuel current momentum. Earlier this week, American Apparel relaunched its denim line in a variety of cuts, colors and extended sizes. Back in December, ’80s cult favorite brand Jordache reintroduced itself to the world after falling out of favor with shoppers for several years.

Nostalgia and a love for throwback trends played a big part in the brand’s decision to relaunch with partners Barneys and Kith, said Hilla Narov, co-founder and partner at consultancy BrandTitled, which worked closely with Jordache to relaunch the brand.

Worldwide, denim is projected to grow 11% by 2023, according to a recent forecast from market research firm Euromonitor. In the U.S., the jeans business saw 2.2% growth to roughly $16.7 billion in 2018 after four consecutive years of declining sales.

The moment might be right for American denim brands to reintroduce themselves, or invest heavily in new product, but analysts said it will take more than just launching a line of jeans to win people over — especially millennial and Gen Z shoppers.

“American denim as a whole is prepared to make a move, provided two things happen,” said Marshal Cohen, chief industry adviser at NPD. “One, the manufacturers get more innovative with style and fabric. And two, retailers back that innovation and allow it to grow.”

For Jordache, that meant putting a new spin on its iconic jeans. Narov said that the Nakash family, owners of the Jordache brand, didn’t want to just bring back the same jeans that people were buying and selling on Ebay. “They wanted it to be something that’s happening now, with a nod to history. But they didn’t want it to be a vintage-looking jean, they wanted it to be modern,” she said.

That meant investing heavily in new technology, getting the Jordache logo on certain products to glow in the dark when consumers flashed a light on it, and experimenting with new washes and trends. A big hit for Jordache (and a trend that has popped up in American Apparel’s new line of denim) is a special rainbow-wash denim, available both in jeans and jean jacket styles.

A key to success for denim brands today will be in their ability to not only create products that consumers will fall in love with, but also to create them in a way that consumers will appreciate. For many young people, sustainable clothing is a growing concern. It’s something that newer brands are able to build their identities around (think Reformation and Everlane), but for more storied brands it can take a bit more work and money.

“More traditional brands like Levi’s, Wrangler and Lee may, in some ways, be late to the sustainable party,” said Ted Marzilli, CEO of data products at YouGov. “I don’t think that it’s necessarily inauthentic or not possible for them to pivot and pick up more sustainability practices in their manufacturing process. It will just take more of an effort.”

Levi’s has already invested in some eco-friendly initiatives, coming up with some production techniques that use less water. The brand said its “Water<Less” technique, launched in 2011, has saved 3 billion liters and recycled more than 2 billion liters of water.

“Levi’s have done a really good job of going back to that origin of who they are and really reflecting this authentic American lifestyle, while also being forward-thinking,” said Mark Frankel, executive creative director at brand consultancy Landor.

Just because some denim brands find success in the market today, it doesn’t necessarily mean there will be a halo effect on all American denim brands. Plus, analysts said that just investing in denim could prove to be a risky strategy.

“Levi’s growth isn’t going to come just from retail partnerships and just from denim,” said Cohen. “However, it builds the momentum and gets people looking, thinking and talking about denim again, which is really important, because we’ve been going through half a decade now of leisure, athletic and more comfortable product, and denim hasn’t become competitive.”

Landor’s executive creative director Mark Frankel said Levi’s will need to take that influx of new capital post-IPO and think about strategic partnerships that can expand the brand beyond denim. That, he said, will be a key to the brand’s future success.

“Going public, I think the opportunity for Levi’s is adjacent markets — acquiring companies like an Allbirds, or acquiring a company that shares the same philosophy and has the same brand DNA around a certain authenticity. [The trend] is being true to yourself and being casual, but having a sharp look of being an individual and expressing who you are.”

“This timing is one of those rare opportunities where the pendulum is swinging toward denim,” said Cohen. “It’s up to the denim industry to embrace it, rather than hide from it.”