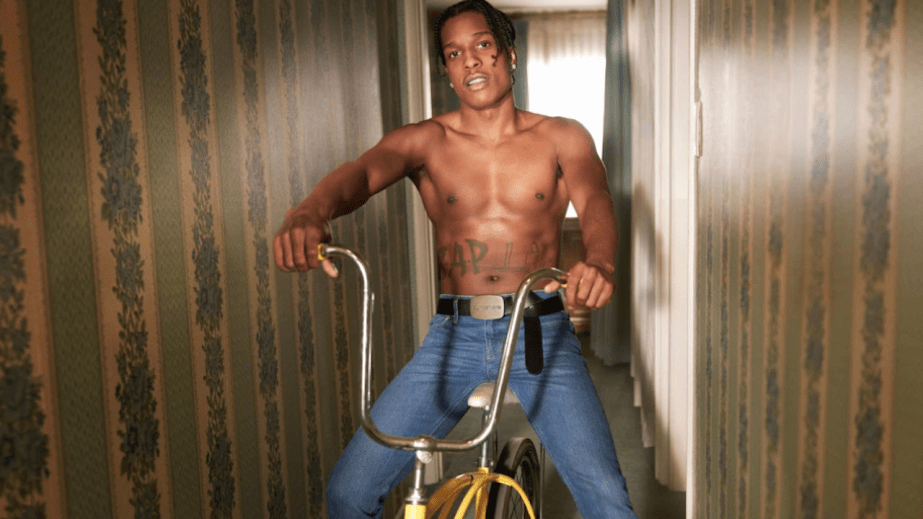 Calvin Klein is abandoning the runway in favor of a more youthful arena: the hit social media app TikTok.

After the high-profile departure of creative director Raf Simons, the brand announced today that it will be shuttering the whole runway line Simons was in charge of, laying off a significant number of employees and closing its Milan office. The brand has struggled in terms of sales, as well, with revenue falling from $142 million in the third quarter of 2017 to $121 million in the same period in 2018, to the chagrin of parent company PVH.

A week before the runway announcement, the brand debuted its first campaign using the popular social media platform TikTok. The campaign, the latest iteration of the Calvin Klein’s “My Calvins” jeans and underwear ads, features celebrities and influencers with cultural capital among younger consumers, like Shawn Mendes, Kendall Jenner and A$AP Rocky.

New platforms
While big fashion houses like Calvin Klein are not known for being the most adventurous when it comes to digital marketing, the brand’s full embrace of a relatively new platform is not surprising given the potential that TikTok holds and the circumstances in which Calvin Klein finds itself.

“The reason [TikTok’s] becoming more enticing for brands right now is there’s a lot of opportunity to have an impact organically,” said Brendan Gahan, founder of marketing agency Epic Signal. “The level of engagement is extraordinary. It’s not overly saturated or totally pay-to-play like some platforms. “American Idol” did a hashtag challenge [on the platform], and they got 37.2 million uses of that hashtag. I know Calvin Klein is restructuring some things, and if your budgets are getting tight, you need to experiment. TikTok is the perfect place for that.”

TikTok was launched in China in 2016 under the name Douyin, and globally a year later as TikTok. Similar to the now-defunct Vine, TikTok users can post short looping videos of anywhere from three to 60 seconds. It currently has about 500 million active users, only about half as much as Instagram but given the platform only debuted two years ago outside of China, its growth has been impressive.

In the short time it has been around, TikTok has proven a tempting new arena for brands to participate in. In addition to its youthful audience, 41 percent of which are between the age of 16 and 24 the relative lack of brand saturation compared to platforms like Instagram means there is fewer competition and more room for organic engagement.

Only a few fashion brands have embraced TikTok so far. Guess was one of the first, launching a denim campaign late last year targeted towards Gen Z. In light of the brand’s complete shuttering of its runway fashion line, Calvin Klein also seems to be going after Gen Z, and some marketers say TikTok is the perfect platform for going after that demographic.

“TikTok has an amazing young female audience, and it’s a really engaged audience,” said Jenny Lang, svp and managing partner of of integrated investment at UM Worldwide. “If you look at females ages 16 to 24, it’s a 60 percent reach. It’s not as big as some other platforms, but the engagement level is amazing. Young people are looking for those different environments now. Everyone’s parents are on Facebook, so they want something new that’s entirely theirs.”

A community of their own
The potential of TikTok for Calvin Klein has already been proven. The brand said that within 24 hours of launching “My Calvins” on the platform, it became the most-viewed digital campaign the brand has ever done, with more than 10 times the engagement of the campaign it ran with Justin Bieber in the spring of 2015. Calvin Klein explicitly said that the TikTok campaign was a move towards targeting a younger, hipper audience.

New platforms can be a double-edged sword for brands. While they offer the opportunity to access a younger, fresh audience without a ton of competition, brands need to do their due diligence and make sure the new platform is a good fit and worth the investment.

“Brands first need to get a basic understanding of the community and the landscape of a new platform,” Gahan said. “Then they need to develop positioning. What will they add, and how can they be valuable to this community, but also different from everyone else? Finally, if you are going to develop a presence, make sure you’re in it for the long term. It’s better to be truly on a platform and invested, rather than just half-ass it.”

For Calvin Klein, the challenge rests in maintaining the brand’s identity as it shifts toward a younger audience in a digital environment. This is new territory for Calvin Klein, but Gulin-Merle said she knows what the brand needs to focus on to be successful as it experiments with new platforms.

“We need to stay focused on what the Calvin Klein brand DNA is about — sexualized minimalism, provocation, championing progressive ideas and communities — and adapt it to today’s content language, which is authentic, social-based and consumer-first,” she said.