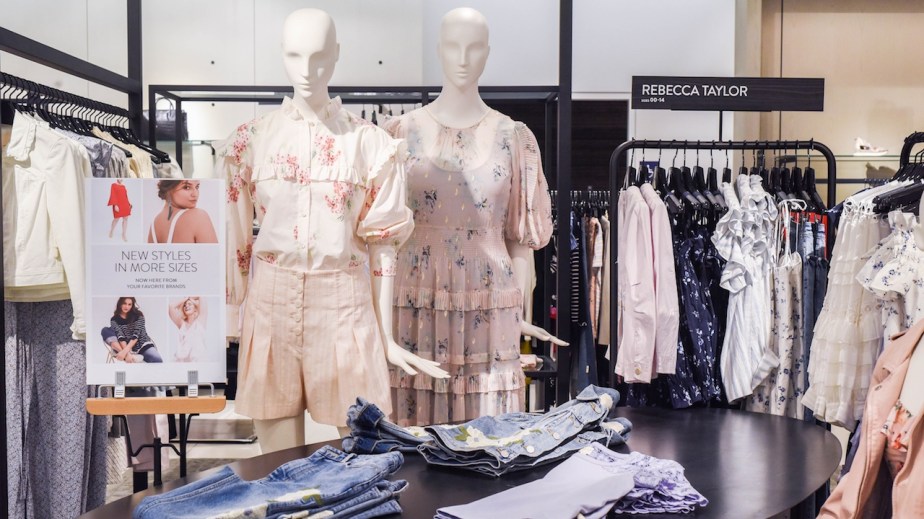 ‘A step in the right direction’: Nordstrom is doubling down on merchandising with new executive role

As it continues to bring in promising DTC brands, Nordstrom has created a new role to manage and improve its relationships with brand partners.

After 33 years at Nordstrom, Teri Bariquit was announced on Thursday as Nordstrom’s chief merchandising officer, making her the first person to hold that title at the company. The move comes a year after Nordstrom reinvented its merchandising strategy to focus on upcoming DTC brands, with which the retailer has wasted no time forging dozens of partnerships.

At the time, Tricia Smith, Nordstrom’s evp and gmm of women’s apparel, said, “With direct-to-consumer, digitally native brands in store, the customer is engaged. It’s a positive for us. But the terms are different; we had to change our partnership model from a transactional approach to a strategic approach. It’s a new day for us in merchandising now.”

Now, the retailer is doubling down on that strategy, promoting Bariquit, who was instrumental in both courting DTC brands and maintaining relations with existing partners in her prior role as evp of merchandise planning.

“Relationships are a key part of our strategy, and our unique ability to work with both established and emerging brands is what differentiates Nordstrom in a highly competitive space,” said Pete Nordstrom, co-president of Nordstrom, in a press release.

Maintaining relationships with brands and influencer collaborators will be paramount going forward, especially as Nordstrom is losing its most successful influencer collaboration by far when its contract with Arielle Charnas, creator of Something Navy, runs out at the end of December. The collaboration reportedly brought in more than $4 million in sales in a single day last year. Charnas will be forming her own brand separate from Nordstrom.

Nordstrom has been performing strongly in recent months. Its second-quarter earnings last week showed that profits are up, due in part to maintaining low inventory. In a statement, Erik Nordstrom lauded the company’s “inventory discipline” for keeping profits up.

But being too tight with inventory can also have a detrimental effect.

“Nordstrom’s beauty category was one of its best-selling last year, but the category had out-of-stock issues in-store,” said Darin Archer, chief strategy officer at Elastic Path. “Could that performance have been even better, with better merchandise management? That seems to be the bet Nordstrom is making with the promotion of Bariquit. While many brick-and-mortar retailers think e-commerce shops are their biggest challenge, the reality is that their own out-of-stock issues are pushing consumers to go online to buy.”

Based on a survey by Elastic Path, 55% of customers have faced lack of stock when attempting to make a purchase at a retailer, and 39% of those said they reverted to ordering the product from their phone while in-store. Currently, online sales make up 30% of Nordstrom’s business.

“That customer may ultimately go to your e-commerce store to buy, but more likely, they’ll go to whoever has the best deal and free shipping,” Archer said. “Nordstrom’s increased focus on merchandising should be a step in the right direction for addressing this kind of consumer pain point and making the company more responsive to how customers expect to shop, where divisions between online and in-store no longer exist.”

As more and more department stores struggle, fail or go under completely, it’s become more important than ever that they are able to keep up strong relationships with brand partners, which drive foot traffic and revenue. Macy’s appointed a new chief merchandising officer last month, though the role was not a new one for them, in order to strengthen those ties.

“Apparel shoppers are more fickle than ever, so ensuring that individual shoppers have access to the merchandise they want and are motivated to purchase will be critical,” said Ya-Bing Chu, vp of product at retail analytics company Formation. “Nordstrom seems to recognize that it needs to use what it knows about its shoppers to make better merchandising decisions and that those decisions need to happen quickly. There’s huge potential for Nordstrom to build a relationship with individual customers by maximizing their comprehensiveness and relevance with all shoppers wherever they present themselves, whether it be online, in a flagship store or at a Rack outlet.”