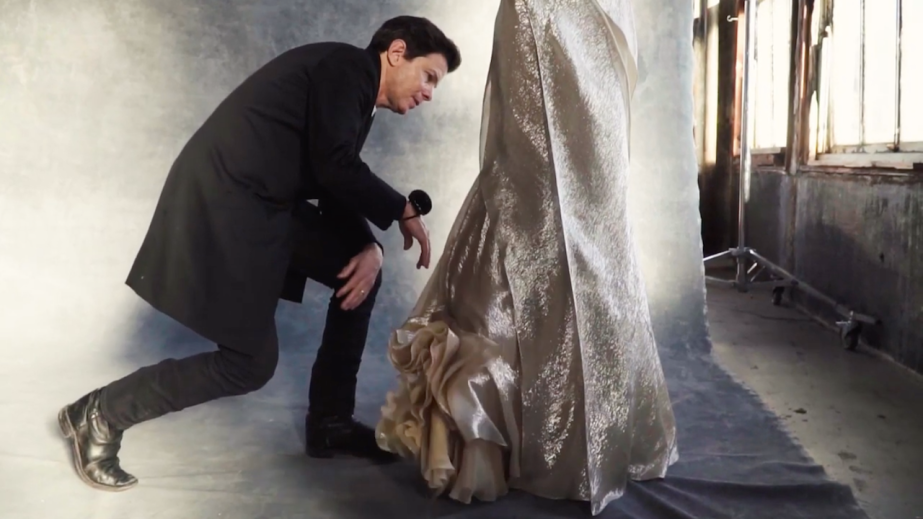 The Danes, a high-end womenswear brand created by designer Robert Danes, has been sold on the fourth floor of Bergdorf Goodman, along with select Saks and Nordstrom stores, for 20 years. And while Danes said he has had a healthy business, one weakness that has routinely come up when he’s asked people for honest feedback has been its lack of a digital presence.

“Honestly, the whole branding thing is not really my main wheelhouse,” Danes said. “I just focus on design and hope that speaks for itself. But I realized the digital side [of the business] was not of the caliber, care and quality of the clothing that I made. Not being so versed in this myself, and being from a different era, I felt like I needed some help. I knew what I liked when I saw it, but I wouldn’t have known where to start on my own.”

The brand’s online presence was limited to a single, static website with minimal functionality and a social media presence that was little more than photos of people wearing The Danes’ dresses out at events and galas. To remedy this, Danes worked with creative agency Young & Laramore and stylist Brendan Cannon of The Cannon Media Group to revamp his company’s online presence, which included designing a dynamic new website and a new Instagram strategy, resulting in higher-quality photography and first-person musings from Danes himself about his designs.

The website is now full of movement and sound. Instead of still images, most are animated, showing women wearing Danes’ dresses that billow and move. Clicking to a different section of the site prompts a small animation, rather than the reloading of a page.

“His web presence and digital presence were very outdated,” said Carolyn Hadlock, the executive creative director at Y&L. “We knew we could create a lot of value just through leaning into the digital and social sides. A lot of the social media content is written in first person, but a lot of fast fashion has become almost impersonal. There’s an intimacy and dedication to precision and relationships in [Robert Danes’ work], and we wanted to preserve all of that, digitally.”

The Instagram account still has fewer than a thousand followers, but Danes said that growing this following is a goal going forward through a continued emphasis on putting effort into every post rather than paying to promote posts. Y&L also helped Danes create a digital lookbook showcasing his designs with animated imagery, videos and music, which is hosted on the revamped website.

Danes said that in the years leading up to the rebrand, the company was growing but also undergoing some changes. Last year, Danes bought the company from his former partner Rachel Hall Danes and became the sole owner of the small eight-person team. Though Danes did not disclose exact figures, the company doubled its growth in 2018 and is on track to do so again this year, which Danes attributed to a “natural boost” after taking complete control of the brand. Still, the lack of a strong digital presence was hurting the brand’s potential to reach new audiences.

“It’s the first thing everybody says — buyers, customers — they all love the new site design,” Danes said. “Definitely traffic on site has been way up. It’s too early to tell how much it will increase sales, but I strongly feel like it can only have a positive impact.”

For Danes, even though his dresses cannot be bought online anywhere, having a page where customers can go and see the finer details of the dresses before they come into the store to try them is an important first step in the shopping process. When customers search for his brand, which is increasingly how customers begin their journey to purchase, they should see a web presence that matches the quality of the garments, he said.

While Danes hopes that the rebrand will help bring in new customers, particularly younger ones whom he hopes to court when he begins focusing on bridal fashion in the upcoming seasons, he and Y&L purposely did not try to appeal to a large, broad audience. Instead, like many smaller brands, the goal was to inspire strong loyalty from a select group of target customers: wealthy couture customers who want to buy high-end dresses and don’t want to go to big-name brands. Dresses by The Danes usually sell for more than $1,000.

Hadlock said one of the refreshing things about working with Danes was that he did not need any convincing that this was the right thing to do. She said there a number of people in the fashion industry — particularly luxury fashion — who are stubborn and refuse to acknowledge the fact that having a digital presence is an absolute must. The risk for these brands, including The Danes, is that they might be left behind while competitors thrive.

And for those concerned about whether they can maintain their “luxury” aura while still having a strong online presence, Hadlock says there is no conflict between the two.

“Everybody needs to have a strong online presence, no matter how big or small,” Hadlock said. “But there is something to not being too mainstream and treating social media as a unique, experiential thing. If you have a brand like The Danes, you want it to be niche; you don’t want it to be mass and ubiquitous. Something that a lot of customers love, especially in luxury, is discovering something that not everybody knows about.”