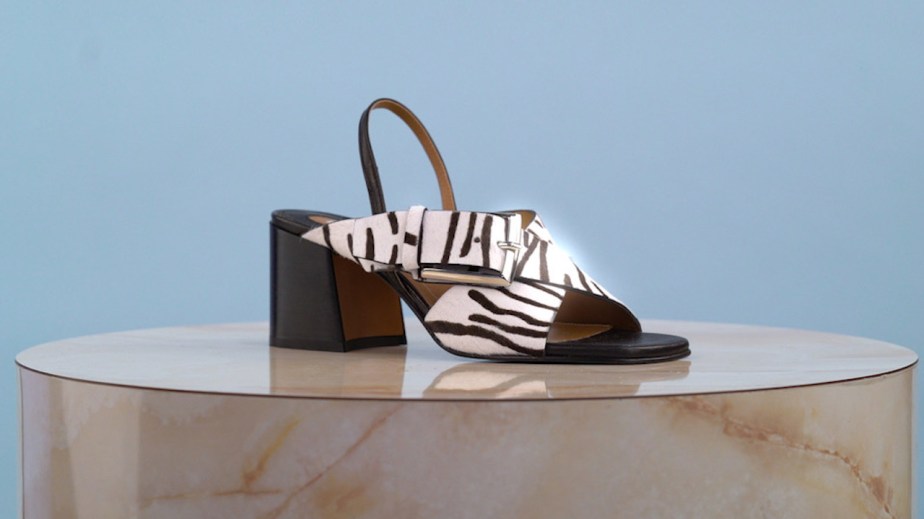 1 year in: How DTC brand Labucq tested distribution schedules to find one that worked

When designer Lauren Bucquet left Rag & Bone, where she had worked for nearly 10 years as its director of footwear and accessories, she had a grand idea. She wanted to launch a DTC women’s shoe brand, that was free from the restraints of a big traditional fashion brand. With her brand, which she later named Labucq, Bucquet planned to eschew the traditional seasons of the fashion calendar for a more freeform style of production in which she could design and release things at her own cadence.

One year in, she learned that it was not so simple.

“One of the overarching things we learned is the fluctuation of demand that comes with being a fashion brand,” Bucquet said. “We went in operating on a seasonless calendar and set our own rules. But we’ve seen the fluctuation of demand that relates to wholesale calendars. That’s due to the fact that we are reaching an intelligent fashion consumer. She’s shopping these other brands. We definitely see the fluctuation in our own sales patterns. We’ve had to follow the calendar more than we originally intended, to stay on track. It’s not always about following those calendars, but rather it’s about being prepared for them.”

Labucq launched last October with just Bucquet and a small team based out of Los Angeles. Unlike her former employer Rag & Bone, Labucq was deliberately created to be a small, designer-led brand with an intimate relationship with its customers. But what has become apparent over this first year is that customers are still following the traditional seasonal fashion calendar whether Labucq was or not.

“I think it’s consumer-led and industry-led,” said Bucquet. “When the consumer is buying full price from any other designer brand, they buy from us, too. When everyone else goes on sale, like Acne or another high-end contemporary brand, our customer expects us to, as well. There are also all these big e-commerce markdown days like Black Friday, which we can’t ignore. If we do, we see a dip. We thought it would be easier to operate on our own calendar than it really is.”

While the brand has only released a few collections at this point, Bucquet said that, going forward, it will be adhering slightly more closely to the traditional fashion timeline so as not to miss out on important customers’ shopping windows. Releasing collections at the right time is an important part of making sure a DTC capsule collection succeeds.

“There is a cadence to the seasonal release of merchandise that consumers have to come to expect, and it’s difficult to break consumers out of their traditional habits,” said Kathleen Fischer, director of marketing at Boston Retail Partners.

Labucq had to temper some of their expectations around what they could do. Brands, particularly DTC brands, are much more at the direct mercy of customers’ shopping habits. They can release things whenever they want, but if no one is buying a certain type of shoes in the early spring, the brands are out of luck.

Bucquet said that this whole process is still in flux and that she is still working out exactly what the brand’s release schedule will look like going forward. Another lesson learned in the last year is that, as the owner of a DTC brand, none of these decisions can be ignored so that someone else can handle it. Bucquet said the stress of these logistical decisions is far more tangible “when you have skin in the game.”

Bucquet did not reveal specific sales numbers, but said that sell-through was strong and overall revenue for the brand’s first year was on track with her hopes. Now, the company is faced with a more existential decision: Does it stay small or try to go big?

“We’re still the same size — just three people in the office usually,” Bucquet said. “In an ideal world, Labucq becomes a self-sustaining business. But we still operate on the same scale as when we launched. We are in a position right now where we are deciding what we are going to be. There are certain paths you can take as a DTC brand where you pump in a lot of money and build a big team and grow a lot, or you could feasibly keep this as a family-run small business with modest growth. We are trying to figure out that path right now.”

Bucquet said that fashion DTC is not the same as other consumer goods, many of which have only a few products that they can keep producing over and over, like a toothbrush brand that has a single, recurring SKU. For Labucq, much of its first year has been about learning on the fly exactly what Bucquet wants the brand to be and what it will look like going forward.

“It’s all up in the air right now,” Bucquet said. “We’ll see how this fall goes. We have some big things in the pipeline for the next couple of months. For at least the next six months, we are going to keep learning and see how things grow, and that will help inform what we do in the future. The pressure will never go away. But as we learn more about our customer and establish our DNA, it will get easier.”