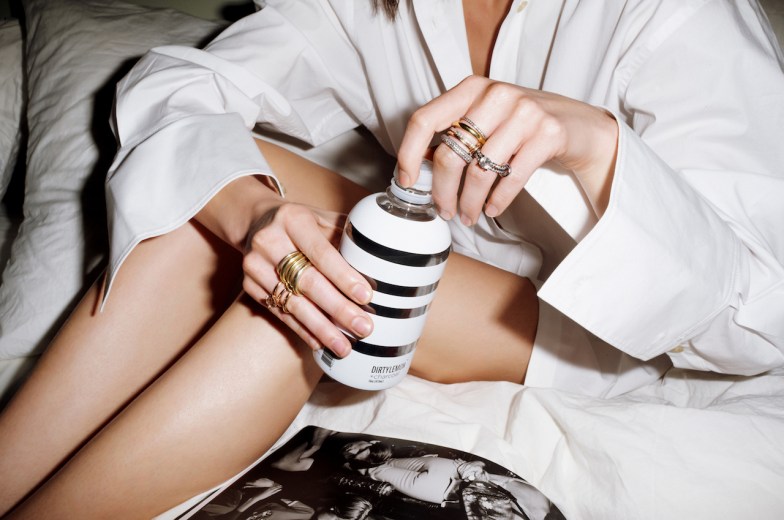 Why Dirty Lemon is partnering with Walmart

On Tuesday, Iris Nova announced that it will begin selling Dirty Lemon beverages in 500 select Walmart Stores in states like Texas, California, Illinois, Florida and New York. The company’s Walmart distribution mirrors where Dirty Lemon already has high penetration digitally. Throughout the year, the brand is expected to add more locations within the retailer’s 4,000 store fleet. Dirty Lemon will be exclusive to Walmart for a year’s time.

Dirty Lemon is best known for its “conversational commerce” retail approach within beauty, wellness and beverage circles. The move into Walmart is unsurprising given that Iris Nova founder and CEO Zak Normandin is laser-focused on growing the company profitably.

“There are a lot of new entrants in the market, and that coincides with the general clutter in the advertising space. Businesses are pulling for customer attention and that makes it challenging for digital-only brands to grow,” said Normandin.

For the last eight months, Dirty Lemon has moved into 1,000 non-traditional retailers such as Equinox gyms and Barry’s Bootcamp locations, which now account for 50% of revenue versus 10% at the start of the year. Subsequently, the company was able to save $3 million in annual digital marketing.

In Walmart locations, Dirty Lemon will be one of the most expensive beverage products in stores, at $6.99 a bottle, which is $0.51 less expensive than what the brand sells to its VIP members. Normandin said, selling at $6.99, Dirty Lemon’s gross margin will still be about 50%.

“If you look at the majority of beverage sales, they are either coming from Walmart, Target or Kroger, so we see this as an opportunity to acquire customers profitably,” said Normandin. “When you look at what’s happened with Casper and a lot of direct-to-consumer companies that are getting hammered in the public market, it is because they’ve focused so much on spending whatever it takes to acquire customers and drive-top line growth. They’re losing a lot of money.”