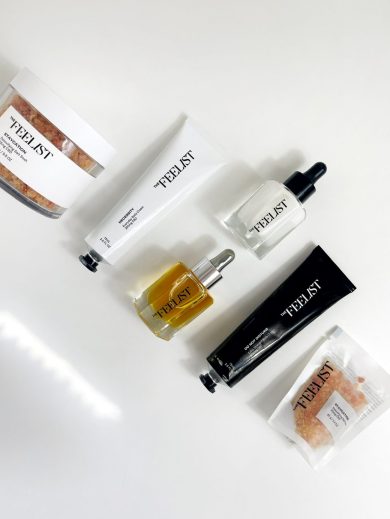 Why beauty brands are backing away from CBD

In September, WLDKAT, an affordable skin-care brand, reintroduced itself to its audience. It first launched at the start of the pandemic with CBD as its hero ingredient. In its second iteration, the ingredient is gone altogether, and product price points are down about $4-$6 each. At the time of the refresh, the brand also launched at Ulta Beauty, though WLDKAT said this would have happened regardless of the transition.

When the Farm Bill passed in 2018, many took it as a sign that the floodgates were opening for CBD-infused products. Ask any beauty writer, and they’ll tell you that, in 2018 and 2019, their inboxes were comically filled with pitches about products with CBD. It was in skin care, and just about everything else. But the changes that were anticipated have not come to fruition — that is to say, there are still countless restrictions that make it harder to do business when selling products containing CBD. Now, just four years later, entrepreneurs are singing a different tune.

“When you can’t sell it on multiple channels, you can’t ship it internationally, you can’t have Afterpay, Pay Pal, Apple Pay, Klarna — none of those will support CBD —  and you pay more for every payment processed on your website, it just becomes this hurdle every single day. And as a startup, it’s difficult enough to get your business off the ground,” said Amy Zunzunegui, CEO and founder of WLDKAT. “I do believe it’s a great ingredient for skin care and a great ingredient to ingest if you have inflammation in the joints. But the commerce side of the industry hasn’t really caught up to it yet, even though it’s federally legal.”

As a result, WLDKAT found its customers were often confused. The brand was regularly hit with questions about whether or not CBD would get the user high, Zunzunegui said. (Answer: no) And retailers, she said, still find the ingredient to be incredibly polarizing for their clientele.

Shea Marie, influencer and co-founder of The Feelist echoed many of the same concerns. The Feelist launched in August of 2020 with three CBD-infused body-care products, including two creams and bath salts. Though these products still exist, the brand has since pivoted to focus on CBD-free skin-care products, due to concerns about marketing and selling CBD-infused beauty products. Still, its best-seller remains the “Most Wanted” facial oil, which contains 500-milligrams of broad-spectrum CBD. Fortunately, having CBD in just one facial care product has not been an impediment to the brand’s success, Marie said.

The oil was “changing people’s skin. The before-and-afters and testimonials were so powerful,” said Marie. Therefore, the brand decided to lean further into facial skin care. This turned out to be fortuitous, because “you don’t need to put multiple layers of CBD on your skin.” That is to say: Featuring CBD in just one facial oil is enough to reap the benefits of the ingredient. As such, Marie is not concerned about launching products like its Total Package Youth Protecting Serum without CBD. “Anyone who’s telling you that you need CBD in your toner and your serum and your cream — that’s just a scam.”

Though both Zunzunegui and Marie said that CBD was never meant to define their brands, neither expected it to be a hindrance. Restrictions around selling CBD via Shopify have forced more investment in e-commerce, for example.  “It probably costs us 10-times, maybe 100-times the amount, compared to just having a regular Shopify site,” she said.

Paid advertisements also present a challenge. “Probably our biggest hurdle right now is any kind of paid advertising, social media, Facebook, Instagram, Google. None of them accept CBD advertising. So it is an ongoing nightmare because, really, you can’t succeed in the skin care industry without extreme advertising. It’s so competitive. So now if you’re a brand that has CBD in your products, and you can’t advertise those products on the most important platforms in the world, you’re falling behind everybody else, and you’re seeing everyone else grow. You can’t do what they’re doing,” Marie said.

The brand has one completed new formula containing CBD that Marie and co-founder Alexandra Vreeland really love, but they’ve chosen to hold off on releasing it “until we see what happens in the industry, because it’s just been so difficult,” said Marie. However, she added, “We’re not giving up on CBD yet. We’re working through it.”