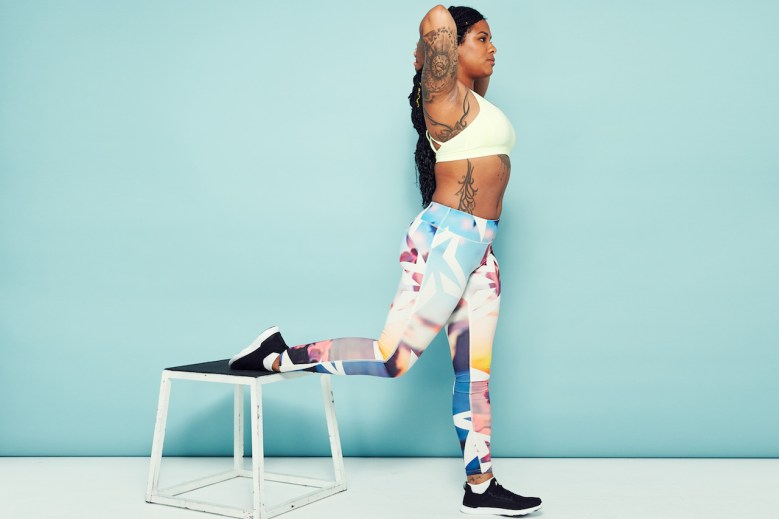 ‘Wellness isn’t just for skinny, rich white women’: How Self aims to democratize the wellness conversation

Since folding its print arm and going digital-only in September 2016, Condé Nast’s Self has worked hard to reposition itself as not just a fitness publisher but also a leader in wellness. Its take is that wellness, though seemingly rooted in privilege and exclusive to white women, should be inclusive and accessible to mainstream consumers.

Self’s latest attempts are twofold. Its digital cover strategy, which began in June 2018 with body-positive, plus-size model Tess Holliday, continues to be a boon for the publisher. The covers, which are not pegged to a celebrity project and are not monthly, center on larger, wellness lifestyle topics.

Its June 2019 cover, which debuts on Wednesday and is Self’s fourth digital cover, features 45-year-old musician Alanis Morissette, who speaks out in the issue on her third pregnancy, the challenges of modern motherhood and society’s expectations of women. Traffic to Self.com as of May 2019 had 18 million unique visitors, which was more than 138% year-on-year growth, thanks to its digital cover strategy. In 2015, when current editor-in-chief Carolyn Kylstra joined the brand as digital director, site traffic was just 3.5 million. This is concurrent with Self cutting its weekly content production of 150 stories in half to do more in-depth reporting.

Self has also partnered with tangential, but also disparate media partners like The Players’ Tribune, which focuses its content on professional athletes and sports, on 10 editorial videos and 10 branded videos (with sponsors Visa and AT&T) to broaden its audience reach and its take on wellness. The Players’ Tribune is known for its male-focused, avid sports audience. The videos were shared by both Self and The Players’ Tribune on their websites and YouTube channels. Self’s median reader age is 33 years old, and women make up 68% of the audience, with men just 32%.

“Everybody is a wellness brand right now; it is almost meaningless. Wellness isn’t just for skinny, rich white women. So when we were looking at the white space, we wanted to create something differentiated and accessible — content people couldn’t find anywhere else,” said Kylstra. “You’re not going to see stories on weight loss or getting a bikini body on our site. The topics we are talking about may not get larger play [by other outlets] unless a celebrity is associated, but they are huge conversation starters and affect who our audience is.”

The idea of a digital cover is one utilized by many women’s lifestyle publishers, from New York Magazine’s The Cut to Bustle Digital Group’s The Zoe Report to Condé Nast’s very own Glamour and Teen Vogue. As Condé Nast continues its plans to put all of its magazine content behind a paywall by the year’s end, buzzy digital covers may drive more Self readers to pay for content. “We do digital covers when it makes sense and don’t peg them to a news cycle,” said Kylstra.

And though Self has not double-downed on the wellness-event craze a la Popsugar, Well+Good and Goop, the brand continues to be a draw for advertisers, especially in the beauty and CPG space. It’s established new advertising partnerships this year with Unilever via Degree and Coca-Cola through Smartwater, and its total year-on-year revenue is up 130%. This is in step with the larger trend within the wellness market, as it continues to grow at breakneck speed: nearly twice as fast as global economy.

For now, video has become a bigger play for Self as it attempts to become more open and “brand-friendly,” said Bree McKenney, Self head of marketing. Hence, its first formalized partnership with The Players Tribune.

Its first two editorial videos, which focused on female athletes and debuted in May, saw a 58% and 24% above-average view-through rate (VTR), respectively, among Self videos in 2019. The next eight videos will roll out between now and July. For now, Self has no other large-scale video partnership planned for the rest of the year, though McKenney said it is weighing its options.

“We have very stringent and high standards of what makes sense for us, which eliminates a lot of prospectives,” said McKenney. “The diversity of the Self audience is broad, but we are trying to come at content and partnerships from an authentic place. With a lot of the other wellness brands out there, you see the trends dictate the focus of the brand, and that’s not our point of view.”