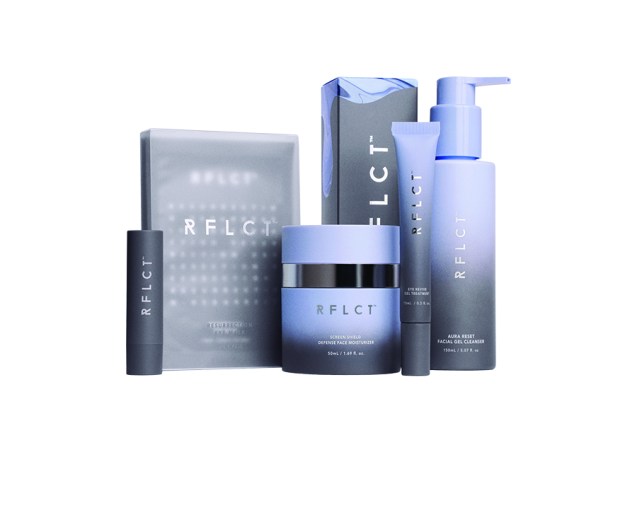 Valkyrae’s RFLCT shuts down less than two weeks after launch

On October 19, Glossy broke the news of the launch of RFLCT, the brainchild of gamer-influencer Rachell Hoffsteter, aka Valkyrae, and Ideavation Labs. The skin-care line was designed to prevent the effects of blue light, a marketing proposition many other brands have tapped into. They include Millie Bobby Brown’s Florence by Mills, Ilia and Goodhabit, among others.

After Hoffsteter was attacked on social media over the blue light claims associated with RFLCT and a conversation leaked suggesting Rae was attempting to exit her contract with the brand, RFLCT announced on October 30 that it was shutting down entirely. The brand posted on social media, “RFLCT is no longer available. Thank you to all who played important roles to conduct research, develop products, create a brand and serve as partners along our journey. While we believe in the formulations created, after further reflection, have decided to move forward on new paths, effectively terminating the RFLCT brand. Should you have further questions, please contact inquiries@rflct.com.”

In a statement to Glossy, a brand representative said, “RFLCT Skin believes in the products and the development of its formulations. Unfortunately, recent conversations have led us to the decision to shut down in the best interests of all our partners. The RFLCT brand will be donating the products to those in need and are sourcing the appropriate partners.”

“We can confirm, as of Saturday, RFLCT is no longer available at Ulta Beauty stores or on ulta.com. For clarification, Ulta Beauty was the exclusive beauty retailer for RFLCT and did not hold relationships with any brand spokesperson(s),” an Ulta Beauty spokesperson told Glossy.

RFLCT was set up for a successful launch: It was exclusively launching at Ulta Beauty, plus Rae has a built-in community of 3.6 million Instagram followers and 3.5 million YouTube followers. Yet, as soon as the brand was announced, controversy arose. Detractors were quick to criticize the science behind the brand, noting that blue light does not actually damage the skin. Dermatologists have offered mixed messages on the topic of blue light and whether or not it actually presents a risk to skin health. When it comes to protection against blue light, the ingredients used are often antioxidants. The hero antioxidant in skin care is vitamin C. And whether or not one deems blue light protection necessary, antioxidants are unanimously recommended by dermatologists.

Though detractors may have claimed that nebulous science was fueling their criticism, ultimately the internet dialogue was driven by public opinion, on both sides, of Hoffsteter herself. The commentary was also likely driven by misogyny, which has notoriously long existed within the gaming world.

“On RFLCT’s home page, we include references to academic studies citing the impact of blue light on the skin. Anyone with a computer should read these. It’s hard enough for young women to start a business in a male-dominated economy. I am confident that if a male gamer had come up with RFLCT, he would have been roundly applauded,” Joanna Coles, co-founder of Ideavation Labs, which incubated the brand, said to The Washington Post in its initial coverage of the controversy, published on October 22.

Following our first interview with Hoffsteter and Ideavation co-founder Claudia Poccia, Glossy received information about the brand’s proprietary complex. The products had been formulated using a “Blue Light Prevention Factor,” which, according to the brand, was comprised of Japanese plant extract (Artemisia Capillaris), and vitamins A and C. The products also contained RE3, a blend of three rice actives.

In a follow-up story published by The Washington Post on October 28, Coles once again pinned the backlash to Hoffsteter being a woman in the gaming space. In the piece, video game reporter Nathan Grayson concurred, at least in part. “There is some truth to this; male creators have collaborated with sketchy companies in recent times, and while they’ve received blowback, it hasn’t been quite so unanimous or vicious,” he wrote.

But all feedback was not negative. As such, fans of the brand and of Hoffsteter have been disappointed to see the brand shut down entirely. Twitter user @mrsfoxson wrote, “So for those of us that WANTED the product and were excited we just get a big FU because ppl are assholes?!?! Wtf? I wanted some, I wanted to use it and try it!”

The speed of RFLCT’s downfall will prove to be a lesson to retailers, brand incubators and, of course, retailers.

“If anything, the short-lived life of RFLCT shows how hard it can be to launch a brand outside of your vertical of influence,” said James Nord, founder of influencer marketing firm Fohr. “When you build trust with your audience, it is generally centered in the market you’re influential in — in this case, gaming. And if you’re asking that audience to follow you to another market — in this case, beauty — then you have to be even more confident about that product, because your audience’s trust isn’t guaranteed. For influencers, the lesson here is that if you’re going to go through the extremely hard practice of starting a brand, you should launch it in the category you’re best known for and most knowledgeable and passionate about.”