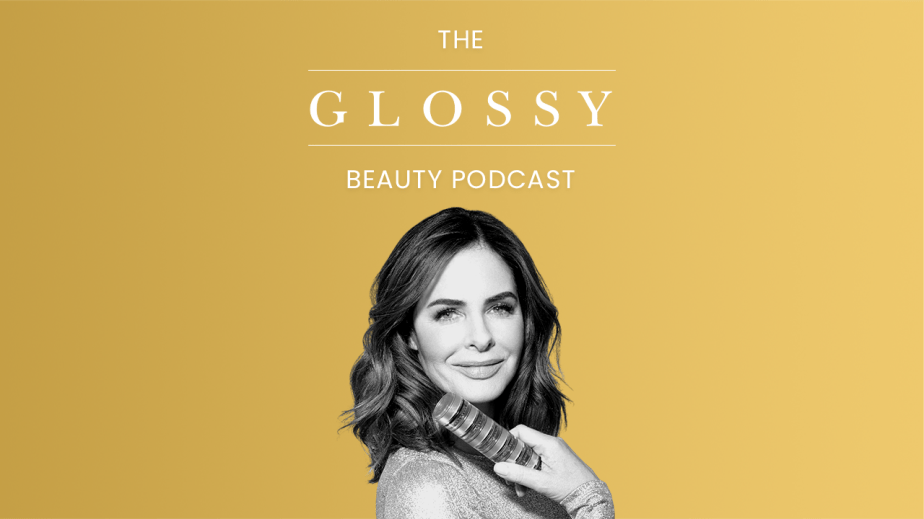 Trinny Woodall was well-known and beloved in her native U.K. as style writer and “What Not to Wear” host, well before she started her DTC makeup brand Trinny London in 2017. But, Woodall, who acts as founder and CEO of her brand, doesn’t think of herself as an “influencer” who is dabbling in beauty.

“I’m not really an influencer who’s launched a brand. I think I always knew I would launch a brand,” she said on this week’s episode of the Glossy Beauty Podcast.

Woodall said her business was on her mind for at least five years prior to its debut, but actually started taking shape when she was a child. “From six years of age, I did makeovers on girls in my boarding school, and I think I got the bug then of how you could transform how a person feels by these different aspects: by doing their makeup, their hair, their clothing. I spent 20 years refining that.”

The pandemic helped solidify Woodall’s point of differentiation. Her brand remains digital-only — a saving grace during Covid-19 — and banks on its Match2Me technology that personalizes the makeup assortment a customer sees based on their hair, eye and skin color. Last year, Trinny London hit about $62 million in revenue, and growth is on Woodall’s mind — but not necessarily in the same way that others increase their market share.

“I don’t want to be a [founder] that goes in and says, ‘OK, here’s brow. Let’s see if the 28 different variations of brow we can do [work],'” she said. “I feel that, because we have so much choice, it makes it harder and harder to decide what woman you are and what you want to buy.”

A brand for individuality
“We built this algorithm on Match2Me to be able to analyze [you]. So then, of the 150 SKUs we have, you might be offered 60 that really suit you. So then, from that, you would think, ‘Do I trust Trinny London [and] that these do suit me?’ So that’s the first thing you’ve got is do — build that trust. Trust, it’s a very overused word, but it’s built by a true authenticity of what you offer a customer. So, we made a decision that we wouldn’t use models on our site, we would use real women. We have a lookbook area, which is another way of refining what you want to choose. There are 140 women in it, and they range from 18-83 years of age. These are not touched-up beauty shots; it’s [showing] a woman and the 4-5 different looks [or ideas] that she’s got. I think that resonated too, people could find themselves in the brand. When I grew up, there were many brands that were incredibly influential and phenomenal brands. And you bought into the brand, right? You wanted to be the Lancôme girl or the Chanel girl. You wanted to be this woman. And I think that, from the get-go, we’ve felt that our brand is about you as a woman. How do you want to feel today? Who do you want to be today? Let’s help you get there.”

A lifetime of training
“From six years of age, I did makeovers on girls in my boarding school, and I think I got the bug then of how you could transform how a person feels by these different aspects: by doing their makeup, their hair, their clothing. I spent 20 years refining that. I did lots of TV shows in many different countries — 16 countries… And there’s a saying in Scandinavian and Dutch countries [that was true everywhere]. It’s like, ‘Don’t put your head above the poppies.’ [The idea] is: Don’t be a tall poppy. [In other words,] don’t stand out.  I dealt with 5,000 women over 20 years, just talking to me about what that [experience] felt like for them, and that is everything that has gone into Trinny London.”

Prioritizing customer loyalty
“It’s about lifetime customer value and churn. I think that when you are in a market where maybe the audience is much younger — and they go through things, and then go on to the next — you want to grab them, you want to develop more products and stuff. You’ll reach a ceiling of people you can get to through social. So then you think, ‘OK, let’s talk in-store. There was a bit of research about Generation Z actually enjoying a store experience more than the millennials. They were going back to an in-store experience. So then maybe it was a mixture of those two things. I’m not CEO of [Glossier or Milk Makeup,] but looking from the outside, I would imagine a few of those things were going on. So for me, I felt that I want to grow with a customer who is going to be an endlessly returning customer. It might take a while to get into the brand, but once she’s there, she’s there. She’s found a brand that she can live the rest of her life with. That, to me, is building a company on bricks, and not on a bit of uneven quicksand.”