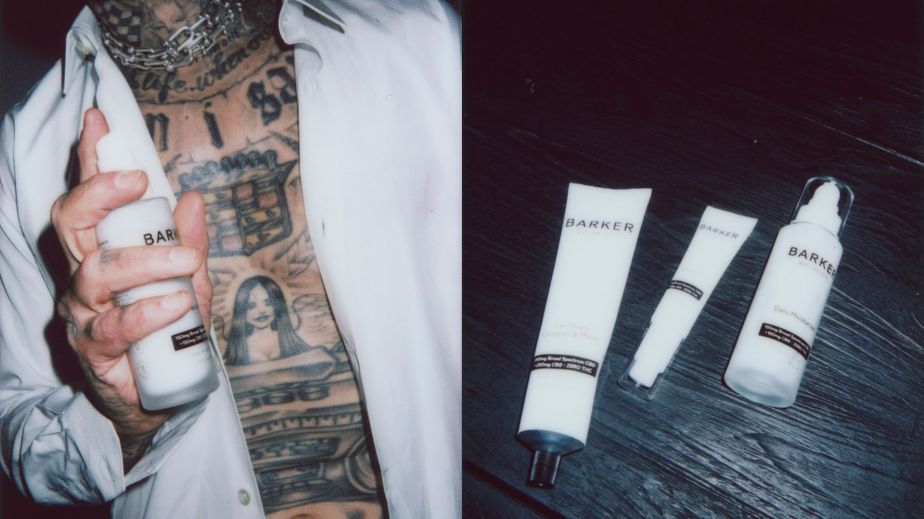 Revolve is hoping to bring in more male customers thanks to key celebrity and influencer partnerships.

Most recently, Revolve teamed up with Travis Barker’s Barker Wellness. Late last month, it released a CBD-infused skin-care brand, with products retailing for $60-$100, in partnership with Revolve. Mr. Kourtney Kardashian already had a line of CBD tinctures under the Barker Wellness brand, which launched in February 2021. But the skin-care line marked his formal foray into beauty.

“It took me a long time to find products that were vegan, cruelty-free and non-toxic,” Barker said. “I realized how hard it was for me to find these products.” That’s what motivated him to tackle his own suite of products. Barker is a strict vegan and famously particular about what he puts in and on his body.

As for the move into skin care, Barker realized he didn’t have a real routine of his own, aside from “things Kourt would put me on,” he said.

“Before I did a deep dive, I didn’t know that there are anti-aging serums, moisturizing serums, all these things,” he said. “So many guys just don’t know about it, or maybe they give up trying when they don’t find [what they’re looking for]. I wanted to make it easier for everyone.”

Barker took a holistic approach to skin care, evaluating the existing Barker Wellness assortment to see what products would complement what he was already offering. “I looked at everything I was using, from the magnesium salt bath we’re coming out with to the sleep tinctures,” he said.

For its part, Revolve is hoping to target Barker’s fanbase, much of which has been following the drummer since his Blink-182 days. That’s why Barker Wellness’s skin-care packaging is black and white without any typically “feminine” touches. It’s not being marketed as a “men’s skin-care line,” but instead as one that men might like to use.

“Travis has a multi-generational and genderless reach,” said Charina Scott, senior director of brand partnerships at Revolve. “He is a household name whose core values align with Revolve. What he has done with Barker Wellness extends beyond men and allows us to expand our beauty offerings, as well as our customer base.”

Revolve declined to provide any specific growth goals for its men’s business. The company’s total net sales increased 58% year-over-year in the first quarter of this year, and the brand saw a record quarterly growth in active customers. The time period also marked the first time Revolve has grown its active customer base by more than 200,000 in a single quarter.

In February, Revolve started shining a larger light on Revolve Man. The company began “working with more male influencers and talent for events,” said Scott, as well as “built up the roster of brands.”

The men’s brands it’s brought on include Palm Angels, Rhude and Nike, as well as Good Man Brand by Denver Broncos quarterback Russell Wilson. Revolve partnered with Wilson for an exclusive collection that debuted at NYFW last month.

In fact, many of the men at the Revolve Gallery exhibition during NYFW had their own invitations in hand — they weren’t camera-wielding plus-ones of their fashionable partners. In attendance were TikTokers Zack Lugo (10.8 million followers) and Kio Cyr (8.9 million), and “Bachelor” star and podcaster Nick Viall (600,000 TikTok followers),

“Working with content creators is a key component for us,” said Meghan Murray-Merriman, head of PR and talent relations at Revolve. These are men who appeal to all genders and have a wide variety of followers across multiple social media platforms.

It also won’t be a one-off collection with Barker. He’ll be launching more skin-care and wellness products with the company, including the magnesium bath soak and other products without CBD.