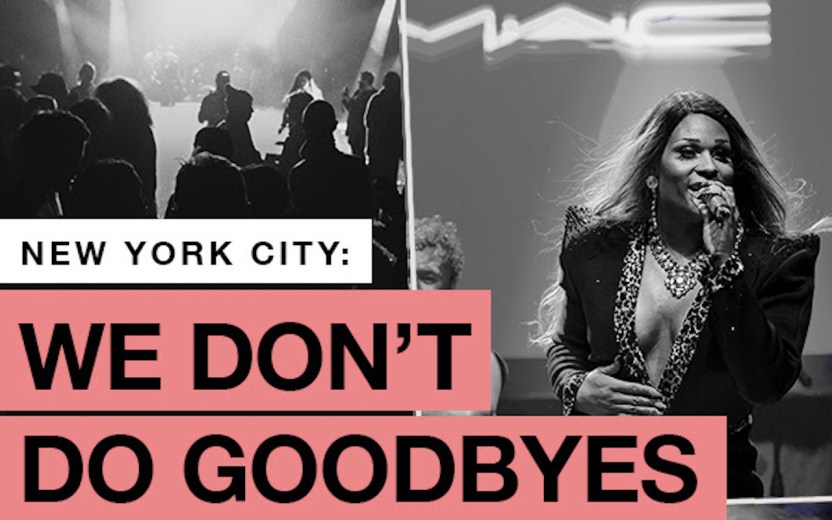 The state of the standalone beauty store

Last week, New York-area MAC customers received a blink-and-you-miss-it email with the subject line “Attention NYC! This is not goodbye this is see you nearby!” In the message that followed, consumers were informed of a party on Jan. 23 to celebrate the closing of the MAC Union Square store, as well as closings of five other locations nearby, including those on the Upper East Side of Manhattan and on Smith Street in Brooklyn.

According to a MAC spokesperson, the six closures were necessary to facilitate a greater reinvestment in other locations in New York’s five boroughs, like Times Square, Atlantic Terminal in Brooklyn and Queens Center, which will feature the most updated store format that centers on “experiences.” The beauty company is closing four additional stores in key markets: one in Minneapolis, one in Miami, and two in and around Los Angeles.

Like many brands, MAC has realized the concept of the standalone store has changed. Once heralded as a luxurious two-in-one sales driver and marketing billboard, single-brand stores are expensive to keep up when foot traffic isn’t there. Not to mention, these locations often don’t offer the promotions or beauty points of a Sephora or Ulta (where MAC began selling in 2017), nor do they provide the convenience of a grab-and-go strip mall or Amazon.

While MAC will have 226 U.S. stores as of March and will refocus its fleet around revamped customer experiences, other beauty companies have had a reckoning with the solo concept. In November 2017, BareMinerals announced the closing of 100 of its U.S. locations to right the business. In 2019, E.l.f. Cosmetics closed all 22 of its stores, which CEO Tarang Amin said cost the company around $13.7 million to operate.

Still, newer brands have managed to make the concept work at a much smaller scale. Glossier is the most obvious example, with its permanent stores in New York and Los Angeles and rotating pop-ups. But Glossier-owned stores work largely because customers have nowhere to buy product in real life; the company’s third-party presence with Nordstrom for fragrance is only temporary. According to WWD, 500,000 people have visited the Glossier New York flagship in its first year of operation.

But with its stores, Glossier further built a lifestyle, complete with Glossier employees clad in pale pink jumpsuits. BareMinerals, for its part, will be unveiling its new store concept later this year to show a revived look and feel. The upcoming flagship will also work to support the company’s direct business, which accounted for about 21% of sales in 2019, said Jill Scalamandre, president of BareMinerals, Buxom and global development of Shiseido Makeup.

“It really is about bringing in what clean looks like for Bare Minerals and that DNA, and making it a destination. We’re going to do one flagship and test it out, but it’s where we have the chance to educate our consumer with a glossary of ingredients, and show what our products do and don’t have,” said Scalamandre.

One detail to note is that BareMinerals is not merchandised within Clean at Sephora, and Ulta has yet to take a stand on clean beauty in a way that could amplify BareMinerals’ message.

Bringing a customer into a brand’s world was the driver for Winky Lux that opened its first permanent location in New York’s Lower East Side neighborhood this month. Like its five pop-ups that opened over the course of 2018 (which saw 23,000 customers), the new location features social media-friendly moments where hero products get prime placement. Knowing that 80% of those pop-up customers were new to the brand, sales aren’t the primary driver of the LES store, said Natalie Mackey, CEO of The Glow Concept.

“It really is a way of immersing the customer in the product. We’re not telling her to buy the product, but we want her to go away more knowledgeable about the brand,” said Mackey.

To that end, Winky Lux’s NYC store is attempting to offer luxury via access.

“We’re [in the middle of] all the bars. Thursday, Friday and Saturday, we will be open until 10 o’clock, so you can come in and touch up your brows before you go to Pianos [bar],” she said. “Soho is amazing, but it’s really about luxury. For Warby Parker and Starbucks, it’s all well and good, but the reality is thinking about what the store can sell. Cosmetics have a much lower average order value [than products sold] in Soho. To drop $3,000 with us, you’d have to buy everything in the store.”

So unless standalone stores drive a significant volume of sales in today’s e-commerce age, it would be better for beauty brands to bet on fewer and better stores, so experiences have the opportunity to rule supreme.