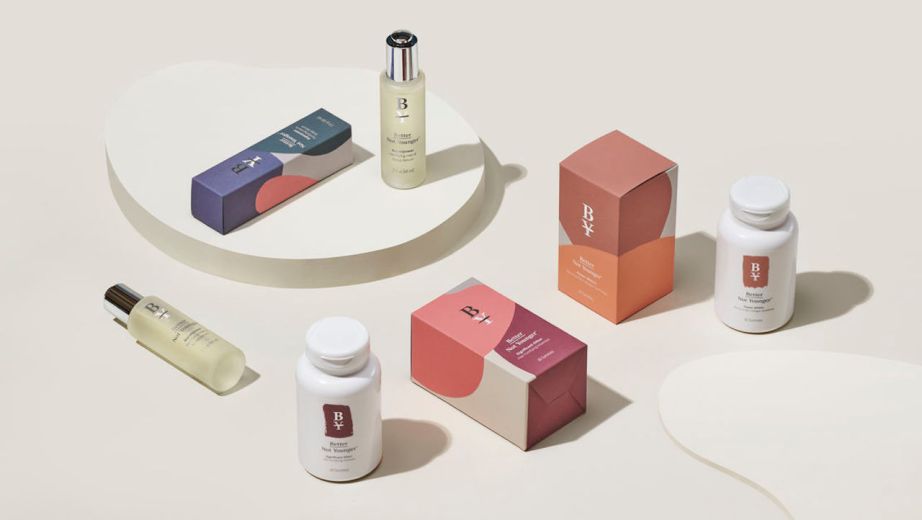 Call it the anti- anti-aging movement. Beauty brands are carving out niche products and corresponding marketing campaigns for pre- and post-menopausal women.

In March 2019, direct-to-consumer hair-care brand Better Not Younger launched, aimed at selling shampoo, conditioner, scalp serum and ingestibles for women 45 years and older. On October 15, it expanded to Sephora.com. Elsewhere, P&G’s corporate venture capital arm partnered with M13, a venture firm, on the creation of a DTC menopausal skin-care and wellness brand, Kindra. Launched in November, it sells products like sleep and energy ingestibles. It plans to launch body and a hand-foot cream in 2020. Greek skin-care brand Korres is also getting in on the action, launching two menopausal products, a moisturizer and wrinkle treatment, in January 2020 through Sephora and Korres.com.

“This is a huge, untapped white space for this underserved demographic,” said Elena Baltzoglou, a marketing consultant at Korres. “We want to bring skincare to a customer who feels neglected.”

This year, the beauty industry has seen the development of hyper-niche categories such as skincare for Gen Z and sun care for women of color, and menopausal women represent a particularly large and lucrative category. According to the American Academy of Dermatology, women officially enter menopause one year after their last period, which typically occurs around 51 years old, and this lasts for about four years. During this phase, skin becomes dryer, looser and thinner, and hair becomes thinner. Because of the unique impact of menopause on the skin, beauty brands are approaching the category as more than trying to roll back the signs of aging to preserve youth. Korres plans to launch an ongoing social media campaign for its products in January beginning with education on its products and ingredient profiles, and in April, it will launch a “positive aging” campaign with real customers speaking out about their menopause experiences.

Better Not Younger’s communication strategy also relies on acknowledging women over 45 years old and accurately reflect their lifestyles. The brand began producing video content in July as part of Google’s accelerator program, including a 42-second video asking women what life after 45 looks like. The video has garnered over 600,000 views on YouTube. Sonsoles Gonzales, Better Not Younger founder and CEO, said she had only seen brands (like Prestige Brands-owned Summer’s Eve) attempting to cater to the age group by using old stereotypes like a grandmother, a woman gardening or a woman on a cruise in advertisements. Since launch, Better Not Younger has grown sales by 50% month-over-month, and Gonzalez expects its Sephora sales for November to exceed the monthly estimate by 20%, which equates to about $48,000 in sales.

“Women my age are starting businesses, dating again and hiking mountains,” she said. “It’s not just about looking great, but it’s also about showing them in situations where they can see themselves.”

There is a good reason to pay attention to women above 45: They are willing to pay for beauty. According to the New England Journal of Medicine, 50 million women will reach age 51 in 2020. The AARP found in a national survey of 2,000 women that 70% of those ages 40 and older want to see more beauty and personal care products for perimenopausal and menopausal women. Women 50 and older spend $22 billion a year on beauty products, the survey found.

Gonzales said she sees two primary reasons for the carving out of the menopausal beauty category: societal acceptance and the rising cost of advertising toward millennial women. As a result of chasing millennials, older women were being neglected, she said. The inclusivity movement has allowed women to talk candidly about the aging experience.

“A brand like mine would have been a complete flop 10 years ago, because [the world] wasn’t ready,” she said. “But with topics like inclusivity and #MeToo, this conversation has become part of pop culture and relevant.”

Korres’ Baltzoglou agreed: “[Menopause] is the next thing,” she said. “[The industry] was talking about race inclusivity and then body inclusivity, and age is the next step.”

Because of this growing acceptance, P&G is also stepping in, albeit with some caution. Kindra (previously called Pepper & Wits) is operated through M13, for now — unlike P&G’s other brands, like Olay and Secret deodorant, which the company owns outright.

Kindra has invested in Facebook ads and will roll out Pinterest and Google ads to customers 45 years and older in 2020. P&G and Kindra would not disclose the brand’s marketing spend. If the business meets certain undisclosed profitability and revenue targets, P&G will buy back the brand, according to the two companies.

“What we want to do is change the way women [experience] menopause,” said HongJoo Sun, Kindra CEO. “Menopause has been treated as something to be cured rather than a natural phase of a woman’s life.”