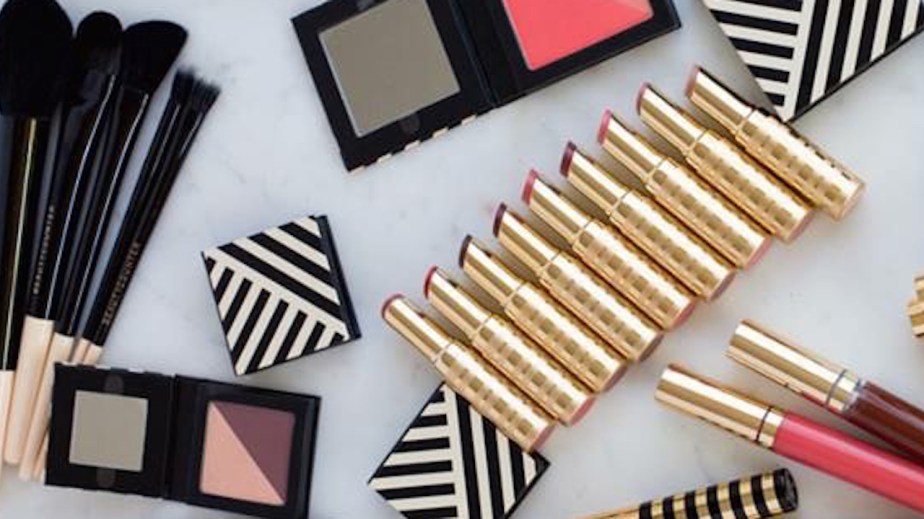 As the beauty industry looks inward to its own complicity in racial injusting, some brands are trying to do more than donate money.

Over the past week, several beauty brands and agencies have stepped forward to offer financial grants, access to mentorships and pro-bono creative work or advertising to founders that are BIPOC (Black, indigenous and other people of color). Glossier announced $500,000 in grants to Black-owned beauty businesses in addition to $500,000 in donations to unspecified organizations on May 30; public relations agency Alab Group announced a program on June 10 called “Project Amplify” to give Black-owned brands a free year of PR and marketing support. Clean beauty retailer Credo announced a mentorship program on June 3 for BIPOC-founded brands.

Indie skin-care brand Kinship launched on June 3 what it’s calling a “Direct to Community” initiative. Kinship will select five indie Black-owned beauty businesses to receive $1,000 worth of Facebook and Instagram advertising, each. Brands were asked to complete an online form asking for basic brand information, social handles and information on the support that is needed. The ad campaigns will be managed by Green Line Digital ad agency. In addition, the business founders will be able to seek advice from Kinship’s founders, creative and marketing teams for the subsequent campaigns. Kinship participated in the Pull Up For Change challenge: It has six full-time employees — 50% are white and it has no Black employees.

Kinship, an eco-friendly brand for Gen Zers, acknowledges how tightly wound customer values are with brand values; Black Lives Matter has challenged the brand to figure out how to be more active.

“[We said to ourselves] if this is important and a value of ours, what can we do? Because we’re not doing enough and activism is intrinsic to our brand,” said Alison Haljun, Kinship co-founder.

Meanwhile, creative agency School House, which works with Clinique, Briogeo and Elemis, announced on Instagram on Monday that it is offering 1,000 pro-bono hours to Black-owned beauty brands with no outside capital, on a first-come, first-serve basis. Brands can utilize up to 100 hours for varying projects such packaging design, social media creatives, in-store merchandising visuals and brick-and-mortar pop-up designs. The creative agency has 14 full-time employees and participated in the Pull Up For Change campaign, showing 58% of its company is white, and 7% of employees are Black.

So far, School House has heard from 15 different brands and scheduled introductory calls with four. Some of those brands include Coloured Raine, ConditionHER and Mad Moisture Beauty. Based on these calls, School House will determine how many hours a project will require.

“Everyone is experiencing a huge rise in engagement and awareness, so it’s a good time for [Black-owned brands] to capitalize on this moment, while people are paying attention to them,” said Brittany Miller, School House business development manager.

Skinner said that the goal is to offer 1,000 hours, or a similar initiative, every year, as well as develop programs to help increase the number of Black creatives and designers entering the industry. This could take the form of mentorships or scholarships to high-school and college-age students, as an example.

As the world, and particularly largely white companies, come to terms with conscious and unconscious contributions to inequality, there will be inevitable missteps in the attempt to be, or appear, helpful. For example, Credo received some mixed reactions when it revealed its mentorship program on social media, because it had initially declined to make the 15% Pledge to increase the number of Black-owned brands in its merchandising. While many people commented on the initial announcement post in support of Credo’s efforts, there were also people who questioned the retailer’s decision-making. Credo has since made the 15% Pledge as of June 13, according to the retailer’s responses to commenters.

In the case of rushing to provide help or appear as an ally to Black communities, brands and individuals can fall into white savior territory, according to Tim Engles, a professor of English at Eastern Illinois University and author specializing in multicultural literature and critical whiteness studies. He said that white saviorhood has several distinct features and occurs when a white person takes action to fight racism without understanding the situation they are jumping into, and often there is a lack of genuine risk or cost for the white person in question.

“The mentality and attitude that drives white saviorism are partly a result of white people being used to occupying center stage in mixed-raced groupings, which can result in another hallmark of white saviorism, unwarranted self-confidence,” he said. “Being seen as a good white person who actively fights racism is more important to such white saviors than is actually fighting effectively against it.”

Other brands are trying to be more active by working with groups whose expertise they can leverage. Winky Lux, alongside beauty retailer Bluemercury, creative agency TwelveNYC and lingerie brand Lively, are working with the SoGal Foundation, a non-profit for diverse female entrepreneurs, to provide a total of three $10,000 grants and six $5,000 grants to Black women or non-binary entrepreneurs. The intent behind these grants is to offer Black and non-binary entrepreneurs the necessary capital to create prototype products or establish limited distribution so that they are positioned well for later raising seed and Series A funding. The SoGal Foundation will also serve as a lifetime guide and network for recipients.

“There’s a level of capital you need just to get your idea in beta,” said Natalie Mackey, Winky Lux founder and CEO. “For many entrepreneurs, they go to their families or their Ivy League networks to get the $10,000-$30,000 it takes to get their product ready for the market. It’s an unfair system and kind of fucked up, because there are a lot of people for whom getting $10,000 together is nearly impossible.”

Applicants must have incorporated their business, plan to seek investor financing to grow the business, and have a “high-impact solution or idea.” Applicants will be vetted and placed into a lottery system to receive the grants. Moving forward, Mackey said that Winky Lux will continue to support a $10,000 grant every year through SoGal Foundation. Winky Lux participated in the #PullUpForChange initiative: The brand has 73% white employees, and 8% of staff is Black.

“Donating to charities that you don’t know anything about and then calling it quits is throwing money at a problem,” said Mackey. “Black entrepreneurs are going to be the ones to solve some of the beauty industry’s problems [such as shade diversity]. It’s not going to be a white person telling them what they want.”