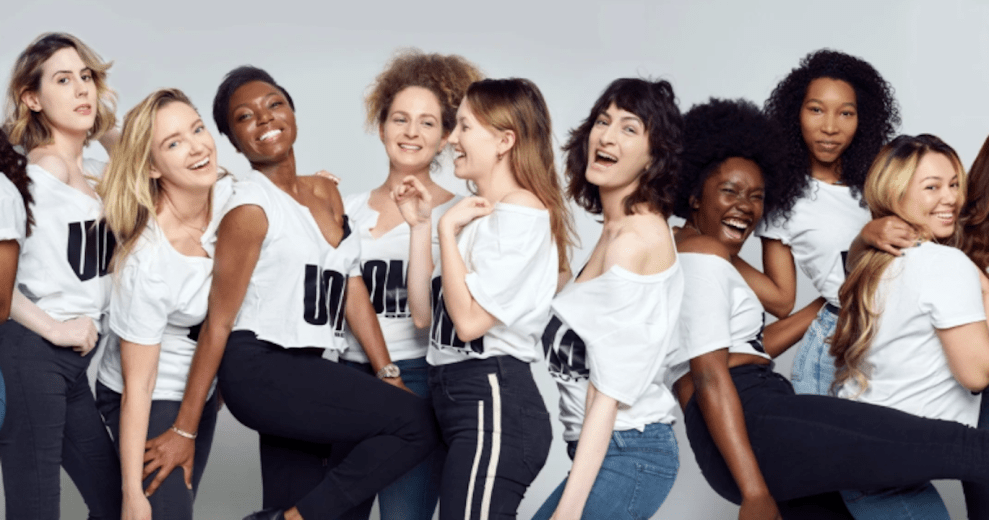 The Pull Up For Change campaign launched just last Wednesday on Instagram, and already it’s challenging two of the beauty industry’s supposed tenets: authenticity and transparency.

Sharon Chuter, Uoma Beauty founder, called the challenge an “emotional reaction” to the killing of George Floyd and race-related protests that swept the nation. Pull Up For Change asked brands to release the number of black employees they have at their organizations at the corporate and executive level within 72 hours.

“I am fed up. After watching George Floyd die, I was broken down,” said Chuter, who admitted she came up with the name of the campaign and hashtag the Tuesday afternoon before it launched. “Ahmaud Arbury was hunted for sport — we saw that. We saw a white woman choke her dog to make false accusations against a black man. There is inflatable evidence for all of this, but people don’t want to fix the system. They make a donation, and they think that’s enough because it is easy. But don’t donate $100,000 or $1 million dollars to a charity — use that money to give black people a job.”

Following Chuter’s post that Uoma Beauty employs 58% black team members and that 83% of staff are people of color, many indie brands immediately posted, like Cocokind, Farmacy and Milk Makeup, as well as bigger players like E.l.f. Cosmetics. But over the weekend, there was a tipping point with more companies like Revlon, L’Oréal USA, Lime Crime and Glow Recipe making comments about the campaign on Instagram.

Lime Crime admitted that it had to work to do — it has no black employees at the corporate level, but is 36% ethnically diverse. Other brands attempted to participate in Pull Up For Change, but muddled the message. Glow Recipe used the #pulluporshutup hashtag, but said its team refused to be tallied in that way and did not outline any staff statistics. Glow Recipe commenters, like @ernurse86, expressed that using racial injustice as a marketing tactic was not acceptable, with statements like, “This is complete BS. Just say you don’t have much diversity with your chest — honesty would garner more respect than this mess.”

“Brands feel bullied and uncomfortable, but this isn’t a witch hunt. If companies start throwing in warehouse or store or manufacturing employees just to fake their numbers, they are missing the point. I’m not a tea channel or a drama channel,” said Chuter. “We reached out to the Glow Recipe because employees told us directly they would have participated, but we haven’t heard back, a lot of have brands don’t when we ask for more information.”

Instagram accounts like Estée Laundry have also posted internal comments from employees disputing figures like those from Anastasia Beverly Hills and Estée Lauder Companies. Chuter herself also reached out to brands for more clarification. E.l.f. first reported that its team is “45% diverse” and highlighted that it is one of only 10 public companies with 60% women on its board of directors. After a conversation with Chuter, E.l.f. broke down the numbers further: Employees are 1% American Indian or Alaskan Native, 17% Asian, 7% Black or African American, 14% Hispanic or Latino, 7% two or more races and 55% white.

“I’ve been in beauty in since 1992. I started my career at Revlon, and I worked my way to corporate level to lead Iman Cosmetics. I probably wouldn’t have gotten that opportunity if it wasn’t for Iman. I’ve watched diversity continue to be a trend: Shade ranges get extended, then they are dropped; a black model gets cast and then forgotten about. It’s only because of social media and seeing the data now that brands can’t hide behind a trend anymore,” said Desiree Reid, founder and president of multicultural marketing and consultancy company Desiree Reid & Co.

Part of the problem, Reid said, is that there has been no follow through by companies to prove their efforts, citing Gucci’s hiring of Renée Tirado as its first-ever global head of diversity, equity and inclusion in 2019 after making a balaclava sweater that resembled blackface.

Ana Andjelic, strategy executive and author of The Business of Aspiration, agreed. “There is a knee-jerk reaction that HR departments, CMOs and CEOs are scrambling for, but the consumer pressure along with the cultural and social mood right now can make change happen. At this point, its complacency and laziness to do business as usual, or to only hire people who look just like you,” she said.

Both Reid and Andjelic were in favor of education for lower, middle and upper levels of companies around unconscious bias and racism, as well as clear markers on progress in six months and a year’s time. This is especially true for brands, who were founded in the community-led, DTC-era with social listening a part of their skillset.

“Brands say they want to have a conversation with consumers, but then [they need to] let the conversation happen,” said Chuter. “Communicate directly, ask what you can do better and then listen when they tell you. This is supposed to be a wake-up [moment] for improvement. If you can’t be honest with yourself, then you can’t be a better brand to your customers.”