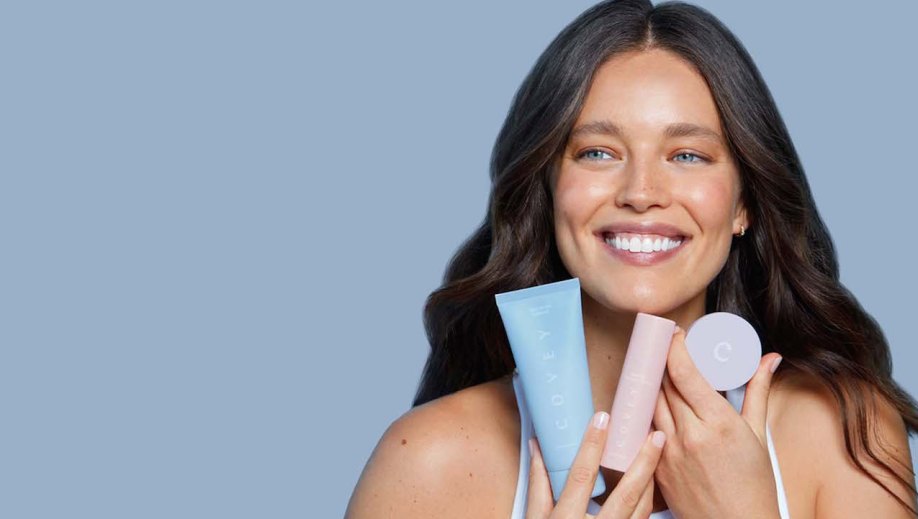 Supermodels emerge as the next batch of beauty brand founders

On Wednesday, DTC skin-care brand Covey debuted with three products: a moisturizer, a vitamin C serum and a cleanser, priced between $29 and $59. Co-founded by supermodel Emily DiDonato and Google executive Christina Uribe, Covey is the latest in a smattering of supermodel-founded beauty brands.

The emergence of supermodels as the next batch of beauty founders is based on the convergence of a few factors. The first, and perhaps most obvious, is that consumers are likely to buy into a beauty brand by a professionally beautiful woman. But beyond that, people of all types who often operate in front of a camera are taking ownership over their imagery, and expanding beyond the traditional bounds of their modeling or acting occupations.

DiDonato has been on the covers of Harpers Bazaar and Elle Italia, and has done campaigns for Armani fragrances and Maybelline. As someone who has been modeling since around age 18, DiDonato said the quality of her skin was always a concern. She found herself “playing product roulette” by combining multiple products at once, which further exacerbated existing issues. At the same time, she’s consistently seen requests from her community for beauty content.

“If you look at my YouTube channel, my beauty videos have between 2 million and 5 million views, so it was a no-brainer for me to go in this direction,” said DiDonato. “I felt passionate about beauty already, and my community is interested in seeing that from me.”

Uribe said the development of the products was informed by a proprietary algorithm that analyzed feedback from DiDonato’s followers across her social profiles as well as 500,000 best-selling product reviews across the internet. On Instagram, she has 2.2 million followers. On YouTube, she has 414,000 followers and over 28 million collective video views.

DiDonato is not the only model interested in founding a brand of her own. In January, Kate Upton launched her own skin-care and wellness brand, Found Active, as did Petra Němcová with Ace of Air. Cindy Crawford launched her brand Meaningful Beauty, partially owned by Guthy-Renker, in 2005. But it was Iman, who was far ahead of the curve with Iman Cosmetics in 1994. She launched the brand approximately five years after retiring from modeling and continues to act as CEO.

Petra Němcová, who began her career after winning a modeling competition in her home country of the Czech Republic (then Czechoslovakia), said her interest in founding a beauty and wellness brand stemmed from her lifelong veganism, her philanthropy work, and her growing commitment since 2008 to work with select conscious and sustainable brands. These personal priorities eventually led her to the creation of Ace of Air, a sustainable beauty brand in which customers rent the primary packaging and send it back after finishing the product.

“[Ace of Air] is incredibly fulfilling, and if that business or the brand has a purpose, then that’s even more exciting,” said Němcová. “Ace of Air helps people to be healthier and more beautiful from within, but it also protects our planet and empowers people through the supply chain.”

But perhaps the most notable supermodel founder of recent memory is Miranda Kerr. Her privately owned and self-funded Kora Organics has bloomed into a global clean lifestyle brand. In a 2018 interview with Fast Company, Kerr said that her husband, Snapchat founder and CEO Evan Spiegel, helped push her to commit further to her 12-year-old brand rather than working so much on behalf of clients. As a result, she has pulled in the reins on her modeling career in favor of Kora Organics.

“My modeling career is the foundation of myself and my career, but what I now find gratifying and more interesting is that I’ve been able to build these communities and followings on social platforms,” said DiDonato. “For so long, I was the face of so many brands, and it was wonderful. Now I am behind the scenes, and it’s a lot more gratifying to be involved in this way.”