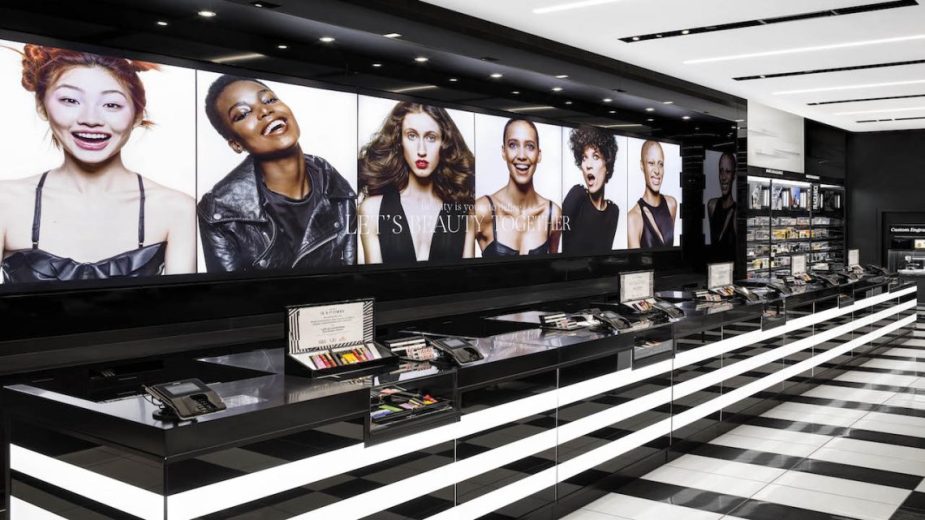 On Wednesday, multiple retailers announced the creation of a new coalition to combat racism and bias in stores.

Called the Mitigate Racial Bias in Retail Charter, the coalition brings together 28 U.S. retailers, including Sephora, J.Crew Group, Gap and Crocs, to sign a pledge to create a more welcoming shopping environment for consumers who are Black, Indigenous and People of Color. The coalition was co-created by Sephora and the anti-discrimination nonprofit Open to All, in response to Sephora’s Jan. 2021 study on racial bias in retail. Sephora commissioned the report in 2019, before the racial unrest in 2020 triggered by the killing of George Floyd and the subsequent calls to action within the beauty and retail industries, such as Pull Up For Change and the 15 Percent Pledge. Sephora’s report found that two out of five U.S. retail shoppers experienced unfair treatment based on their race or skin tone and that BIPOC retail shoppers were three times more likely than white shoppers to feel most often judged by their appearance. Sephora was called out for racial bias and discrimination in 2019 when R&B singer Sza recounted a shopping incident in which she was racially profiled.

“We believe Sephora is in a position to influence the retail industry,” said George-Axelle Broussillon Matschinga, vp of diversity and inclusion at Sephora. “That’s why we co-initiated with Open to All. We want to see more collaboration among retail partners, [as well as] more progress and a collective impact, so that BIPOC customers will say [to us] that they see change and feel that they belong.”

Signatories will go through a mandatory two-hour anti-bias virtual training. The charter also recommends a series of initiatives such as increasing diversity in marketing and client services. Additionally, participants will continue to share best practices on an annual basis in person — first, in October —  to report on their progress. Sephora has worked with Open for All since 2019 and contributed to the development of its Racial Bias in Retail toolkit and pledge for retailers to sign. Overall, the objectives of the coalition are divided into three pillars. The first is to increase diversity across marketing, products on shelves and store workforces to prevent exclusionary treatment before customers enter a store. The second is to provide store employee training on the experience of BIPOC shoppers to facilitate improved interactions, and the third is to create a feedback loop to improve in-store service.

“To see these brands coming together as a coalition to implement change is both promising and inspiring.  The Charter drives visibility but also works to keep us accountable,” said Nicole Moses, senior manager of DE&I at J.Crew Group, which includes J.Crew and Madewell. “Working together ensures the impact goes well outside any one company’s sphere of influence and has a global impact.  It’s driving the kind of change we want to see and we believe we can be.”

Moses added that 2020 was a “wake-up call” for the retailer group. It has since invested in DE&I training across the business, signed the 15 Percent Pledge and allocated funding to support diversity efforts, including creating her role and the formation of our DEI Executive Council and Associate Impact Groups. In 2022, the focus expanded to include a “holistic approach” by fostering safe spaces for communities of color in-store and, on the corporate level, supporting employees’ mental health.

After Sephora published its Bias in Retail report, the retailer followed up with a report on what it is doing to improve in July 2021. Sephora plans to share another update approximately six months after signing the charter. Broussillon Matschinga said that, in 2022, Sephora is focused on increasing representation among its store employees and within its marketing and merchandising. For example, since the previous progress report, Sephora increased the representation of Black-owned and Black-founded brands in its digital marketing from 11% to 15%. It also introduced quarterly digital campaigns to drive awareness and sales to Black-owned brands and produced a documentary for HBO Max about the legacy brand Fashion Fair.

“[The charter] is not about perfection. It’s a commitment today for a better tomorrow,” said Broussillon Matschinga.