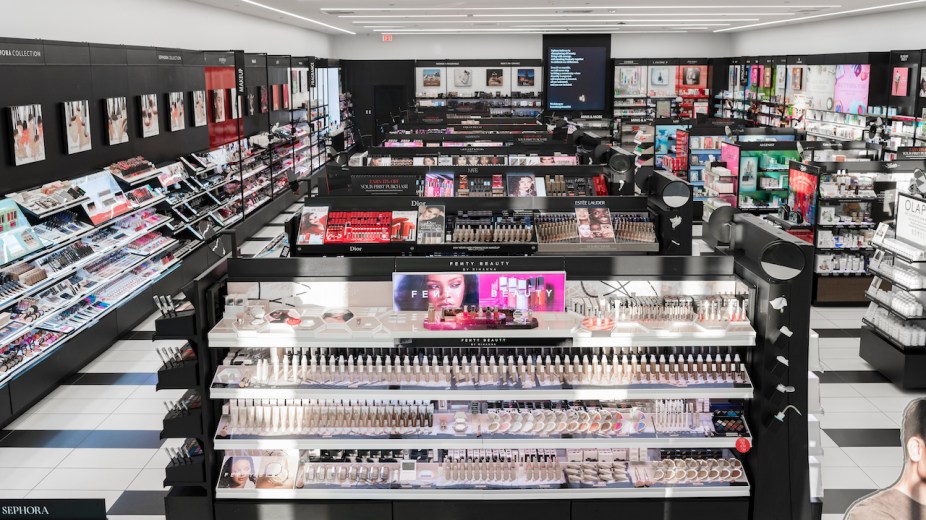 The race for middle America’s beauty customer is on.

On Tuesday, Sephora announced its largest North American store expansion in its 20-plus-year history, opening 100 new locations over the course of 2020 in second-tier markets like Charlotte, North Carolina; Nashville, Tennessee; and San Jose, California. Beyond providing a wider geographic footprint, Sephora’s new stores are smaller in format, at 4,000 square feet versus 5,500 square feet, and located in existing and new shopping centers, allowing the retailer to directly compete with challengers like Ulta.

“A little over a year ago, we began thinking about the journey that our client has been on. She has been showing us that she really has a desire for more ease and convenience in her shopping,” said Jeff Gaul, Sephora’s svp of real estate and store development. “We have a terrific network of existing stores in Times Square, on Fifth Avenue and on 34th Street, but what we have been lacking is being in those neighborhoods where she goes to SoulCycle or picks up pizza on Friday evening.”

Beyond SoulCycle, Gaul explained that many of the newer formats will be near large national chains like Nordstrom, Target, West Elm and Athleta.

LVMH touted Sephora’s strong performance in its 2019 annual results last week. Its Selective Retailing division, which Sephora is a part of, saw 5% year-on-year organic revenue growth. But that boost largely came from Asia, the Middle East and online sales. Though e-commerce sales at Sephora are increasing, foot traffic in stores is reportedly down, according to one anonymous beauty brand founder that sells at the retailer.

Considering LVMH-owned Sephora has sold largely in luxury neighborhoods and held expensive real estate in the past, the new locations are part of a strategic evolution as it competes with Ulta’s 1,200-plus stores. Sephora has not dumbed down its assortment to be more accessible in price as Ulta has made a play for the prestige market. Not only does Ulta have the DTC newness that customers crave in the form of Kylie Cosmetics, but it also has drugstore crossover with brands like Maybelline, as well as toothpaste and sexual wellness launches making the case for ease.

Gaul said these city-center stores will serve as “spokes” to Sephora’s metro “hubs.” He did not reveal the investment in these stores but said Sephora was welcomed by local shopping center landlords and took a “look for less” approach in their design to be more cost efficient.

With this new format, Sephora has also reimagined the weight it has placed on color cosmetics. Skin-care and hair-care take up more real estate in the front of these locations, as do revamped versions of its multi-use studios that give customers access to treatments and paid services. However, Sephora won’t be abandoning its megastores of yore; one is set to open in American Dream later this year.

“We saw the trend with the consumers really moving away from color about a year ago, and merchants were incredibly in tune with that. Our presentation accommodates the best in beauty now and is meant to be flexible to correspond to whatever is trending at the moment,” said Gaul.