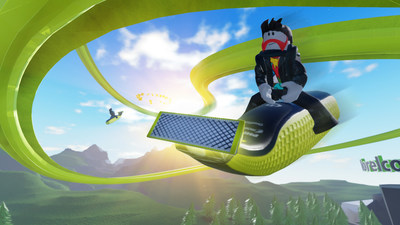 As beauty and grooming brands contend with misinformation on TikTok, Philips Norelco is leveraging the platform to spread truths about men’s health.

In early November, Philips Norelco, consumer division of the Philips technology conglomerate, launched a “Movember” activation promoting men’s physical and mental health on Roblox. At the same time, across its social media channels, the company rolled out health advice and information from a men’s health doctor. Since the start of the campaign, the Roblox world, dubbed Shavetopia, has attracted 1 million players who’ve spent 43,838 hours in the space. That makes it one of the fastest growing mental health-focused activations by a brand on the platform to date, according to Roblox. It’s also the most popular brand-driven philanthropic brand activation.

With the campaign, Philips Norelco wants to push the message that it’s more than a grooming brand; according to Philips Norelco grooming marketing director Rafael Viestel da Silva, it’s mainly a tech brand. In its 2022 third-quarter earnings report, the company reported 4% year-over-year sales growth in its personal care business, which includes grooming, and a renewed focus on innovation for the fourth quarter and 2023. The company launched its Shavetopia world on Roblox on October 27, ahead of the month-long Movember campaign. The brand declined to share the exact investment in the campaign. Fifty-one percent of Roblox players are men and 60% are Gen-Z, according to Roblox.

Philips Norelco partnered with Dr Jake Taylor, MD, MPH (63,000 Instagram followers), fellow in Urologic oncology at UT Southwestern Medical Centre, on the Instagram potion of the campaign, leaning on him to develop the included language. Dr. Taylor has built his social following by providing information and fighting misinformation around men’s mental and physical health. According to him, brands need to rely on experts in the medical industry when tackling marketing related to health.

“We’re creating this world of better health for the future. Whether it’s mental health or conditions like diabetes or heart disease, you have to start building those earlier habits at a young age,” said Dr. Taylor. “As a physician and a father, it’s important to model those habits to help younger generations develop a sense of ease around having those conversations. There used to be a lot of stigma.”

“Specifically with younger guys nowadays, mental health conversations are very important, based on the latest statistics around issues like suicide — the suicide rate is four-times higher among men than women,” said Viestel de Silva. “For us, having a voice in that conversation as a brand that our male customers use everyday is important, too.”

As part of Shavetopia, Roblox visitors can select from a few mini games. Each features unique Philips Norelco power-ups, or game enhancements, as well as visualizations of the brand’s most versatile tool, its OneBlade. Shavetopia players, regardless of gender, can choose from and purchase a variety of avatar facial hairstyles. Shavetopia features portals to four other fan-favorite games on Roblox that have big audiences in the game: Retail Tycoon 2, Emergency Response, Liberty County and Tower Defense Simulator.

In addition, Philips Norelco will donate $400,000 to the Movember Foundation, a non-profit organization committed to changing the face of men’s health. For every Philips Norelco and OneBlade handle sold in CVS and Walmart stores in the U.S. between October 1 and December 31, Philips will donate $0.50 per unit, with for a maximum total donation of $100,000.

For the brand, the Roblox was a draw due to the growing popularity of philanthropic partnerships and the chance to target Gen Z. In June, Victoria’s Secret teen brand Happy Nation focused on fundraising and giving back through its Roblox activation. Within the first six weeks of going live, Happy Nation’s first Roblox integration, within the “BayView” world, drove 10,500 donations to Undies for Everyone, a charity providing underwear for children living in poverty. And footwear brand Red Wing launched a charitable project to improve housing for the homeless through Roblox in November.

“We’re trying to find ways to reach Gen Z, as this audience is harder for us to reach with more traditional media channels like Instagram. It’s important to use different avenues like Roblox to bring the conversation around men’s mental and physical health together in a more organic way,” said Viestel da Silva.