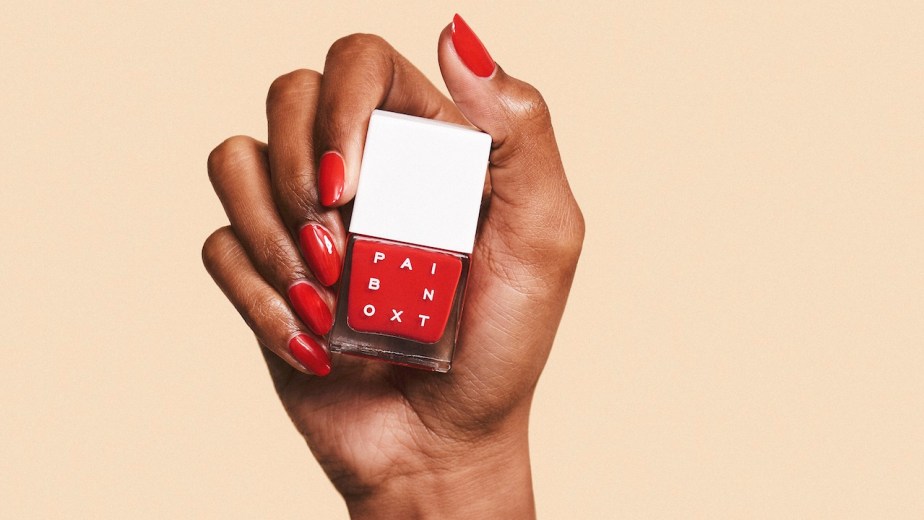 Paintbox, the New York City-based nail salon known for its nail art and upscale services, is the latest among nail salons recently launching their own line of nail polish products.

The new line, called Power Couples, debuted on June 18 with three nail polish duos, for six shades total. Paintbox founder Eleanor Langston, a former beauty editor and now chief creative officer of Paintbox, decided to create her own line when she noticed the frustration and indecision customers faced when standing in front of a typical wall of nail polish. Paintbox, unlike most traditional nail salons, does not feature a nail polish shelf where customers can pick a shade. Instead, customers are encouraged to work with manicurists for suggestions on colors and styles.

The five-year-old company has only one location, in the SoHo neighborhood of NYC, making its product launch an unusual move for a young brand, especially when nail polish sales have been slumping. Despite global growth, nail polish sales in the U.S. have been declining. In 2017, the U.S. nail-care market grossed $1.1 billion, but it is expected to decline by nearly 12% by 2022, according to market research firm Euromonitor International.

“The reason we did product before our second location is that, operationally, there’s so much going into [brick-and-mortar], and we have a lean team,” she said. “The dream here is that the product builds a strong cult following. We are investing now, because we believe it could be a strong revenue stream.” Paintbox has over 205,000 followers on Instagram and earned $2 million in gross sales in 2018, according to Langston.

Other nail salons, like Olive & June and Tenoverten, have also begun selling their own nail polish products instead of opening additional locations. Paintbox’s color collection will rotate seasonally, in order to keep the collection edited.

“I’m not worried about a shrinking market,” said Jane Hong, Paintbox CEO. “I think a sign of a shrinking market in nail polish is actually a reflection of a lack of innovation and lack of interesting options. It’s a market that’s ripe for the taking, in the sense that no one has done anything new in a very long time.”