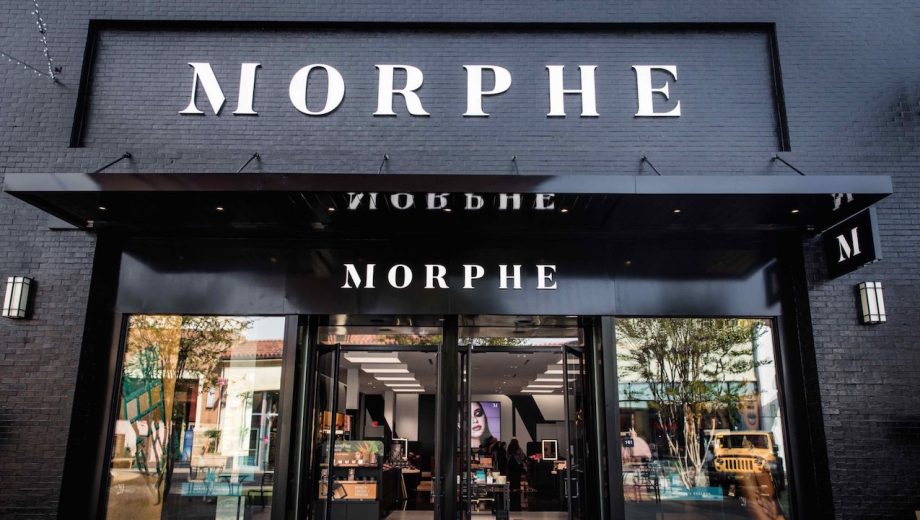 After stories first bubbled up on TikTok that Morphe standalone stores were closing across the U.S., leaving store employees with little notice or severance benefits, the mega makeup brand confirmed all stores have been closed.

In a tweet from the brand account on January 5, the brand confirmed the news stating, “We have made the difficult decision to close all Morphe stores in the U.S. We are forever grateful to our store teams for their passion, talent and dedication over the years.” A second tweet added, “Customers can continue to shop Morphe online and at select retailers. Morphe stores outside the U.S. will remain open.” According to Morphe, at least 42 Morphe stores existed across the U.S.

In a statement to Glossy, a company spokesperson said: “Following a careful evaluation of all aspects of our business, we have made the strategic decision to enhance our focus on the Company’s wholesale and e-commerce operations going forward. We believe this shift will position Morphe to better compete in the broader beauty landscape and more efficiently reach our customers where and how they shop. Connecting with consumers around the world through beauty stands at the center of everything we do, and while we have loved welcoming customers into our stores, we look forward to focusing on the foundational areas of our business, including our wholesale partnerships, robust e-commerce footprint and innovative brand marketing strategy.”

Starting late last week, TikTok videos allegedly from Morphe store employees began trending, with the hashtag #Justiceformorpheretailemployees seeing over 1.1 million views as of Thursday. A video from a makeup artist, saying they worked at an Arizona Morphe location and arrived for a shift only to find an empty store, has more than 2.5 million views.

As recently as 2019, Morphe was prioritizing its standalone store locations and planned to launch in-store content studios at every location. In 2017, the brand had only one store, in Burbank, California, but according to Glossy reporting, it aimed to have 50 stores in four countries, including Australia, Canada and the U.K., by the end of 2019. At the time of a 2019 story, it had 12 content studios in operation. In Aug. 2019, private equity firm General Atlantic made a reported 60% acquisition of Morphe, valuing the business at $2.2 billion. In August 2020, Morphe announced it would be bundled under the portfolio company Forma Brands, a new incubator, accelerator and “curator of next-generation beauty brands” owned by Forma and its parent company General Atlantic, according to a press release. Morphe, Morphe 2, Jaclyn Cosmetics, Bad Habit, Lipstick Queen and Playa Beauty are listed on Forma Brands’ website as portfolio brands. Forma Brands CEO Myles McCormick left in 2022 and was replaced by Eric Hohl, who previously spent 12 years as CEO of Too Faced Cosmetics. General Atlantic previously owned Too Faced before selling it to The Estée Lauder Companies for $1.45 billion.

In Oct. 2022, fresh rumors of an impending Chapter 11 bankruptcy by Forma Brands were widely reported, citing information from credit intelligence company Reorg Research. Business of Fashion reported that Forma Brands had budgeted for over $420 million in revenues in 2021, but was on track to come in about $80 million short of that figure. Morphe’s revenue for 2021 was $295 million, down from about $500 million cited in media reports in 2019. Jaclyn Cosmetics was the only Forma brand that came close to hitting revenue projections, with $18.2 million in sales.

While not a surprising outcome given the rise and recent fall of Morphe and its parent company Forma Brands, the latest news on shuttering stores from the once-mega brand signifies greater industry shifts over the past two years. Morphe, founded in 2008, largely rose to fame due to its ability to leverage YouTube makeup stars like Jaclyn Hill, Jeffree Star, Tati Westbrook and James Charles in the form of makeup collaborations. But a series of messy feuds primarily between Star, Westbrook and Charles, the downturn in makeup spending due to Covid-19, a consumer shift toward skin care and minimal makeup, and finally the emergence of TikTok as the premier home of beauty influencers, spelled doom.

The YouTube feud partially resulted in accusations of alleged sexual misconduct (in the case of Charles) and assault (Star), requiring Morphe to sever ties with both influencers. Meanwhile, soon after Hill’s eponymous brand, Jaclyn Cosmetics, launched, a widescale recall was issued for contamination of its lipsticks. Westbrook’s own brand, Tati Beauty, closed in 2021, two years after it launched. A brand spokesperson at the time denied the brand was owned by Morphe. Tati Beauty was owned by Westbrook.

Morphe and Forma Brands have attempted a series of revamps. In July 2020, Morphe launched a Gen-Z-focused sub-brand called Morphe 2, featuring TikTok stars Charli and Dixie D’Amelio as brand ambassadors. Charli D’Amelio was then tapped by Morphe to release a fragrance called Born Dreamer in June, exclusively through Ulta Beauty. YouTube sensation Emma Chamberlain signed on as creative director of Bad Habit, an incubated skin-care brand that launched at the end of 2020. Forma Brands and its majority-owned General Atlantic acquired hair-care brand Playa Beauty in August 2020. They’re now ensconced in a legal battle with founder Shelby Wild over what she claims was a “false promise” regarding payment and growth for the brand.

According to Business of Fashion, Forma Brands was also planning to roll out a skin-care line developed with the help of famed dermatologist Dendy Engelman. Its attempt to venture heavily into the celebrity beauty space, with Ariana Grande’s R.E.M. Beauty, launched in Nov. 2021, plus a Demi Lovato beauty line was planned.

But little has seemingly resulted from these efforts. Chamberlain quietly left Bad Habit when her one-year contract expired; the brand reported just $3.4 million in sales last year, less than half of Forma’s projections, according to Business of Fashion. Meanwhile, Grande reportedly owns the R.E.M. Beauty brand but licenses it out to Forma, which handles product development, manufacturing and marketing.