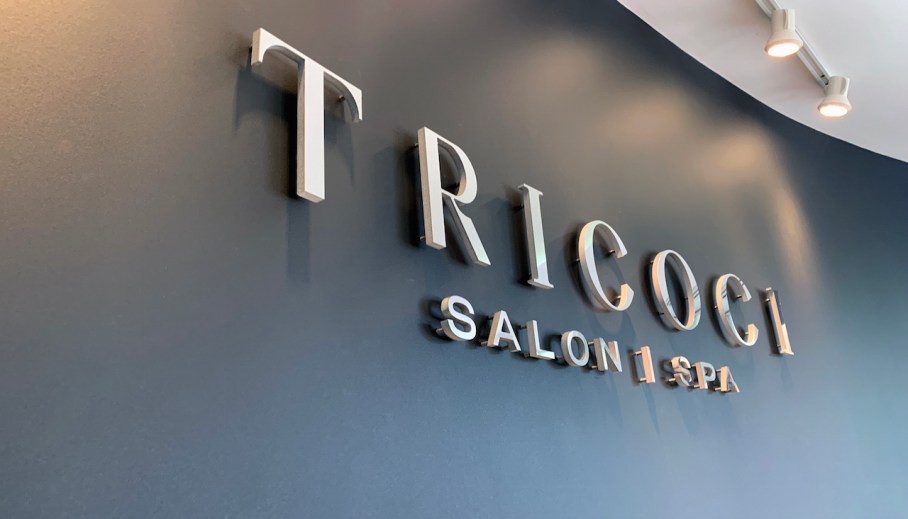 After 43-years in business, Midwest salon chain Mario Tricoci Salon & Spa is rebranding, as the larger industry faces its biggest upheaval to date.

By rebranding from Mario Tricoci Salon & Spa to Tricoci Salon & Spa, the intention is to separate the man from the brand as a way to shore up its legacy and heritage, said Mario Tricoci, Tricoci Salon & Spa founder. He compared the future of the salons to the way fellow Italians Giorgio Armani and Gianni Versace have fashion labels that exist beyond their creators. The rebrand also involves the launch of the salons’ first line of 15 clean hair products and six travel-size products on Aug. 17. The products will be sold through Tricoci Salon & Spa, with the goal of nationwide retail distribution, said Tricoci. Mario Tricoci employs 1,270 people across its 14 salons, its e-commerce business and its cosmetology schools. Tricoci launched e-commerce in May, which is projected to make up 3% to 5% of 2020 revenue. Tricoci’s 14 salons reopened at the end of May, after temporarily closing in March.

“In the beauty industry, we need to consistently and continuously learn and reinvent, because the world changes so quickly,” he said. “We cannot do things the way we used to do them, and expect new and exciting performance or results.”

Tricoci, who is in his 70s, did not indicate that the salon business was gearing up for a sale as a reason to push its legacy branding. But the family-owned Tricoci Salon & Spa have been under outside ownership before. North Castle Partners private equity firm purchased it in 2000, and at the time, it merged the business with Elizabeth Arden Salon Holdings. But a 2005 story from the Wall Street Journal said that consolidation was not an easy road and the Tricoci family ultimately repurchased the salon business in 2018. Meanwhile, Elizabeth Arden Red Door Spas, which had since rebranded to Mynd Spa & Salon, filed for bankruptcy in March after Covid-19 served as its coup de grâce. It was still owned by North Castle Partners at the time.

Mynd Spa & Salon’s fate is indicative of the precarious situation in which spas and salons currently find themselves. Despite reports of clients coming back in droves during June to receive hair cuts and color, the industry has not recovered and will not for some time. In the U.S., the salon and spa industry had more than 1.2 million businesses bringing in more than $57 billion in sales, according to a 2019 Professional Beauty Association report. There is a lack of data on how many salon businesses have permanently closed due to coronavirus, but by comparison, during the 2008 recession, 30% of salons went out of business. To help salon employees, trade organization Professional Beauty Association is currently advocating for the industry’s inclusion in the 45B FICA Tax Tip Credit, which is now a tax credit on tips for bars and restaurant workers.

The salon industry is still suffering in countries that have tackled coronavirus containment better than the U.S. In the U.K., hair services resumed in July, but the government postponed a planned resumption of all beauty services (such as face, brow and lash treatments) until at least Aug. 15. At the same time, at-home categories like nail polish and hair dye have gained significant traction since quarantines were put in place, threatening longer term shifts in consumer behavior.

Further compounding the salon industry’s troubles are added expenses for cleaning. Tricoci Salon & Spa are going beyond state regulations for sanitation, according to Chris Santiago, Tricoci Salon & Spa CEO. For example, guests who arrive early are asked to wait in their car and to come inside when they’ve received a text message. Tricoci Salon & Spa has also contracted a nightly cleaning crew and have hired two additional porters per salon, who are in charge of sanitation between clients throughout business hours. The added yearly expense is expected to be in the “high six figures, potentially $1 million dollars,” said Santiago. To offset the cost, Tricoci Salon & Spa initially added a $3 surcharge to all services in June, but ultimately decided to absorb the cost after feedback from unhappy clients.

Additionally, the salons’ capacity has been capped at 50%, and the salons aren’t performing facials. Add-on spa services, including manicures and facials, typically make up 31% of Tricoci Salon & Spa’s revenue. In 2018, at the time of repurchase from North Castle Partners, Tricoci Salon & Spa earned approximately $60 million in annual revenue, though the company declined to state 2019 figures.

“Similar to retail and hospitality businesses, the salon industry is predicated upon people getting out and having the dollars to spend,” he said. “We’re definitely expecting a [decline in revenue], and we’re doing everything to power through that. But I don’t foresee us being back to normal for a few months.”