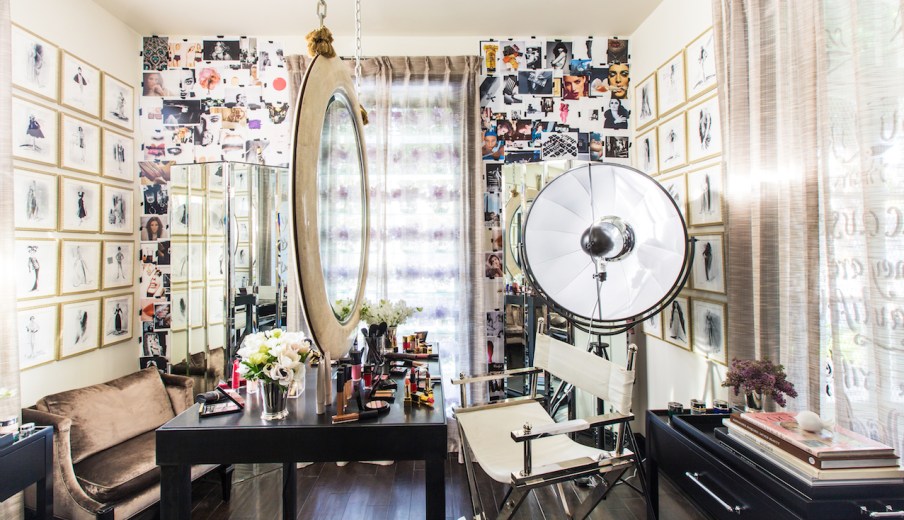 As the beauty industry prepares for month six of coronavirus, makeup-first companies are attempting to elevate the virtual shopping experience.

For Blushington, a makeup and beauty lounge that has specialized in IRL event applications and how-to classes, CEO Natasha Cornstein has made the difficult decision to not reopen any of its seven locations in New York, California, Texas and Pennsylvania for the foreseeable future. Instead, Cornstein has leaned heavily on virtual classes that she has sliced and diced in different ways: one-on-one classes with makeup artists, group “Pretty Parties” and teen-focused “Beauty Bootcamps” (the latter is meant to replicate summer camps teens and tweens attended pre-pandemic).

“On March 13, we made plans for temporary closures for two weeks. Not realizing what was to come, I was looking at professional-grade cleaning services and disposable brushes, but then I realized this was not temporary,” said Cornstein. “We were going to be shut down for the long haul.”

As such, Blushington had to innovate, and fast. “We’re fighting to keep all the work we have done these last eight years alive,” said Cornstein. The virtual iterations of Blushington’s classes are a take on what the company began in April, when it provided free makeup application classes to health-care and essential workers. “We learned Zoom, adapted all of our class curriculum to online teaching and spent three weeks practicing on each other. It’s been challenging because we are all bleeding, but also exciting because every class we book puts one of our [remaining] artists to work,” she said.

For the customer, however, Cornstein wants to emphasize a time of relief and play, often lost in the era of Covid-19. This is best demonstrated in Blushingtons’s group classes like its teen bootcamp (for attendees up to 15) and its corporate classes. The latter have been a recurring booking for some companies; one undisclosed firm bought a 12-class series for its female executives, said Cornstein. Virtual classes for one-on-one guests range from $25-$250, while group Zoom classes are $75-$150.

“It’s meant to be a perk or a moment of pleasure and engagement,” said Cornstein. “I think we are all under so much pressure, but particularly women. Beyond all the juggling of responsibilities, family and work, all day, looking at Zoom 24/7 — it is a chore.

As of the end of July, Blushington had booked 455 participants in its classes, and approximately 10% of customers had rebooked additional classes. To date, the company is seeing a 49% attachment rate of class participants placing an order on Blushington.com, with an average order of $70. Cornstein said 100% of company revenue has been via these classes. She did not disclose exact figures.

Adding an element of fun to never-ending virtual appointments is something that Armani Beauty is also exploring. For its July launch of its latest foundation, the company worked with interactive video plug-in company The Call List to create custom creative assets and production for its virtual influencer event. Beyond providing customers with products to try ahead of time, the event featured multiple hosts, pre-recorded media, survey prompts and a live Q&A. An Armani Beauty spokesperson said the company is looking into possibly bringing the high-touch virtual experience to customers later this year.

But companies understand that luxury in makeup today also means ease. In September, Violet Grey is launching SMS shopping to better engage with its beauty customers, and is also planning to add AR and VR capabilities to its e-commerce site in the first quarter of 2021. Violet Grey founder Cassandra Huysentruyt Grey called these priorities” white glove” e-commerce. On the physical retail front, it will debut by appointment shopping in its Los Angeles store in November.

“Retail today is looking like Blockbuster video; it’s antiquated. And the behavior of shopping at the beauty counter, which was so prized, will never go back,” she said.

Pre-coronavirus, Violet Grey’s retail store made up 20% of its business, but since since March, is has shifted to only 10%, according to the company. Meanwhile, since March, the company has seen its e-commerce site grow 83% year-over-year. Grey would not comment on reports that it is exploring deal options or its $1.35 million loan from Assembled Brands.

To avoid e-commerce being used largely as a replenishment tool, as it was pre-Covid-19, Grey said that SMS, AR, and VR will be crucial. Thus far, she said the company has done “similar revenue” from pivoting its four store associates to act as a hybrid between personal shoppers and customer service agents.

“The women at the store are probably the No. 1 reason customers go to the store, and even though we do a tight edit of our beauty assortment, customers have questions and want to know everything, they want you to spend time with them. An SMS hotline gives access to these women and serves as a solution,” said Grey. Pre-pandemic, she planned to roll out a members-only shop at the company’s L.A. headquarters in May, plus shop-in-shop installations in airports and bigger retail stores in 2020, so bringing the luxury element of stores online is key for the company’s future.

“Entrepreneurs by nature have to be comfortable with chaos and uncertainty. We convince ourselves we know what is going to happen, but right now, no one has yet convinced themselves,” she said.