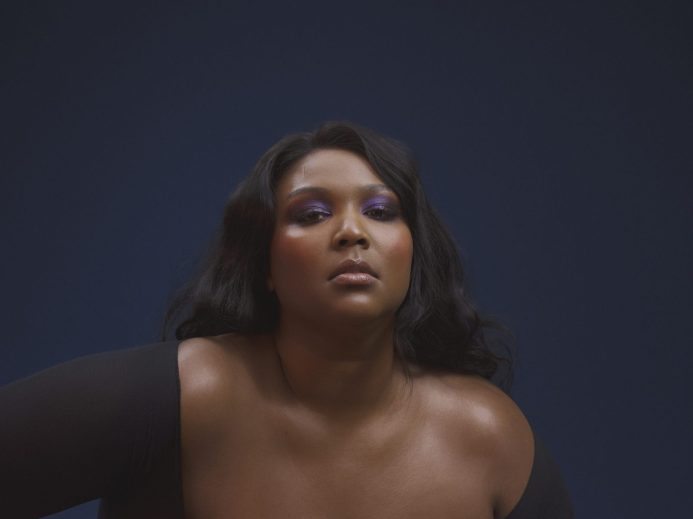 It’s impossible that Dove could have known it would be announcing its partnership with Lizzo to the media as the world awaited the results of the Derek Chauvin trial for the killing of George Floyd. In a world where Black mourning so often overshadows Black joy, the impending news hung over what should have felt like a more celebratory moment.

On Tuesday afternoon, Lizzo was on a livestream with Dove to discuss her involvement in the brand’s ongoing Self Esteem Project, which first launched in 2004. Through this partnership, which will include press, social media posts and other appearances, the two parties hope to “transform social media into a more positive and empowering place for the next generation,” according to the brand.

But before host Dre Brown, celebrity makeup artist and Dove Self-Esteem Project educator, began the conversation, she took a moment to acknowledge the weight hanging over the moment. In response, Lizzo said, “I lived in Minneapolis for a long time. I have a lot of loved ones there right now…My heart is racing. And I think, for anyone else who feels the same way, we should just take a deep breath of healing together,” she said, deeply inhaling. “Because I really need it.”

Then, shifting gears to the topic she had planned to discuss, she said, “Black joy is important, Black celebration. And that’s what I want to do right now: celebrate myself, celebrate my Blackness and my body, and have a positive conversation that will bring some change.”

The Dove and Lizzo partnership is centered on encouraging parents to have the “selfie talk,” by talking to their children about using social media in a way that doesn’t negatively impact their mental health. Lizzo spoke of her own path to body positivity, healthier social media practices and also fame. “If I’m going to continue to live in this body and survive in this body, and be happy and actually enjoy life, I need to find a way to like myself,” the singer said. “I was body negative for a long time. And then I became body positive, which is the opposite of that. And it’s disruptive.”

Earlier on Tuesday, Lizzo posted a nude, unedited photograph to Instagram announcing the partnership, writing, “I am excited to be partnering with @dove and the #DoveSelfEsteemProject, which is helping to reverse the negative effects of social media and changing the conversation about beauty standards. Let’s get real y’all.”

The Dove Self-Esteem Project found in a study it conducted that, by age 13, 80% of girls have uploaded a retouched photo of themselves to a social media post.

“The scary thing about it is, when I was [12 or 13], I felt the same way,” she recalled, now 34. “I remember waking up and wanting to be someone else — change my body, change my color, my hair texture, the shape of my body, the color of my skin. But I didn’t have photo retouching, I didn’t have filters or anything like that. It scares me to think that now there is a tool that actually cashes in on that insecurity. It not only cashes in on it, but it makes it bigger, it feeds the monster,” she said.

She said that, for people of all ages, there’s now a never-ending cycle of seeking to ‘improve’ oneself in increasingly unrealistic ways. “There’s something really dangerous about that,” Lizzo said.