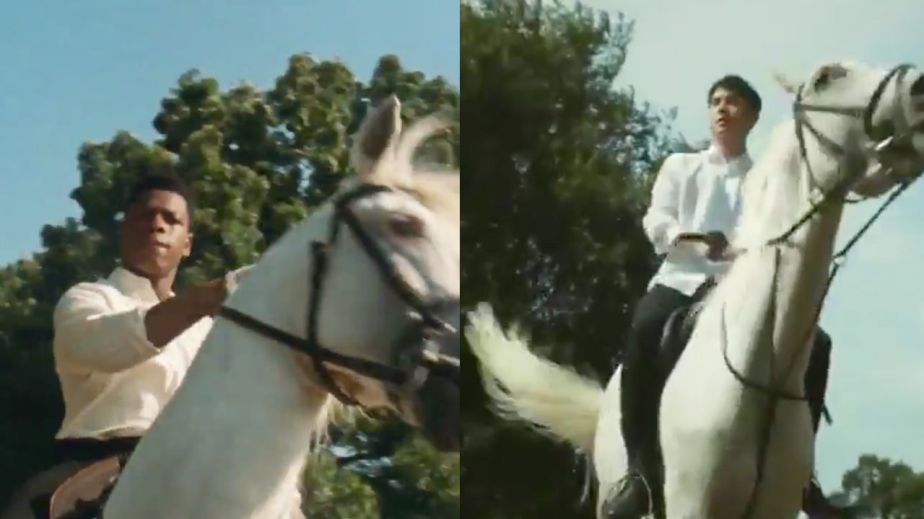 When perfume label Jo Malone named “Star Wars” star John Boyega its global brand ambassador last year, the partnership was originally a great success story for the brand — the ad he directed and starred in won the best campaign award at the 2020 Fragrance Foundation Virtual Awards.

But that relationship has now been severed, following the revelation that the brand had taken the award-winning ad and re-shot it for the Chinese market, replacing Boyega with a Chinese celebrity without notifying or compensating him. As a result, there has been a wave of criticism of the brand on Instagram and Twitter, and Boyega’s announcement that he was ending the ambassadorship has been liked over 124,000 times. The incident points to several wider issues in global brand marketing, including the lack of credit and compensation for creators of color and the unwillingness to feature Black talent in some international markets.

Boyega’s Twitter announcement stated that his choice was based on “their decision to replace my campaign in China by using my concepts and substituting a local brand ambassador for me, without either my consent or prior notice.” He added, “The film celebrated my personal story — showcasing my hometown, including my friends and featuring my family.”

“It is standard practice to take global campaigns and translate them into the local market including shooting local variants of that content,” said Danielle Bailey, managing vp and head of APAC research at Gartner. But where the brand went wrong was not involving him, she said. “If they went to John Boyega and said, ‘We would love for you to serve as the creative director on these international versions of the ad that you made so successful, because we want to export that same sort of message around the world,’” he probably would have agreed to it, said Bailey. “But that conversation was never had. Without that credit and commerce compensation conversation is why Jo Malone finds themselves in the place where they are.”

Jo Malone parent company Estée Lauder Companies released a diversity pledge in June 2020 saying it would “increase our pool of Black talent among our behind-the-camera creative teams and require input from Black professionals or consumers in the development of concepts.”

“We’re clearly in this moment where Black people generally and Black creators specifically are saying, ‘We need to be credited and compensated for our work, for our ideas and for our IP,’” said Bailey.

But ELC made clear that its diversity pledge was focused specifically on the U.S. market. With regard to featuring proportionate representation of Black models internationally, it promised to do so in “regions and markets where appropriate.”

When it comes to the China market, top Chinese celebrities have significantly higher recognition than foreign counterparts. According to Bailey, 94% of the engagement on Jo Malone’s Weibo account comes from posts featuring Chinese celebrities. The brand’s Chinese social media does not feature Boyega at all, but it does have a wide range of images featuring white models.

“There’s been a long history of a trope or a myth that Black entertainers don’t sell internationally, and this is despite Black culture having huge global impact,” said Bailey, noting the massive popularity of hip-hop and streetwear in China. Boyega has spoken out in the past about being subjected to this stereotype by Disney. The company faced widespread online backlash in the U.S. in 2015 when it became known that his image was significantly smaller on the Chinese version of the “Star Wars” poster.

“It’s a chicken and egg thing,” said Bailey. “If you don’t get into the markets and get exposure, you’re not going to have relevance. It’s a self-fulfilling prophecy kind of situation.”

Boyega said in his Twitter announcement, “While many brands understandably use a variety of global and local ambassadors, dismissively trading out one’s culture this way is not something I can condone.”

While Jo Malone declined to comment for this article, it released a public apology to media stating, “The concept for the film was based on John’s personal experiences and should not have been replicated.”

Several incidents of racism in Chinese advertising and media have gained attention in English-language media over the past several years, including a 2016 laundry detergent ad, a televised 2018 Chinese New Year gala skit depicting characters in blackface, and a Colgate-Palmolive toothpaste brand name called “Black People Toothpaste” in Chinese that remains under review by the company.

Nonetheless, some brands are still forging ahead with diverse ad campaigns in China.

“The importance of consistency in a brand’s image and key messaging across markets is evermore important,” said Iris Chan, a partner for international client development at Digital Luxury Group. She noted that Cartier recently took a different approach from Jo Malone, releasing a global ad across markets with a diverse group of celebrities including Rami Malek, Willow Smith and Jackson Wang. “The creative output may then vary to localize by market, but the ideation is predicated on the range of celebrities involved so that those variations can be appropriately executed.” Cartier previously faced backlash earlier this year when it described a photo of two men in a Chinese Valentine’s Day ad as “father and son,” despite the fact that they were similar in age and portrayed as a couple.

Experts say that the approach of localizing content must resonate culturally. Not only did Jo Malone appropriate Boyega’s story, said Yaling Jiang in Jing Daily, but “the goal with localization is to create an authentic narrative for the local market, whereas this campaign did the exact opposite.”

“The issue here is the approach Jo Malone London took to ‘localizing’ the ad for the China market,” said Chan. “Replacing one celebrity for another and maintaining all the creative elements is simply not localization or meaningful to the local market. Especially in this case — an ad in which John Boyega was not only the star, but also the central source of inspiration for the storyline as well as the creative development. It reminds me of the early days when brands would take English content created for Western markets and ask to have it directly translated to simplified Chinese, and call it a day.”