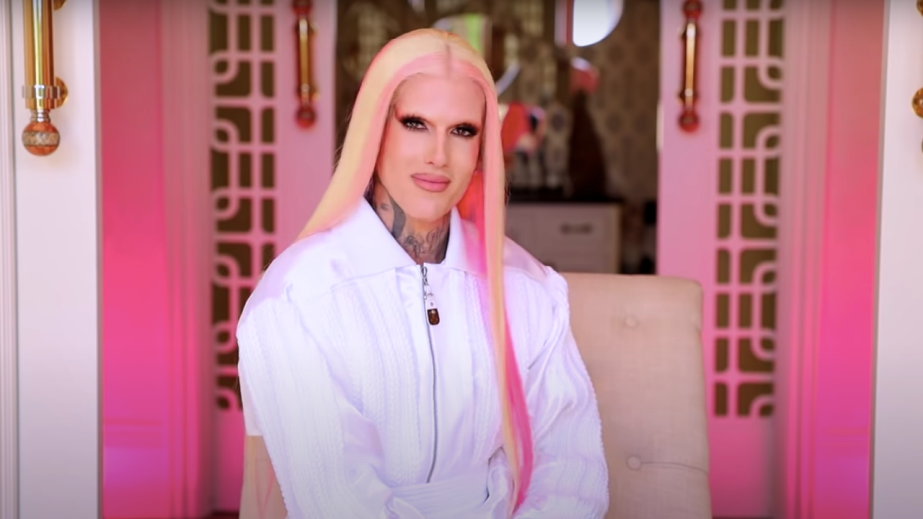 One of YouTube’s most-subscribed beauty influencers, Jeffree Star was never one to avoid controversy. But after the loss of a major brand partner and followers in 2020, he is back in the public eye with a pledge to stay drama-free.

Progressing in recovery from a serious car accident in April in his soon-to-be permanent home state of Wyoming, the mega-influencer has been making the media rounds in the past month to discuss his beauty brand’s Pride initiative. Jeffree Star Cosmetics is donating $25,000 plus a portion of sales from its Rainbow collection to TheOD Foundation, a nonprofit advocating for LGBTQ+ individuals in the criminal justice system.

In the past year, Star and his eponymous beauty brand have been in the headlines less for CSR initiatives and more for numerous controversies. In July 2020, Jeffree Star Cosmetics lost its partnership with Morphe. The split came after several other beauty influencers cut ties with Morphe, with some stating overtly and some implicitly that they were doing so in response to allegations of racism made about Star. Their decision to cut ties came not long after he was embroiled in another round of influencer “Dramageddon” that led to the demonetization of his beauty collab partner Shane Dawson. And in December 2020, a Business Insider report unearthed documents stating that a Jeffree Star Cosmetics executive had paid $45,000 to a sexual assault accuser to retract their statement against him. Star declined to comment.

After a year of posting less frequently on YouTube, Star is planning a new start of sorts. In June, he announced in a YouTube video his upcoming move from Los Angeles to Wyoming. He also stated that his days of getting involved in “drama” are over and that he recently began seeking therapy. He plans to get back into his schedule of posting on YouTube once a week.

The move will take place in mid-July, after his 20,000-square-foot, $20 million Hidden Hills mansion sells. According to Star, traveling there with his seven Pomeranians necessitates flying private. “They have their own nanny and security.”

In Wyoming, Star is launching a fulfillment company in Casper called Scorpio Logistics, a “sister company” to his Killer Merch fulfillment center in Los Angeles. The Wyoming space handles fulfillment for his Star Lounge merch brand and for local Wyoming businesses. While Killer Merch works with other top YouTubers, the Wyoming clients have “asked to be anonymous,” he said, because “Wyoming is very small and they like to be left alone.”

Jeffree Star Cosmetics and Killer Merch, meanwhile, will stay at their five-warehouse facility in Chatsworth, California, which has 125 employees. A local Wyoming news report stated that the companies Jeffree Star Cosmetics, Inc., and Jeffree Star Pets, LLC have both been filed with the Wyoming Secretary of State, with their primary locations still listed as Chatsworth.

While Star wants to steer clear of drama these days, he hasn’t been totally silent on his major Morphe split. He recently tweeted that Morphe had “betrayed” him and that he would be making a video on the topic. He has since changed his mind about a tell-all video.

“I decided not to do a video because a lot of the times when I dive into a subject, it gets turned into something that it’s not,” he said. He said his “betrayed” tweet was in reference to the products’ appearance in TJ Maxx’s British subsidiary, TK Maxx in the U.K.

“They didn’t have permission, but in our agreement, they could do that,” he said. “I don’t think it’s a negative, it was just shocking that there was no communication and then our products appeared in TK Maxx. I don’t have an issue with it, of course. They had to do what they had to do with their stock. I just had no communication with them.”

Regarding his brand’s split with Morphe last year, he said, “I’ve made amends with it; I don’t think it was the right decision.” While Morphe has not specified why it cut ties with him, the decision came eight days after beauty influencers including Jackie Aina and Alissa Ashley ended their partnerships with Morphe in July 2020. While Aina did not mention Star by name, she tweeted, “I refuse to align myself with a company that continues to retail anti-Black racist beauty brands.” Star had previously publicly tweeted attacks on Aina in 2017, after she had stated in a YouTube video that she would not support his brand due to videos of him using racial slurs in his MySpace days. In 2018, she tweeted a statement that said, “I have not and will not excuse his blatantly racist behavior.”

His criticisms of Aina had involved calling her a “rat,” an insult he has also used in the past toward beauty influencer Shayla Mitchell. Online users have pointed out that he has only used this particular insult toward Black women. When asked about it, he claimed it had “nothing to do with race.”

Star has released several apology videos for his past behavior, including one last month that apologized for his involvement in drama. But he confirmed that he has not reached out directly to Aina to apologize. “I don’t talk to anyone in the beauty community,” he said. “I’ve made peace with all that stuff, and I don’t honestly think about it.”

In Star’s view of the Morphe split, “everything online was just too intense and the investors felt maybe I was a loose cannon, and they felt the need to pull away.” He added that the brand had previously stuck with him through “the ups and downs of a lot of online drama and controversies.”

“I really thought we were going to be partners forever,” he said. “The two owners that used to own it, Linda and Chris [Tawil], sold to a corporation of old men in the office in suits, and they made a quick rash decision that day. They gave us hardly any notice and no conversation, and our relationship sadly dissolved.” Morphe had sold a majority stake in the company to private equity firm General Atlantic in 2019.

Morphe had been the channel for about 22% of the brand’s wholesale sales, according to Star. The split resulted in sales going a “percentage down a little bit,” Star said, but he did not disclose the number. “It wasn’t life-altering; our brand didn’t go through a huge change. It was just disappointing how things ended.” DTC e-commerce is the brand’s main channel, and it’s also stocked at Beautylish in the U.S. In addition, it’s sold at a wide range of beauty retailers and e-tailers in countries across Europe and Asia, as well as in Mexico, Australia and New Zealand.

In 2020, sales for Jeffree Star Cosmetics were “pretty consistent,” said Star. He did not specify sales numbers, saying, “I love being a question mark sometimes.” But he noted that the brand’s lipstick sales have increased by 400% in 2021. The brand’s Velour Liquid Lipstick is its number one SKU.

For his total income from his businesses as well as YouTube ads, Star said that “2020 was really good for me.” While he did not disclose his total income, Forbes listed him as the 10th highest-earning YouTuber for 2020, estimating that he made $15 million. He noted that last year’s income “wasn’t as big as 2019 at all,” but said he expects more YouTube revenue this year. “I took so many breaks last year. I definitely was not consistent.”

Star estimates Jeffree Star Cosmetics to be worth $1 billion. Regarding rumors about past acquisition efforts, “I’ve definitely had a meeting with Estée Lauder [years ago],” he said. “[But] the corporation’s too big, and when a lot of the brands sometimes sell, their formulas get dumbed down. The vision gets obscured in a bad way. It wasn’t for me.”

Star “lost millions of followers” in the wake of the controversies of last year, which he described as “cancel culture at its highest.” But 16.4 million YouTube users have remained subscribed to his channel, ranking him third among beauty YouTubers based on subscribers. He follows (now-demonetized) James Charles and Yuya (Mariand Castrejón Castañeda).

“The Star family is very loyal,” he said, referring to his fans. He added that he does not consider himself “canceled.” In addition to keeping fans, “I still get PR from most big beauty brands,” he said.

“Being canceled means that someone should go away forever because they’re the worst person on the planet, so I definitely don’t relate to that,” he said. “I think I’m uncancelable, and the term is just so overdone.”