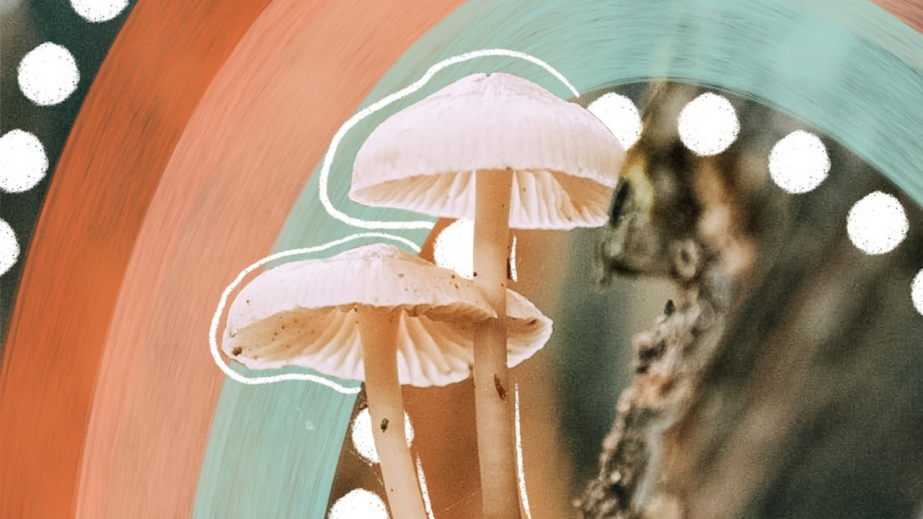 Is mushroom beauty the next CBD?

From supplements to skin care, mushrooms have taken over the beauty and wellness worlds in the past year. For a Glossy Clubhouse talk last week, we gathered founders in the space, including Strange Bird founder Tina Rudolf, Frwrd Skincare founder Vladimir Druts, Wlkdkat founder and CEO Amy Zunzunegui, Apothékary founder and CEO Shizu Okusa, Golde co-founder Trinity Mouzon Wofford, and Mara Beauty founder Allison McNamara. They discussed all things mushrooms, including their connections to psychedelics and parallels to CBD, and consumers’ thoughts about the word “adaptogen.” A few highlights from our talk are below.

Explaining the benefits
After first finding their way into wellness, mushrooms have become a popular ingredient for beauty brands, as well. While Golde founder Trinity Mouzon Wofford noted that the brand’s reishi and turkey tail supplement is geared toward immunity and stress defense, beauty founders described mushrooms’ multiple benefits in skin care.

“We love tremella. It’s our primary mushroom, I would say. I found it [to be] incredibly, incredibly skin-plumping, and it does have a very small particle size, relative[ly], so it can hold a lot of water and create a beautiful moisture barrier on your skin,” said Vladimir Druts, founder of mushroom skin care brand FRWRD.

“Reishi is great for calming down an irritation or redness, so that’s why I love using it with a really active formula, specifically in our vitamin C serum,” said Mara Beauty founder Allison McNamara.

Explaining adaptogens
The word “adaptogen” has been used frequently in connection to mushrooms, but “there’s still so much confusion” about it, said Apothekary founder Shizu Okusa. She noted that her brand sends out an “Adaptogen 101” email, which has been “one of the most powerful” marketing emails for the brand. “We found that the best way to educate around adaptogens is through visuals,” she said.

“It’s an exciting buzzword, but at the end of the day, what folks are most interested in is the benefit story around the superfood [of mushrooms] and understanding what it can do for them,” said Wofford.

“I think there is a future for psychedelic mushrooms, but I wouldn’t want it to be how the CBD and the cannabis world came to market,” said Okusa. “What happened with cannabis was that it went legal, but there were so many questions and so much confusion. And then immediately, so many brands entered the space. We certainly would not offer a psychedelic for a while, until we felt like people were very clear about what it was and [there was] more transparency around regulation.”

The rise of mushrooms in beauty “is giving me a lot of that early CBD vibe,” said McNamara. “I still think it’s very new for the mass market. I do think the potential for this ingredient to grow is astronomical.”

Cultural appropriation
One thing that the speakers emphasized was that mushrooms are by no means a new discovery; they have thousands of years of history in cultures across the world.

“As someone who is 100% Chinese, I grew up with these wellness philosophies my whole life,” said Strange Bird founder Tina Rudolf, who experienced “being sort of made fun of [for] eating mushrooms or bringing mushrooms to school as part of my lunchbox. Then I grew up, and now it’s this trendy thing. A lot of brands message it as this cutting-edge new thing,” she said.

“Whenever you are utilizing an ingredient that has a cultural heritage, which most of them do, acknowledge that up front, always. The issue really comes when a brand comes out and claims to have discovered something new, or takes credit for that ingredient without first acknowledging where that may have come from in the first place,” said Wofford.

Mushroom culture and branding
From popular books and documentaries to psychedelic imagery, mushrooms have a big fan base in the U.S. that has become its own subculture. Brands have been increasingly tapping into that.

“Mushrooms are super fun, interesting and sexy,” said WLDKAT founder Amy Zuzunegui. “There is still this fascination and mystery about them that brings this kind of sexiness. We try to take a pretty light-hearted, edgy tone of voice to it,” such as with taglines like, “Your skin on shrooms.”

Participants in the Clubhouse talk counted themselves as part of the mushroom subculture, as well. “I’m a little obsessed with mushrooms. I’m wearing mushroom earrings,” said Okusa.