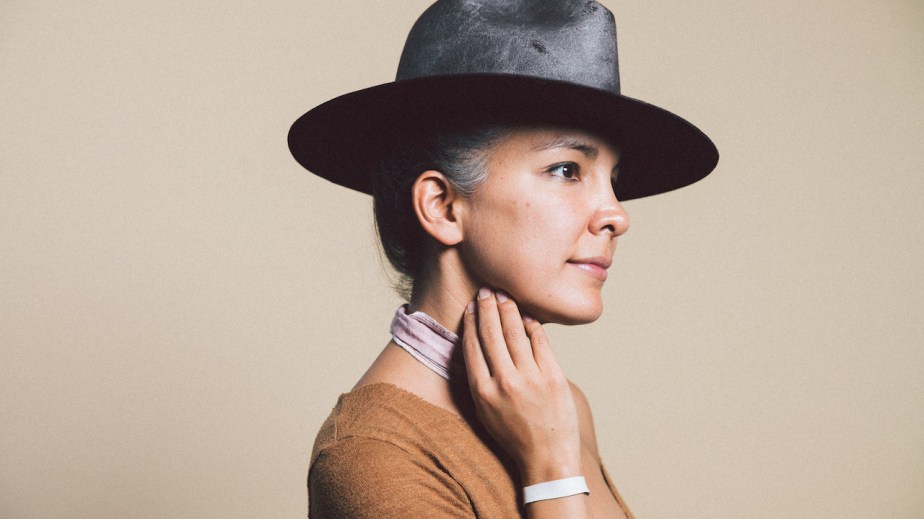 ‘I learned a big lesson’: Miki Agrawal on her bidet brand and life after Thinx

Miki Agrawal has a room of hats. Well, to be fair, it doubles as an office. But five floor-to-ceiling shelves are dedicated to her hat collection — black ones, tan ones, gray ones, ones that work like stilettos, granting her just enough height to look a good four inches taller than her 5’1″ frame.

If you’ve followed Agrawal, 40, since 2016, you’re familiar with her hat collection. On Instagram, where she’s fashioned herself a Gary Vee-like evangelist to her fanbase of 47,000, she’s even created a franchise based around her affinity for hats with “Hat Chat,” snippets of video content featuring her wearing a hat while doling out advice on topics like “the importance of thinking big” or “the truth about fear.”  Today, in her airy Williamsburg apartment, she’s wearing a Satya Twena-brand hat to go with her rectangle-print linen jumpsuit.

While, she says, she loves Vaynerchuk, she thinks he’s “really masculine,” and she sees a place for herself as a talking head. “I think there’s definitely a need for a female voice in the motivational space — someone who has experience building things, creating things and looking at things differently,” Agrawal says, her feet perched on a rainbow rug in her sunny living room. Since she’s received so much business advice over the years, she decided to give it away in the form of punchy, bite-sized videos on Instagram.

“The idea [of ‘Hat Chat’] is ultimately about giving value and sharing the best nuggets that have been said in podcasts, interviews or talks, and sharing them out as a way to empower and inspire people to keep disrupting in their own lives,” says Agrawal.

“Disrupt” has become a word close to Agrawal’s heart. In January 2019, she published “Disrupt-Her: A Manifesto For The Modern Woman,” her second book, meant to empower women to question the status quo. “[To disrupt] just means questioning everything in your life. It means challenging societal norms. It means going deeper into why things are being done the way they are and deciding for yourself what feels great and what feels right and true to you. What feels in alignment to you in this day in age?” she says.

Born in Canada, Agrawal began her career as an investment banker and as a semi-professional soccer player for the New York Magic. After tearing her ACL, she worked as a freelance production manager for clients like Justin Timberlake, Beyonce and Victoria’s Secret. At 26, she opened her first venture, the restaurant WILD, “a farm-to-table pizzeria.” And in 2011, Agrawal co-founded Thinx, a company that makes underwear made to be worn during the menstrual cycle. Amid allegations of sexual harassment, which were later settled without admission of wrongdoing, Agrawal stepped down as CEO of Thinx in March 2017. Agrawal’s focus has since shifted to her venture, Tushy. Agrawal serves as chief creative officer of the sustainable, affordable bidet company, which launched in 2015.

To explain Tushy, Agrawal rattles off a plethora of clinical information. According to her, while cellphones and information access has constantly evolved, the way we “wipe ourselves” hasn’t changed since the 1890s, and “it’s killing 15 million trees per year to make toilet paper.” Then she gives me an analogy: “Imagine if you jumped in your shower, didn’t turn the water on and just used dry paper to wipe your dirtiest bits. Would you call yourself clean? Why are we literally taking dry paper, smearing poop up our butts and sitting on that all day long? That stuff creeps up to our vaginal canal and causes UTIs. That wiping exacerbates hemorrhoids causing anal fissures. It’s a real problem, but we’ve been so indoctrinated by society and by conditioning that this dry paper properly cleans us.”

While the bidet concept of using “a precise stream of water to wash yourself” has taken off in Europe and Asia, it hasn’t in the states. Agrawal set out to offer a bidet “that easily washes your butt clean and isn’t a multi-thousand-dollar product” like Toto, which sells bidets that are cost-prohibitive for most Americans. Agrawal’s version is $79. The product pays for itself within two-and-a-half months, because people will spend nearly that much on toilet paper in that period of time, according to Agrawal; you use 80% less toilet paper, only required to pat dry. If you want to go the zero-waste route, you could also buy the brand’s “organic bamboo butt towels.”

Agrawal said the bidet is for “anyone who has a butt,” though the company’s voice is geared toward millennials. Its largest consumer base is ages 22-55. Tushy is growing its revenue two-and-a-half to three times each year, and its annual revenue is currently in the eight-figure range, though Agrawal declined to comment further.

While Tushy is Agrawal’s current main focus, she’s better known for her role at Thinx, where she was CEO and founder. While she remains tight-lipped about the circumstances surrounding her departure from the company — “I wish I could chat more about it, but it was resolved a long time ago,” she said — the experience taught her a valuable lesson, which is to hire seasoned executives.

In 2017, a complaint was filed by Thinx’s former head of public relations, Chelsea Leibow, alleging sexual harassment by Agrawal, which included touching an employee’s breasts, sexual exploits and conducting conference calls unclothed. Agrawal had denied the claims to The Cut, saying they were “baseless” and with “absolutely no merit.” At the time Agrawal left, Thinx was worth over $100 million.

“You just hire young people and be as ‘scrappy’ as possible,” she says. “I learned a big lesson: to put senior management in place early, to really form that culture in a really clean way.” It’s something she’s applied with Tushy, recruiting a strong base with CEO Jason Ojalvo, a seasoned Amazon exec.

For now, she’s focused on trying to not repeat mistakes from her past by growing slow and steady as opposed to “scale, scale, scale.” And instead of speaking clinically to consumers, she’s aiming to be authentic.

Still, her biggest takeaway stems from hiring. “In the past, I’ve grown companies quickly and didn’t spend a lot of time in the hiring space. So I think, with all my companies moving forward, I’ll spend a lot of time going slowly, choosing people wisely,” she says. “It’s OK if a company’s growing fast, we’ll let our customers know we’ll get to them as soon as we can. Slow and steady.”