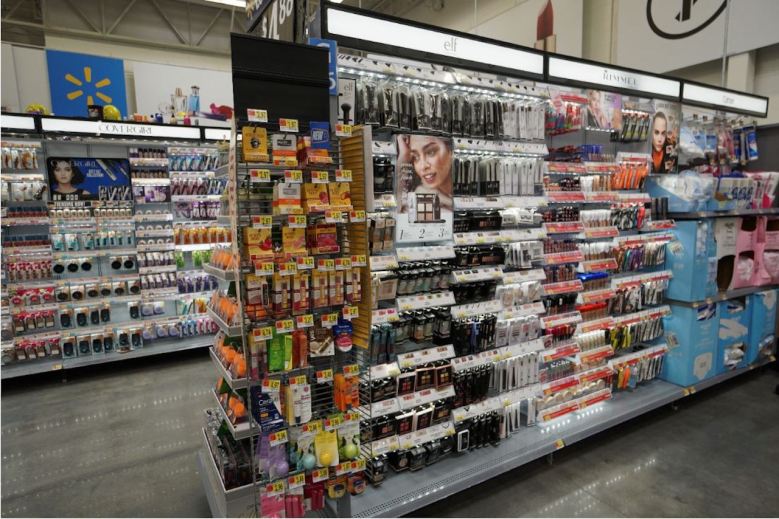 How Walmart is upping its beauty proposition

Much like other mass retailers such as CVS and Kohl’s, Walmart has been trying to put its renewed stamp on beauty for the better part of three years. Though much of the retailer’s transformation has revolved simultaneously around providing natural and clinical beauty solutions, and saving time (the retailer expanded its grocery pick-up program to include beauty to cater to time-starved moms), its latest push seems to follow the playbook Target perfected.

To kick off the year in beauty, Walmart announced on Monday its partnership with DTC upstart Smile Direct Club that moved the brand squarely from teeth aligners to affordable oral care, such as whitening kits, toothbrushes and floss. Also later this month, Hairitage, Walmart’s first digitally native social influencer beauty line with Mindy McKnight makes its way into stores.

When Target made these digital- and influencer-led moves, it yielded big results. With the addition of Harry’s razors in brick-and-mortar, Target rebuilt its men’s grooming department using DTC-only brands as a draw in stores. This provided fodder for the retailer’s own Goodfellow & Co brand; plus, much of Target’s recent success in beauty has come from its private-label and incubated brands like Kristin Ess that have taken away shelf space from incumbents.

Walmart does not break out its beauty business when reporting earnings (it falls under its consumables segment that includes grocery), but no doubt, the category has widespread significance since Walmart is the world’s largest brick-and-mortar retailer. Given the footprint, Smile Direct Club’s products will be available in more than 3,800 stores, as well as on Walmart.com. Walmart’s push to consider oral care as part of the beauty routine follows Ulta’s foray into the segment last year with Beach House’s Moon that is fronted by Kendall Jenner. Hairitage, meanwhile, will have presence in all 4,400 doors, with nearly 1,700 stores showcasing larger-than-life, four-foot end-caps and in-store signage with McKnight’s influencer family (her daughters are influencers Brooklyn McKnight and Bailey McKnight). To support the launch, McKnight, who holds the No. 1 hair channel on YouTube with 1.2 billion views, will make personal appearances in Dallas, Texas, and Bentonville, Arkansas, stores later this month.

“As we thought about expanding our portfolio, we saw we could reach more customers with Walmart and it could be incremental to our business,” said Amy Keith, Smile Direct Club vp of retail.

Smile Direct Club saw 50% year-over-year revenue growth to $180 million in third-quarter results. The brand already has a footprint with approximately 300 shop-in-shops or “Smile Shops” in drugstores like CVS and Walgreens, but Keith said that its push into Walmart provides unprecedented scale and further democratizes its premium results. For instance, Smile Direct Club’s new Walmart line starts as low as $3.98.

To further push the Walmart partnership, Smile Direct Club has enlisted Sofia Vergara as an ambassador for the new line. Vergara sells her own fashion line, Sofia Jeans, in Walmart stores.

McKnight’s Hairitage that was made in partnership with Maesa also trades on price.

“We build our private brand and exclusive partnership offerings to fill gaps in the marketplace where there are no offerings for our customers at an affordable price,” said Shawn Townzen, vp of Walmart Personal Care.

Hairitage’s 16 clean products are suited for straight, curly and coily hair, and are just $7.94. Because of McKnight’s struggles buying products for her two adopted children in a different aisle from the rest of her family because of their hair textures, she saw an opportunity to turn the idea of inclusivity on its head.

“We’re driving value that people haven’t seen before. Families don’t have to compromise on better ingredients or products because of a price point,” said McKnight.

McKnight’s social audience is 93% female, and 40% of those women are millennial moms. Unlike some influencers, who have been accused of schilling too many products before starting their own lines, McKnight has only done one paid hair promotion in her time as an influencer, thereby providing authenticity to her audience.

Hairitage is expected to do nearly $50 million in retail sales in 2020, and thus far, sales and engagement results have proven McKnight’s relatability. After Christmas, Walmart hosted a pre-sale event on Walmart.com in December where Hairitage sold out of six weeks of inventory. Meanwhile, McKnight’s first nine Instagram posts announcing and promoting the brand on its own account had an engagement rate of 400% per post.

By the numbers
According to Bytedance’s 2019 data report (Bytedance owns both Tiktok and Douyin) that was translated by Notation Capital investor Katherine Wu, users of Douyin in China aren’t just teenagers but those born as early as the 1960s. Within beauty-related content, there were 24.2 million videos — with 210 million likes — using the “Baby” filter to make users look younger. On the flip side, 3.3 million videos featured the “Aging” filter, and those pieces of content had 1 billion total likes.

What to pay attention to
Though waterless beauty has been a trend that we at Glossy have been paying attention to for the last two years and one that insiders expect will be big in 2020, P&G is raising the stakes with its brand Waterl<ss, which debuts at at Target, Walmart, Sally Beauty and Amazon this month. Designed as a brand with purpose (much like Unilever’s Love Beauty and Planet and The Right To Shower) Waterl<ss is P&G’s first new hair brand in four years. It was developed in Cape Town in the midst of a water conservation crisis, and, fittingly, products are intended to be used sans water.

While P&G has an ambitious goal of retraining the consumer around washing and conditioning one’s hair, beyond dry shampoo, it will likely require much more education in mass channels.