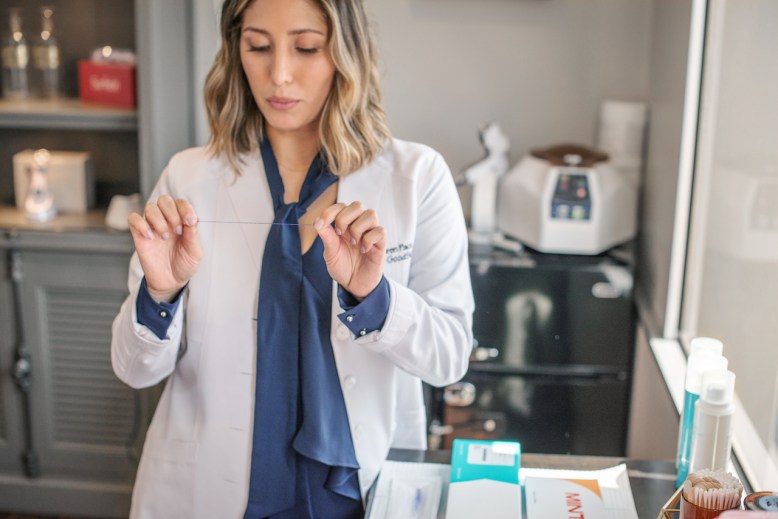 How the cosmetic aesthetic market is future-proofing

As with hand sanitizer, self-care products and eyeliner, the demand for cosmetic aesthetics has continued to swell during the pandemic.

In late June, the American Society of Plastic Surgeons (ASPS) reported that 65% of its surgeons said that Botulinum Toxin Type A injections (otherwise known as Botox) were the most commonly sought after treatment during stay-at-home orders. These insights were based on telemedicine appointments. After Botox, breast augmentations followed at 40%, and soft tissue fillers ranked third at 37%.

While Bob Rhatigan, CEO of Merz Aesthetics, described the cosmetic aesthetics business as “falling off of a flat Earth” in March when providers had to close, the back half of May saw Merz’s dermatologist and medispa clients rebound. In July, Rhatigan said Merz Aesthetics saw 50% year-over-year revenue growth.  Merz Aesthetics is known for its anti-wrinkle treatment Xeomin, and in late 2019, the cosmetic aesthetics division split off from Merz’s larger pharmaceutical business and relocated from Frankfurt, Germany to Raleigh, North Carolina to have a a greater consumer emphasis on the U.S.

It could be argued that the flood of interest is from existing customers. “It’s reasonable to see some pent up demand from people not being able to get their treatments in March, April and May, but we didn’t want to get too optimistic about that,” said Rhatigan.

“We are hearing broadly from our [dermatologist and medispa] clients that they’re seeing returning patients, but first-time patients are coming in, who are skewing younger, at 30-plus versus 45 or older,” he said. “It’s effectively a result of looking at yourself in the mirror or Zoom for 10-12 hours a day, as well as a big shift toward seeing cosmetic aesthetics as part of a self-care routine for millennials.”

Though the cosmetic aesthetic market may not be experiencing the painful slowdown of makeup, companies across the space are proactively innovating to ensure the summertime boom of treatments won’t be a fleeting moment of success.

Merz is jumping on the more modern, self-care point of view of cosmetic aesthetics in its own way. On Tuesday, the company launched an updated website, complete with new branding, marketing and social media posts focused on “confidence” to drive that self-care point home.

Digital innovation is one way companies are trying to lure new customers and ensure their own survival. Boutique cosmetic aesthetic practice GoodSkin that has clinics in Los Angeles and New York City leaned into 30-minute virtual consultations mid-pandemic that cost $200. Its L.A. clinic re-opened May 18 and its New York practice re-opened June 9. In virtual sessions, clients are walked through GoodSkin’s safety precautions, as well as its “Healthy Aging Plan” that talks through how patients should touch their face to discover areas of lost volume. GoodSkin provides procedure recommendations at the end of each session.

Founder Lisa Goodman reported that 100% of virtual consultations have resulted in an in-office procedure and 10% are new clients. In total, the company has gained 200 new clients across New York City and L.A. The virtual consultation feature will be rolled into GoodSkin’s first app, which will launch later this month. Year-over-year, GoodSkin’s June revenue is up 49%, and Goodman anticipates revenue growth for 2020 to be between 55-65%, even with Covid-19 restrictions and office closures.

But perhaps, price will be the biggest consideration for end customers as stimulus and unemployment dollars dry up.

For instance, nonsurgical customers receive a $125 Visa prepaid card on up to two treatments per year when they book and complete a nonsurgical treatment via a RealSelf provider. Surgical clients will receive a $250 gift card on one treatment per year.

“RealSelf Insider addresses the No. 1 concern for patients today: cost. Members can save money and have peace of mind knowing the doctor they are seeing has been verified by RealSelf,” said RealSelf CEO Tom Seery. “Consumers are being mindful about their spending, and members don’t have to be ready to get a treatment right now. If a consumer knows they want to get Botox but they are not comfortable going to see a doctor just yet, it’s OK.”

RealSelf has also seen a surge in searches and bookings for nonsurgical treatments like Botox and fillers — jumping by 69% between July and April. In its second quarter, nonsurgical traffic made up just over 42% of the total traffic on RealSelf, up 4% from fourth quarter of 2019. Surgical traffic, meanwhile, dropped from 57% in Q4 of 2019 to 52% in Q2 of 2020. RealSelf’s hypothesis is two-fold: that customers who were researching procedures pre-pandemic are ready to take the plunge now, and that those earlier in the fact-finding process are turning to nonsurgical cosmetic treatments because of the lower cost and fewer required appointments, explained Seery.

The use of redesigned loyalty programs and gift cards to prop up demand during Covid-19 is also being used by Allergan, which launched gift card promotions on April 30 to its slew of providers. Evolus, which launched in May 2019, also introduced its own loyalty program in mid-May. It offers $40 off any Jeuveau treatment (Jeuveau is another neurotoxin competitor). Crystal Muilenburg, Evolus vp of communications and pr, said over 16,000 consumers have already signed up. For its part, Rhatigan reported that Merz Aesthetics has not had to launch additional promotions to speed up its recovery and that, by and large, promotions across the cosmetic aesthetic space have been like for like.

Still, ongoing cost savings will continue to be important in the long term, which is evident as the legal fight between Allergan’s Botox and Evolus’ Jeuveau continues to play out. Last month, Allergan’s parent AbbieVie and its Korean partner Medytox Inc. won the first round of its U.S. trade dispute to block Jeuveau imports. Jeuveau offers the same molecular makeup as Botox (900KDa in a one-to-one dose), and has demonstrated equal efficacy and safety as Botox, but costs about 20-25% less.

Beyond price, Evolus also takes a more turn-key approach to cosmetic aesthetics in that it markets and messages its products like a DTC consumer beauty product. A personalized quiz is front-and-center on its site, as are Jeuveau vials and providers. This is in stark contrast to pharmaceutical companies that sell cosmetic aesthetics, in that they display problems (i.e. wrinkles) in their marketing, paired with a solution (such a smile sans frown lines).

“It’s a classic case of David versus Goliath,” said Muilenburg. “This isn’t the first time they’ve tried to stop us, but we feel like competition is a good thing, especially for the customer. And we are here to protect the consumers’ right to choice.”

On Monday afternoon, Evolus reported second-quarter earnings results, with net revenue at $7.8 million, up from $2.3 million in Q2 of 2019. David Moatazedi, president and CEO, said 90% of that net revenue was generated in the second half of the quarter as offices re-opened. Moreover, Jeuveau saw an 8% increase in purchasing accounts to over 4,400 providers and re-order rates of its product increased by 66%.

“Cosmetic aesthetics is a resilient market, but neurotoxin offerings could be growing more,” said Muilenburg. “As the customer gets younger and more price-conscious, millennials don’t want their mom’s Botox.”