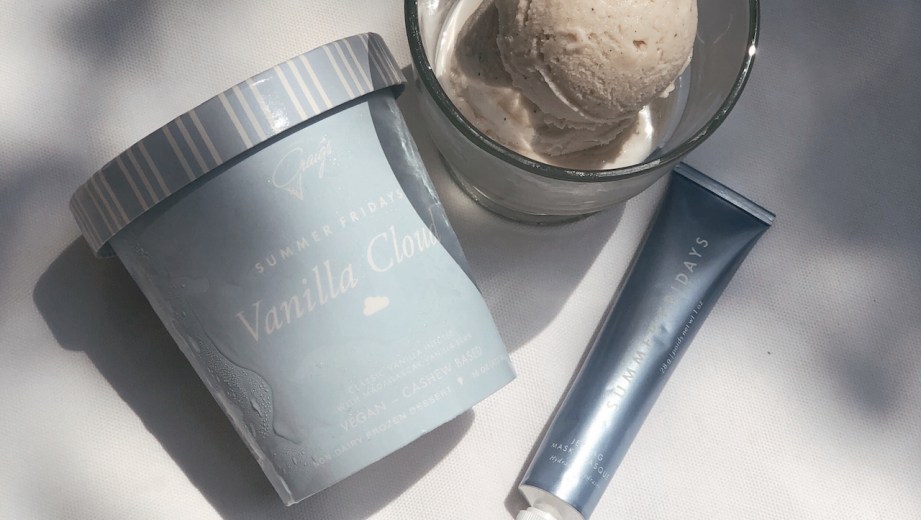 How Summer Fridays pivoted its marketing due to Covid-19

Summer Fridays worked with California-based Sweet Laurel Bakery on a cake inspired by its Jet Lag face mask, which was available for customers to purchase on SweetLaurel.com between July 19 and July 25. In August, it began collaboration with Craig’s Vegan, available through Postmates (people can purchase a Jet Lag-inspired ice cream called Vanilla Cloud, which comes with a mini mask). At the same time, it offered a co-branded limited edition collage kit and photo filter through influencer Tezza Barton’s e-commerce website ShopTezza.com. Summer Fridays, known for its hero product Jet Lag Mask, has five products in its portfolio, including a chemical exfoliate that launches Wednesday.

Food and lifestyle collaborations are not unusual or even particularly new for beauty brands. But social distancing requirements mean in-real-life events are abandoned for the foreseeable future, so beauty brands are turning to food collabs in an effort to share what their brand evokes while under coronavirus constraints. Historically, 3-year-old Summer Fridays has relied on IRL activations, such as setting up an Instagrammable phone booth filled with flowers in Los Angeles in Feb. 2019, in order to share its brand concept and build social media buzz.

“We were really big on community events pre-Covid-19, often with small groups of local and micro-influencers and customers, where we got to meet new people in real life,” said Marianna Hewitt, Summer Fridays co-founder. “Because we couldn’t do that anymore, we had to shift [our strategy]. We love the idea that you can visibly see the brand with these new collaborations.”

At the onset of quarantine in April, Summer Fridays launched a tie-dye loungewear set, which Hewitt said was an idea based on what both she and co-founder Lauren Gores-Ireland wanted in that moment and which sold in four minutes. She declined to say how many units were offered. With Sweet Laurel and Craig’s ice cream, the brand wanted to share its clean vegan skincare messaging with the “summer Fridays feeling” of having ice cream and treats.

According to Summer Fridays, the Sweet Laurel collaboration earned the brand 11.5 million content impressions (as measured through posts, likes, comments and shares) and more than $550,000 in earned media value. The tie-dye sweats, meanwhile, saw $420,000 in earned media value. The founders declined to provide any sales or growth information. Summer Fridays received undisclosed outside funding in Aug. 2019 from Prelude Growth Partners, a private equity firm. It is sold in Sephora U.S. and Canada, Mecca in Australia, and Selfridges in the U.K.

The brand is digital-first and people know it for its Instagram aesthetic, so the Tezza collaboration is meant to allow people to replicate that on their own social posts through the filter. Meanwhile, the physical collage kit, which comes with 150 photos of various sunny places and moments, allows people to import the Summer Fridays aesthetic within their personal physical environment.

Gores-Ireland indicated that the current strategy will play a long-term role in how Summer Fridays approaches its branding.

“The brand’s messaging overall and the culture online have really prioritized self-care,” said Gores-Ireland. “Self-care was always important, but now that people are home, not traveling and not at the office, there is a new way of prioritizing time for yourself and taking care of yourself.”