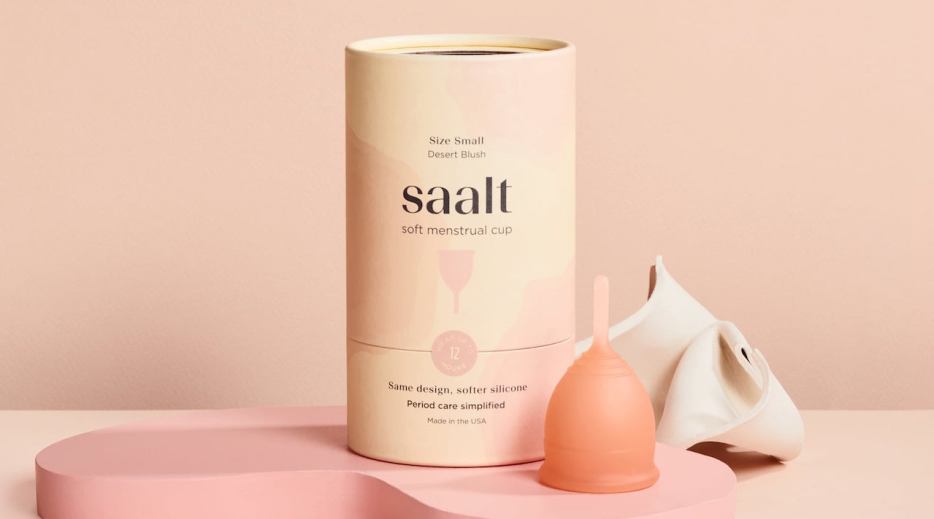 How menstrual care brands are leaning into new customer engagement

Over the last four months, coronavirus has had a wide array of odd or significant impacts beyond physical health, and its latest has been on customer relationships with menstrual care brands.

“We certainly have seen more conversations during coronavirus,” said Cherie Hoeger, menstrual cup brand Saalt’s CEO and co-founder. “We’re living in a time when people want transparency. They want things to be more relatable, and for conversations to be honest, direct and straightforward. With both coronavirus and the Black Lives Matter movement that’s happening now, people are expecting that.”

Saalt has experienced a 60% uptick in sales between March and June compared to pre-Covid-19, according to Hoeger. It sells through its DTC site, as well as Whole Foods, Target and Urban Outfitters. Hoeger said Saalt has crafted a brand persona akin to an “approachable best friend’s sister” since its launch in Feb. 2018 and that customers have gravitated to that approach during coronavirus. Customer conversations have increased by 67% since March. And, on Monday, the company’s released its first-ever brand campaign as a 30-second ad across Facebook, Instagram, Pinterest and YouTube, which echoes this. It shows a person’s ability to do what they want (such as dancing, bathing or baking) while menstruating. Saalt’s public Facebook group also recently reached over 20,000 people, said Catharine Day, Saalt’s creative director.

Personal care and other CPG brands and companies have attempted to adapt their branding to correspond to the new wave of consumer values. Still, coronavirus has amplified the paradigm shift between brands and customers, as people have become more willing to share their personal lives. More than 66% of Americans are working from home. Colleagues can see where one lives and with whom they live, and children, family and pets can often be seen in the background during Zoom meetings. As people reveal more about themselves to each other, they’re also more willing to have more interactions with brands. Menstrual care brands are well-positioned to take advantage of this shift, as they have been at the forefront of encouraging public discussion around periods and pregnancy, and developing online communities devoted to intimate discussions around personal care.

“People’s at-home and intimate spaces and outside spaces are merging,” said Day. “We look for community in our lives in general, and menstruators need it as much as any other community, especially when we have questions and it’s [possibly unsafe] to go to the doctor right now.”

Saalt is not the only company in the personal care space to have taken note of how coronavirus has impacted customer relationships with brands. Five-year-old Lola experienced an 80% increase in visitors to the brand’s blog, The Spot, between April and May — The Spot provides editorial content surrounding women’s health, sexual wellness and pregnancy. Within the blog, there is an “Ask An Expert” feature, allowing customers to ask questions to Lola’s medical advisory board and view already answered health questions. Ask An Expert has played an important role in understanding common themes among customers. Since March, a big topic has been increased stress and anxiety, said Jordana Kier, Lola co-founder. Lola’s period support group, initially launched in Oct. 2019 as an in-person group, has also shifted to hosting IGTV sessions every Friday since April.

Kier declined to state any sales figures, only saying that growth and retention were “stable.” Lola expanded in March to 4,600 Walmart locations and Walmart.com.

“[We are already] positioned in a way where it’s been less about pivoting and more about amplifying and investing in the existing programs and initiatives that we have,” said Jordana Kier, Lola co-founder.

Yanghee Paik, Rael CEO and co-founder, said her company had experienced something similar. Rael initially benefited in March as people began stockpiling essential items. Rael sells menstrual products, as well as skin care and personal care items like toothpaste. Rael also launched a reusable pad in April, which has outperformed sales expectations by selling 300% faster than expected; the first batch of pads expected to last approximately nine months, but certain sizes have already sold out. To remind Rael customers that the brand was with them during these difficult times, the team sent 250 top-spending customers gift packages of products, as well as direct messages to its most-engaged customers on Facebook and Instagram to check in on their wellbeing in May.

“Self-care has been a keyword while people stay home,” said Paik. “To improve their self-care, they have been more proactive and looking for better options for themselves.”