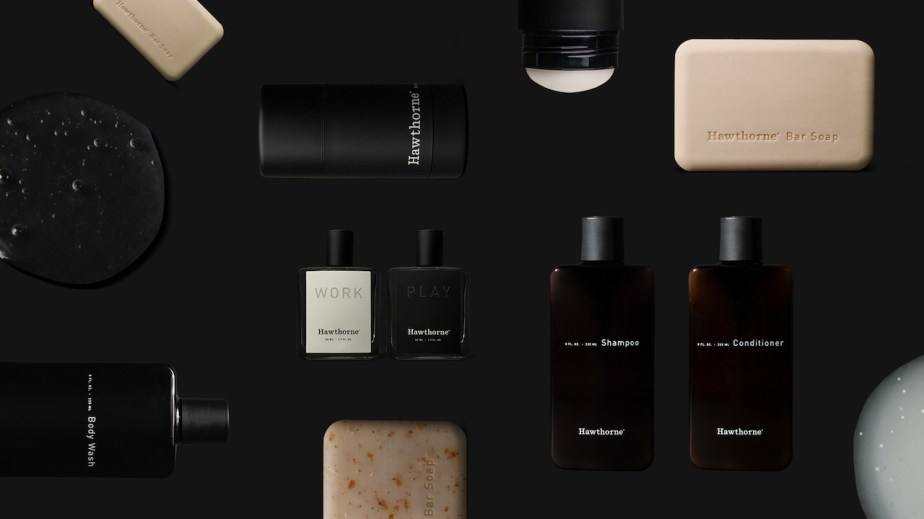 When Fulton & Roark co-founder Kevin Keller tells men he runs a grooming brand, he gets the same reaction every time.

“A guy will whisper to me and ask, ‘What can I do for my beard?’ or ‘What should I be doing with skin care?’ as if he’s secretly buying drugs,” he said.

Keller’s experience is not unique, even as more men become interested in beauty and grooming. The global men’s grooming category is growing at an annual sales rate of 5% and expected to reach $81 billion by 2024, according to Statista. Still, men’s brands are facing a conundrum in that social media represents the new word-of-mouth, but their customer base is reticent to speak up. Where a presence on Instagram has become a basic necessity for consumer-oriented products, men’s grooming companies have struggled to get customers to engage, post and tag their brands. Compared to makeup brands, like Anastasia Beverly Hills with over 20 million Instagram followers, men’s brands are lagging far behind. Among the most recognizable men’s brands, Harry’s and Dollar Shave Club pale in comparison, with only 82,000 and 222,000 Instagram followers, respectively.

To that end, grooming brands such as Hawthorne, Manscaped and Fulton & Roark are grappling with how to engage male customers. Successful strategies span from identifying existing customers who already provide user-generated content to creating the right influencer network to offering up free lifestyle merchandise with orders.

“Social media is critically important to grooming and beauty, but men and women are using it differently,” said Oscar Yuan, analyst at market research firm Ipsos. “Women are focused on the process of how products are applied versus just the outcome of a look or product. For men, it’s a different story; they aren’t into the process yet. Men use social media as [social] permission to know that grooming is now acceptable.”

According to Brian Jeong, co-founder and CEO of grooming brand Hawthorne, the brand has gone through several social media experiments since its 2016 launch. Upon its debut, Hawthorne tried sending a suite of branded products to first-time customers, like keychain bottle openers, matches and car fresheners. The hope was that these products would act as a subliminal marketing tool for the brand, working to win over customers the more they saw it. At first, the brand saw a 20% increase in organic website traffic and sales, but after three months, the bump dropped off. Jeong said this was likely because Hawthorne’s lifestyle products were not seen as often as they had hoped. The brand also tried inserting cards into packages with a message that incentivized customers to tag the brand in a social media post with a 10% discount code, but saw little success.

“We realized this behavior [between men and brands] didn’t exist, and it’s difficult to ask someone to do something not normal to them,” said Jeong.

Now, instead of offering multiple non-grooming products, the brand sends its bottle opener to customers making their first renewal purchase. Additionally, Hawthorne has identified that UGC performs best as Instagram ads, and it’s cultivated relationships with about 60 customers who willingly talk about the brand on social in exchange for free products. This is one strategy that has helped the brand grow its Instagram following by 200% in 2019 to approximately 38,000 people. Jeong declined to share sales information but said the brand has grown its sales by 350% year-over-year for the past three years. Hawthorne’s customers are between 18 and 35 years old, and 60% live in metropolitan cities.

Fulton & Roark applies a similar strategy to micro-targeting specific individuals — in its case, fashionable men who seem like its customer, said Keller. Fulton & Roark has about 22,000 Instagram followers. Its core customers are between ages 30 and 45, with a household income of $100,000 or more. The company reaches out to men to be featured in its “We Love Your Look” Instagram series (which includes an interview on their style), plus reposts potential customers’ photos to the brand’s blog and social feeds in exchange for product. Fulton & Roark uses fashion content to break up the monotony of product pictures on the brand’s social feeds. It does not ask men to post or review the products on their own accounts but has found about 50% do so anyway.

Elsewhere, brands like Manscaped have leaned heavily into the paid influencer model. Manscaped, which sells body hair trimmers and skin and body products, has 256,000 Instagram followers and is developing a content strategy that speaks to what it’s like to be a modern groomed man. Previously, the body trimmer product was referenced on the brand’s social media as a necessity when preparing for a date or sex, but Manscaped is now demonstrating that being a man today is about taking care of oneself by grooming consistently, said Tyler Wentworth, Manscaped director of social media. Manscaped retains an influencer network of more than 1,800, with 50% of them being micro (with less than 100,000 followers), 30% macro (more than 100,000) and 20% mega influencers (more than 1 million). Roughly 50% are paid, said Wentworth.

Along with its appearance on Shark Tank in 2018, Wentworth credits influencers with the brand’s nearly 293% growth in social followers in 2019. Influencer posts and their affiliate links also contributed to 8% of the brand’s total 2019 revenue, he said, but declined to provide specific numbers.

“Followers is a vanity metric, but if you have a big following, it does build credibility,” he said. When asked if the sexual orientation of the company’s customers factored into engagement or follower size, he said the brand did not have that specific customer data, but that it will be focusing on the LGBTQ community in 2020.

Hawthorne has also found success working with paid and unpaid fitness influencers, after previously experimenting with fashion and lifestyle influencers, said Jeong. The brand works with New York City gyms such as Tone House and S10 to provide products for their locker rooms. It is a similar strategy employed by Kiehl’s and men’s grooming brand Huron.

“While men don’t talk about beauty or grooming generally, they do in the fitness community because they are already talking about workouts they are doing and the food they are eating,” said Jeong.

As more men’s grooming brands launch, their social media play needs to focus on giving men permission to discuss beauty and grooming, said Yuan. The category has yet to reach its tipping point, where Instagram strategies can be as advanced as women’s brands.

“Before we even try to drive brand or product preference, we’re still trying to get men to slap lotion on their face,” said Yuan. “We need to take a step back and just drive permission and awareness.”