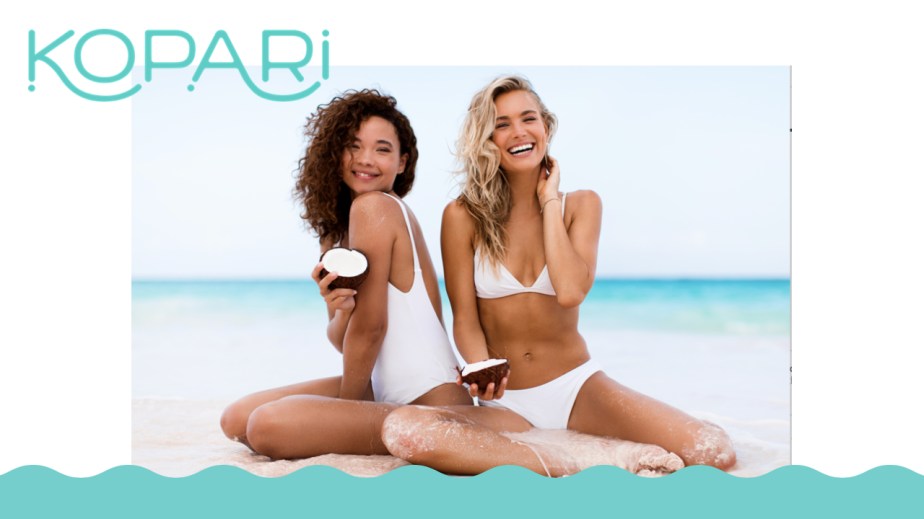 Beauty brand Kopari is not even five years old, however it built itself a strong foundation on the back of influencer marketing.

Recently, like most brands, Kopari has had to cut back on its influencer marketing budget, according to co-founder and CEO Bryce Goldman, but he and co-founder Gigi Goldman said that it is still important to be maintaining relationships and tapping into influencer’s communities whenever possible.

This is because Instagram likes are up 76% and impressions are up 22% right now, according to Gigi. Therefore, increased visibility and engagement means more exposure and sales opportunities, which makes now a good time to be spending on the platform, if you can.

In the latest edition of the Glossy+ Talks, a series open to members of Glossy+, Gigi and Bryce discuss how they have changed their marketing strategy and are keeping open and clear communication influencers in order to have the most effective social advertising.

Glossy+ members can access full video of the Talk and Gigi and Bryce Goldman’s slides below.

Revamping your marketing strategy
While it was a tough decision to make, Gigi said that the company’s approach to marketing changed completely to focus on five key messages, including “stay at home,” “give back,” and “self care.” While products were still highlighted, there was overall a new emphasis on creating a community around the Kopari brand.

-Out of the five direct marketing messages that the company laid out in the marketing strategy, Gigi said that it was important to merge “your ideas with theirs and [trust in] their ability to curate content that their community will really relate to.” For lifestyle influencers, this could mean highlighting the theme of self care and focusing on products like Kopari’s CBD line.

-When focusing on the products, Bryce said that the team began listening closely to the needs of the customer and identifying certain products, like its calming CBD line, that have the perfect opportunity to thrive in this moment.

-Many expressed that they have dry hands right now because of the increased use of hand sanitizer. Noting this, he said that the team focused the marketing around one of their hero products, a full body moisturizer called Coconut Melt, to specifically feature restoring dry hands.

Managing the business partnerships with influencers
Right now, it is more important than ever to make sure that the influencers you are working with align well with your brands. The conversations being had between influencers and companies are more important than ever before. This is not only because of maintaining brand safety in an already tumultuous advertising climate, but also because marketing budgets are low right now and both parties need to make sure the content aligns with both of their needs.

-For example, towards the beginning of the stay-at-home order, one of Kopari’s influencers delivered a photo that was taken in a coffee shop. Since it was no longer appropriate to be out in public, Gigi said they asked the influencer to reshoot it because it wasn’t representative of how the company was approaching social distancing.

-Be honest about marketing budget constraints. Many brands might not have the budgets right now to spend to get in front of an influencer’s Instagram audience, but influencers are seeing a decrease in active partnerships as well.

-This is where supply and demand comes into play: 75% of influencers are doing fewer sponsored posts and 48% of influencers are reducing their rates by 30%, on average, she said. There are ways to negotiate new terms with influencers, such as not paying them upfront, but putting an affiliate model into play.

Maintaining your connections with influencers
Brands are unable to be hosting influencer events right now, but it is still important to be forging new relationships as well as deepening existing ones. Currently, “from a bandwidth perspective, the main focus is growing deeper relationships with existing influencers,” Gigi said. Bryce, however, noted that the team has been introducing more people into the mix from different backgrounds with new audiences.

-“I’ve had more phone calls and conversations with influencers in the past six weeks than I normally do,” said Gigi, because the normal instinct is relying on seeing them at an event. But beyond phone calls, communicating on Instagram and direct messages has also allowed her team to keep close contact.

-Bryce said that Kopari tends to always focus on using large-scale, macro influencers because they have a large audience base, but recently, the marketing team has shifted towards using micro influencers too. This group tends to be more raw in the content they’re producing, which right now is especially appealing. He said these posts also tend to see better engagement as well.

-Then diversifying into other categories and moving outside of beauty influencers, is helpful with specific messaging. This includes going into lifestyle influencers who feel like a natural fit for self care messaging.

Kopari’s mission statement, which is rooted in authenticity.

Kopari has followed the evolved marketing approach since the start, however it has needed to revamp its playbook during the current climate.

The key messages that Kopari is including in its ads right now.

Make sure your new marketing strategy exists across all of your touch points. This solidifies brand authenticity and voice.

Including your influencers into the conversations you’re having about marketing and messaging is really important to the success of a campaign.

Instagram is thriving in terms of engagement and now is a good time to meeting audiences on the platform. If you think you can’t afford it right now, influencers are seeing a dip in business too, so you may be able to negotiate different terms.