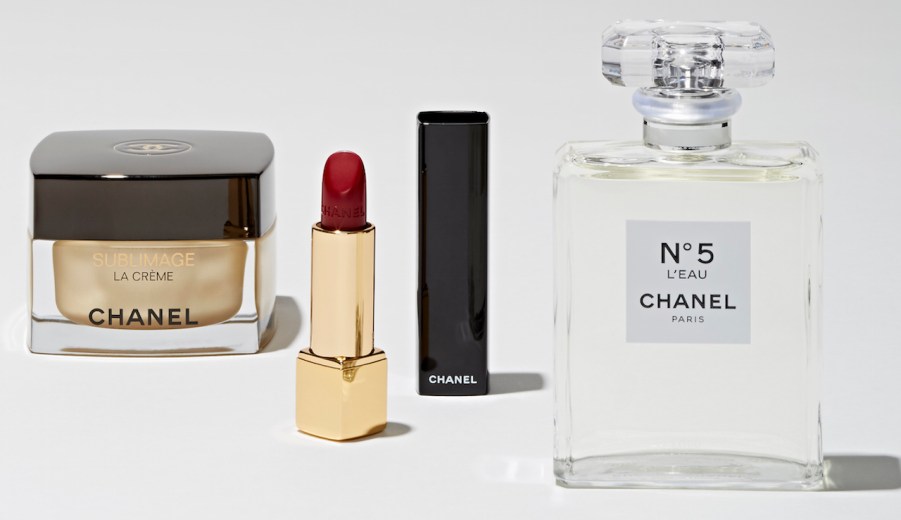 Chanel’s beauty division has been busy.

In August, the brand will debut in China through Alibaba’s Tmall platform with its own digital flagship store. Adding to its thousands of wholesale distribution points like Neiman Marcus and Barney’s New York, it’s expanding its direct-to-consumer reach, as well. At the end of 2018, the brand had 108 freestanding Chanel Beauté Ateliers — one opened in January in the SoHo neighborhood of New York City, and this month, another will open on the Champs-Elysées in Paris, according to Business of Fashion. In February 2018 the brand launched Instagram account @WeLoveCoco which is populated only by user-generated content, shortly after launching a standalone @Chanel.Beauty account in January. In August 2018, the brand also announced a men’s makeup line for the Asian market called Boy de Chanel.

From a business perspective, Chanel is one of only a select few privately owned luxury brands, and it has only ever released financial statements twice, once in June 2018 and again in June 2019. Its June 2019 earnings showed that in 2018, it surpassed $11 billion with a 10.5% growth year-over-year. Chanel declined to comment for this story.

It is estimated that beauty accounts for a third of Chanel’s business, and e-commerce sales of fragrance and beauty products increased globally by 50% year-over-year between 2017 and 2018, according to Business of Fashion. From a distribution perspective, Chanel also stands out among its luxury peers because of its steadfast refusal to sell clothing, leather goods and jewelry online. However, it does sell beauty, fragrance and eyewear products online. And it appears that beauty is the linchpin behind the brand’s recent growth.

In general, it is understood that within luxury that the beauty category serves multiple purposes in addition to generating sales. As a lower cost luxury item, it allows a price-conscious consumer to partake in the brand and build early brand loyalty before being able to afford a more expensive product like a handbag. In the case of Chanel, it also allows the brand to participate online without diluting brand equity, said Shikha Jain of consultancy firm Simon-Kucher & Partners. Beauty is regarded as a more fluid category within luxury due to its lower retail price and high distribution. Jain said beauty is one way Chanel can keep up with brand competitors that sell their full product assortments online and maintain relevance with modern consumer behavior.

Additionally, makeup is a product that can often have as high as 80% margins, according to multiple industry sources. Jain said Chanel’s fashion products could have margins “much more” than that of makeup — but if you compare the number of people who are shopping in-store for a handbag versus shopping online for makeup, the volume of makeup sales makes up for the lesser margin, she said. Additionally, since makeup must be more frequently replenished than Chanel’s other offerings, it genuinely makes sense for the brand to make it available online, said Milton Pedraza, CEO of consulting firm Luxury Institute.

“There is a yin and yang quality to luxury and you do have to have some affordable products,” he said.

Its standalone beauty stores also serve as a way for Chanel to double-down on its growth efforts without cutting into brand equity. Like most luxury fashion houses, Chanel maintains a close direct-to-consumer connection through its own stores, but it has historically relied on wholesale retailers like Macy’s and Saks Fifth Avenue for beauty sales. In April 2018, the brand also began selling some makeup through limited Ulta stores, a surprising choice considering it was already selling fragrance through Ulta’s more luxury competitor, Sephora.

In Alibaba’s announcement that Chanel will sell through Tmall, the company referenced a “membership program” that would afford customers to receive the “same privileges as offline members, such as being the first to sample new products and attend exclusive offline events.” Both Chanel and Alibaba declined to comment, although Chanel has previously rewarded high-spending fashion customers the opportunity to view runway shows.

Standalone permanent stores by traditionally wholesale beauty brands have been a go-to strategy for others like Coty Inc.-owned CoverGirl, in an effort to capture consumer data. In the case of Chanel, it not only aids in gathering data, but it also works to physically bring more people into the fold of the brand without overwhelming its stores and minimizing the luxury feel of those spaces, said Pedraza.

“Chanel’s strategy is also trying to make sure its core products are not overwhelmed. [But] the beauty stops can be more filled with people, and the people are more willing to accept it,” he said. In addition to overwhelming its stores, Chanel is perhaps also mindful of overwhelming its customers who want to purchase makeup but cannot afford to purchase its other products, said Jain.

Chanel is not the only luxury brand to launch more standalone beauty boutiques, nor is it the only luxury brand doubling down on efforts in the beauty category. Dior — which, like Chanel, owns its beauty line rather than relying on the more popular licensing model within luxury — is also branching into storefronts. The Christian Dior Group, which owns not only the Dior fashion brand but also tangential businesses such as wine and spirits, saw a 10% growth year-over-year between 2017 and 2018 in the beauty and fragrance category, according to year-end earnings. Hermès also announced in March that it will venture into beauty, and Gucci relaunched beauty (through a licensing agreement with Coty) in May. Meanwhile, L’Oréal Group-owned YSL Beauty (the fashion house is owned by Kering) has seen double-digit growth each year for the past five years, as Glossy has previously reported.

“Category segregation [is] one of the cardinal rules luxury brands need to adopt in order to sustain perceived exclusivity as they grow bigger and bigger,” said Luca Solca, Sanford C. Bernstein managing director of luxury goods. “Beauty is the cheapest of all categories (in absolute terms), and Chanel has been smart to [maintain] its premium pricing in the category.”

Solca describes Chanel as a “master” of category segregation, in that it has been able to balance being one of the most widely known and purchased brands while still maintaining an air of exclusivity. Its recent business focus has been on China — Chinese shoppers now represent 33% of the global luxury market, according to Bain & Co. Chinese millennials are also better positioned financially than their Western counterparts, according to Bain & Co, while Chinese millennials and Gen-Z shoppers will come to represent 40% of the overall luxury market by 2025, according to Deloitte. But despite China being the fastest-growing e-commerce market, not to mention the largest, Chanel’s only local online presence is through its beauty product on its own e-commerce and now TMall. Pedraza said he understands why, which is that the brand does not need to, from a service perspective; consumers have come to expect immediacy from an online shopping environment, but Chanel has always been able to cater to that demand.

“They have effectively been doing what a company like Amazon does now with shipping, forever. [In the early days,] in stores if a customer wanted her hat now, they would have put it on a horse and gotten it to her,” he said. But he still believes Chanel will eventually sell all of its products online. “They want to [move online] surgically and not with a hatchet, so they measure everything twice. Some say they are too conservative, but I respect that.”