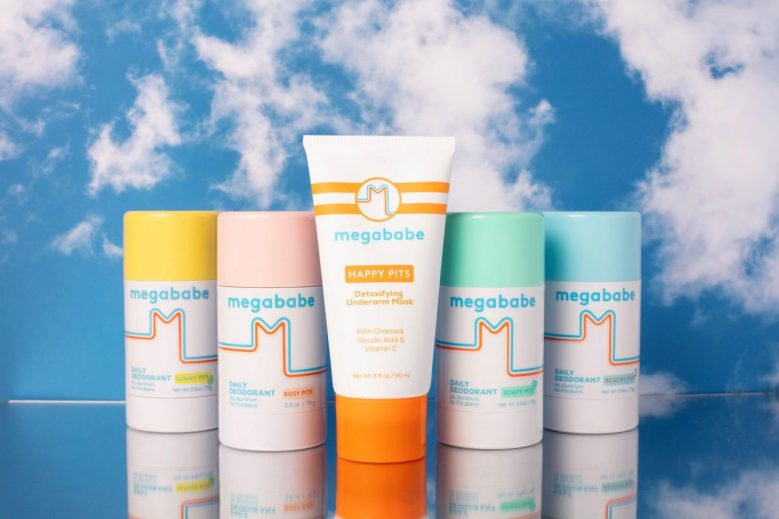 How armpits became a skin-care category

Deodorant used to be a fairly simple category. Sure, your local drugstore stocked a handful of brands with products in a multitude of scents — however, for the most part, all did the same thing.

But increasingly, deodorant has become a topic of conversation among beauty fans. At the center is the debate over whether or not to go natural, and countless brands and products hyping the benefits of natural ingredients have launched as more people have made the switch. (A quick primer: In the world of deodorant, “natural” refers to aluminum-free formulas. There are concerns about health risks associated with aluminum, but they have not been scientifically proven.)

With natural deodorant, there are many factors to consider. New users supposedly face an “adjustment period.” And, according to a 2018 story by Racked reporter Tracy Robey, “the best natural deodorant” of any kind is acid.  In place of a deodorant, Robey suggested using facial care products like Pixi’s cult-favorite Glow Tonic, a toner containing glycolic acid. By 2020, chic brands like Kosas, Necessaire and Drunk Elephant had picked up on the trend and formulated their own deodorant products with acids — a trend I reported on that year for Women’s Health.

Some of the early brands to make a splash in the natural deodorant category have already been acquired. Take Schmidt’s, which launched in 2010 and was purchased by Unilever by 2017. The same year, Procter & Gamble acquired Native.

Mega Babe subsequently added three new deodorant formulas to its lineup: In March 2021, it introduced The Green Deo, featuring chlorophyll, and The Smoothie Deo, with fruit enzymes. In September 2021, it launched The Geo Deo formula featuring baking soda. Baking soda is a sweat-absorbing ingredient that’s often used in natural deodorants but can be irritating to skin. Of the brand’s 34 products, eight are deodorant products. Four of its top-five best-selling products are from its “Pits” category: Space Bar, The Smoothie Deo, The Green Deo and Rosy Pits. (The fifth is its OG Thigh Rescue product.) Despite having only launched in March, The Smoothie Deo its best-selling deodorant in 2021, suggesting that demand for unique and varied formulas in the category is quite real.

In early 2021, Megababe launched the “Space Bar Underarm Soap,” a “detoxifying charcoal underarm bar,” which has received a particularly enthusiastic response. The brand is now selling one $8 Space Bar for every one of the three new deodorant formulas it sells. The brand shared that 2022 will bring even more launches in its “Pits” category.

Once Rosy Pits was successful, Sturino said she realized there would also be “someone who’d want a beachy scent, a floral scent. [I wanted to] see who else’s pits we could get into.” She also realized that Rosy Pits didn’t work for everyone. “It didn’t work for my sister. Different deodorants react differently with [different people]. So, we made a whole armpit system. The wipes for on-the-go, Happy Pits to help pull out toxins once or twice a week and Space Bar, which you use every time you shower,” Sturino said of the growing collection.

In the drugstore aisles, Dove, also owned by Unilever, has long been a major player in the deodorant game. Dawn Hedgepeth, vp of deodorants and skin care at Unilever, said the brand has been “studying underarm skin for 25 years, looking at what happens when you shave it, what factors affect it and what the best ingredients are to help care for your underarms.” Plus, it’s conducting research to inform its product development, all with a goal of helping women address their sweat, odor and skin concerns.

Dove’s innovations are happening across the category, not just in the natural, aluminum-free sector. For example, in 2020, Dove launched Dove Even Tone Antiperspirant, “for women looking to help restore uneven underarm skin tone. It’s a common issue globally, affecting 16% of women around the world and 21% of women within the U.S., according to Hedgepeth. In 2021, the brand introduced refillable deodorant.

Curie, which launched in 2019 with aluminum-free deodorants in scents meant to rival a nice perfume, has also been expanding. It introduced an underarm mask, the Clay Detox Mask, in January 2021. The mask sold out within 24 hours of launch and wound up with a 1,000-plus person waitlist, according to the brand. The product became even more successful thanks to TikTok, where posts about underarm facials and acids for underarms abound. “Over the summer, we started [increasing our] organic TikTok posts, ad spend on TikTok, and gifting to influencers and creators [on the platform],” said Sarah Moret, founder and CEO of Curie. Three popular TikTok posts, including one made by the brand, one organically created by an influencer and a paid ad (seen here, here and here) contributed to a 140% spike in sales of the mask over the summer, Moret said, with 77% of clay detox mask sales coming in through TikTok.

Other armpit skin-care products have become available, too. For example, affordable “clean” beauty brand Pacifica sells a Coconut & Charcoal Underarm Detox Scrub, which it launched in 2019. “Clean” deodorant brand Lavanila has a Healthy Underarm Detox Mask, and Kaia Naturals has an underarm soap bar, also made with charcoal.

“We expect the deodorant category will continue to evolve as consumers’ needs evolve,” Hedgepeth said. “People are still looking for sweat and odor control, but it is no longer a one-size-fits-all category.”