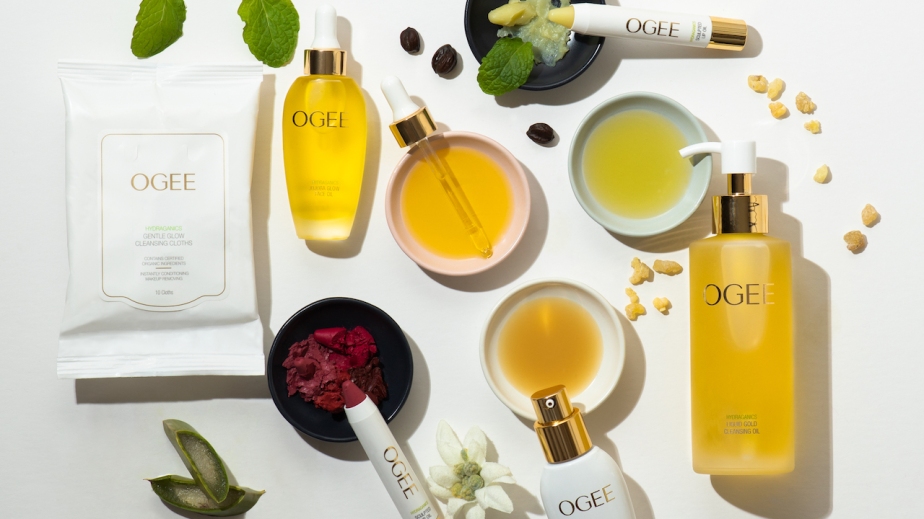 Beauty and personal-care products interestingly clear Amazon’s new shipping restrictions announced last week, as they’re categorized as “essential.” (Non-essential products are no longer allowed in Amazon’s warehouses.) What’s more, consumers across the country are practicing social distancing. This means that even though Walmart, Target and CVS remain open — and sell beauty and personal-care products — shopping in these locations has become less desirable. Even Target, best known for its brick-and-mortar prowess, has recently seen online sales pick up.

“Late adopters who haven’t shopped on Amazon before are now being forced to use Amazon as their one safe shopping haven. This change in consumer behavior is going to have long-term effects on what people buy, and where,” said Laura Meyer, founder and CEO of Envision Horizons, an Amazon strategy firm.

According to Envison Horizon’s data, total sales on Amazon were up 65% from an average week, during the week of March 16. The beauty and personal-care category, specifically, is up 70% compared to the beginning of the month, said Kiri Masters, CEO at Amazon agency Bobsled Marketing.

Luxury hair accessory brand Pulleez, which sells its popular ponytail holders with charms on Amazon through its own storefront, did not see sales flatline during the week of March 16, said Diana Wright, founder and CEO.

“We’re lucky that we moved all our sales efforts on to Amazon last year. Prior, our focus was QVC. Given the coronavirus pandemic, we have about three to four months of inventory available and ready to be shipped to Amazon. We wouldn’t be able to say the same for brick-and-mortar right now,” said Wright. Today, Pulleez is sold online through Amazon and its DTC site.

Prior to Covid-19, the company forecasted 150% sales growth on Amazon in 2020. It did around 85% of its business on Amazon in 2019. Pulleez reportedly closed last year with $5 million in sales; it received a minority investment from third-party logistics and marketplace company Pharmapacks in late January.

Though Wright maintains a DTC site for Pulleez, when consumers are in search of its No. 1 selling product on its site or on social media, the company directs shoppers to Amazon via click-to-buy links.

“Coronavirus has made selling on Amazon inevitable. The mindset and perception of it had been changing and improving before, and this has accelerated it. Why would you avoid Amazon at this point?” Wright asked.

But using Amazon as a failsafe option during coronavirus isn’t a perfect solve. This week, customers and Amazon sellers were faced with notifications of delayed orders up until April 21. This is despite the fact that shoppers were using Prime delivery that typically promises orders in one to two days.

“We sell through Sephora and Ulta, but they closed their stores last week; we also sell product on Amazon, and sales there were going up. But [Tuesday], we found out about the congestion and up to a month of delays. This affects us, even though personal care and beauty is a category they are still going to fulfill and ship to customers,” said Dino Ha, MBX founder and CEO.

After Covid-19 hit China, Ha said that MBX, which is the parent company of beauty brands Kaja, I Dew Care, Nooni, Pony Effect and I’m Meme, intentionally put resources behind its Amazon business. MBX’s lip brands Nooni and I’m Meme sell on Amazon, while Kaja sells at Sephora and I Dew Care retails at Ulta. Historically, Amazon accounted for 1% of business when looking at MBX’s entire portfolio, said Ha.

“We’ve put in a significant amount of time and energy into [Amazon,] about 10 times more than usual. I care that all of [our] brands and products have found a market fit online, and that we’re able to mitigate some of the losses that might be happening in the company,” said Ha, of Amazon.

Still, as recession and unemployment considerations begin to set in for the U.S. population, Meyer expects beauty to lag compared to other core categories, especially as delivery delays increase.

“We are expecting Amazon sales to be down 2%-5% this week, compared to an average week. But next week, we fully expect them to be down 30%-40% from an average week, and that will continue into the coming months. With the delay of orders, we are seeing a lot of cancellations coming through already. That, coupled with the increase in unemployment, is going to drive an increase in return rates,” she said.

In many ways, Amazon — like beauty’s core categories of color cosmetics and prestige skin care — flourished in the height of consumerism. In a bear market, shopping habits get second-guessed. Makeup has especially been badly hit for the better part of a year.

Mark Rice, founder and CEO of certified organic beauty brand Ogee, has seen sales on Amazon slightly decline, though it has not yet been detrimental to overall business. The company’s products have been sold on Amazon since 2017, despite its luxury positioning — it’s Sculpted Lip Oil Tints, which mimic a moisturizing lip balm, retail for $26 and are sold via Amazon’s Indie Beauty segment.

“We’re still evaluating the effects of the last week or so, but our DTC business has rebounded,” he said. In 2019, Amazon accounted for 18% of Ogee’s revenue. The company’s other wholesale partners (made up of local and independent boutiques) clocked in at 4%. The remaining 78% of revenue was fueled by Ogee’s DTC arm.

Even with initial declines, Rice is not about to shift resources away from Amazon anytime soon.

“Estée Lauder’s brands like Tom Ford may not technically sell on Amazon, but those lipsticks are on there and the customer doesn’t know who is selling them,” said Rice. “And it’s not like the woman who shops at Bergdorf or Sephora doesn’t also shop on Amazon.”

This ultimately implies that all beauty brands need to rethink their Amazon protection strategy in tandem with potential sales opportunities — even more than before amid coronavirus.

“We have a very healthy Amazon business and it’s not just because we are in Amazon Luxury Beauty and ALB sounds great; it’s because Amazon is a marketplace. You have multiple [other sellers] flooding the market with your same products, and reviews can only be carried across a single item number. [Not selling on Amazon] is going to be a major, major challenge for brands, especially prestige skin care and color, because that marketplace is going to be flooded with more people trying to jump in on the opportunity,” said Jamie O’Banion, founder and CEO of BeautyBio.

O’Banion did not provide financials around its Amazon business, but in 2019, BeautyBio reportedly did $110 million in retail sales.

Thus, as multiple sellers pop up, perhaps to make up for some other lost income, a sound Amazon playbook becomes central for beauty brands.

“Susie Q in Idaho could be selling your product, and then it becomes a race to the bottom on price point,” said O’Banion of other brands that don’t work in a protected Amazon system like Luxury Beauty or Indie Beauty. “It becomes a cascade, water-falling across your retailers, who are then trying to compete on Wild West pricing.”