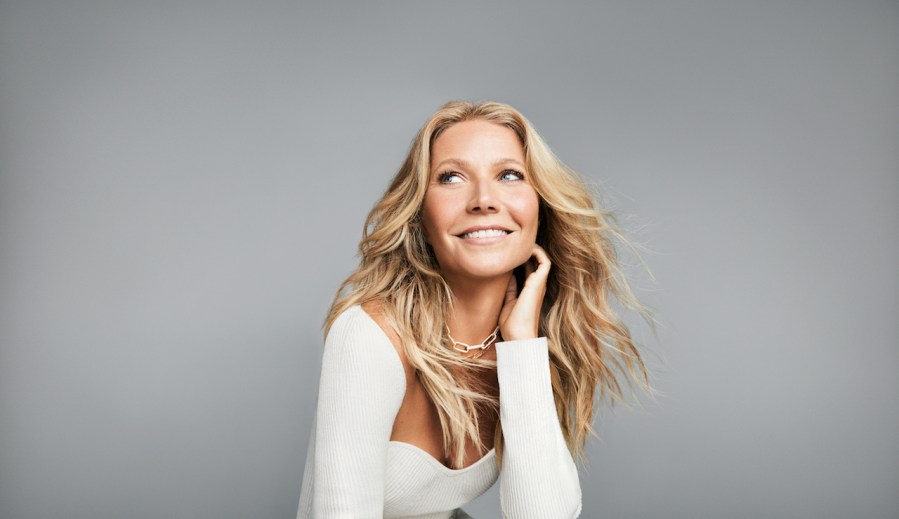 It’s a day of firsts for Gwyneth Paltrow and Merz Aesthetics: For the first time, the A-list celebrity and Goop founder and CEO has inked a partnership with a medical aesthetics company. She will be the first global face and spokesperson for Merz’s flagship product Xeomin, dubbed a “naked injectable.”

“Ultimately, Gwyneth is very influential, very recognizable, and has the credibility in the beauty and self care space. Her value set matches ours. Philosophically, she is giving women permission to look and feel better about themselves and their choices,” said Merz CEO Bob Rhatigan, who said the relationship with Paltrow was in the works pre-Covid-19’s onset in the U.S. However, the Merz team was waiting to launch until its clients saw a rebound in customers and services, following spring salon and spa closures. In July, Rhatigan told Glossy that the company had seen 50% year-over-year revenue growth, but he said that figure spiked to over 100% in August. Rhatigan is expecting a similar trajectory for September.

As clean beauty becomes tablestakes for retailers, brands and customers; it is now being used as a marketing tactic within the aesthetic injectable category. Just last week, aesthetics biotech company Revance launched a new hyaluronic acid filler called RHA Collection. Revance claims that the RHA Collection is made in a way that preserves the original structure of hyaluronic acid, which means it more closely resembles the hyaluronic acid that already exists in the body. Xeomin is an anti-wrinkle injection purified to remove unnecessary proteins; it first debuted in 2011.

Rhatigan acknowledged that the clean conversation is trending within the injectable space. “I don’t know how Revance supports their claim on the manufacturing front, but we have been focused on this since 2011 and recognize that an injectable without additives is increasingly a part of the meaningful conversations that younger customers are having,” he said.

While the cosmetic aesthetic category has rebounded in some ways, the competition among products is increasing. For instance, the legal fight between Allergan’s Botox and Evolus’ Jeuveau continues to play out.

Merz has worked with other celebrities in the past, namely model Christie Brinkley beginning in 2017, but that was a U.S.-specific partnership. Paltrow is meant to have global appeal and allow women to be bold with their beauty choices, said Rhatigan. Notably, all marketing campaigns will be digital-only on social platforms like YouTube and Instagram, versus traditional television or magazine advertisements. As of now, Merz has not inked any sort editorial partnership with Paltrow’s Goop.

“Gwyneth is not the kind of celebrity trying to, for example, ‘shave 15 years’ off the clock, or adhere to an unrealistic or specific beauty standard,” said Rhatigan. “She’s authentic and unapologetic about what she wants to do for herself. It’s a new way to approach cosmetic aethestics.”