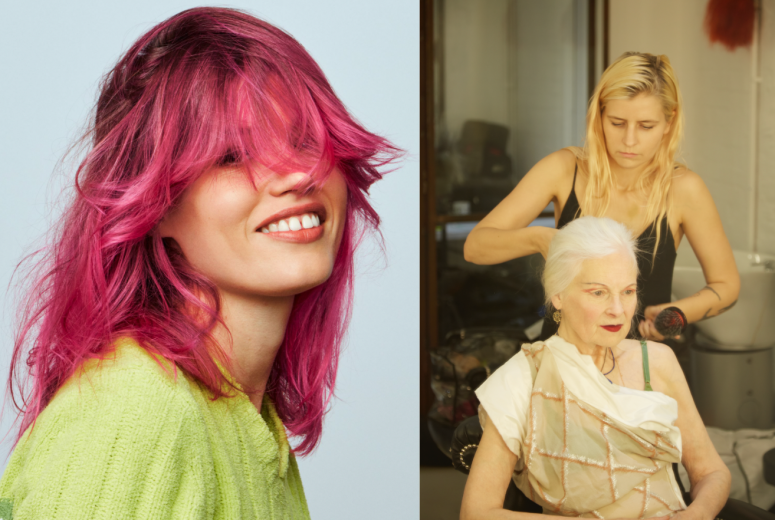 In the 11 years since it opened as a pop-up at Wah nails in East London, Bleach has become the go-to place for those looking for hair color on the cutting edge. That’s thanks to Alex Brownsell, 33, Bleach’s founder. Brownsell is the daughter of a hairdresser and, as such, started doing hair at age 12. She is now the colorist behind Gucci’s and Celine’s runway looks. In 2011, Bleach opened a salon at Topshop’s London flagship at Oxford Circus, though it moved out in 2017.

It now has a product range, too. In early July, it opened its first L.A. salon location — it has three in London, in East London, Soho and Brixton.

Early on, Brownsell’s work accumulated a loyal following that included model Georgia May Jagger. The pair met on a photoshoot when Jagger was 14 and Brownsell was 17. Jagger, 29, has since become an investor and co-owner of the business.

Initially, Brownsell became a go-to for Jagger because “nobody was able to do white bleaching tones, the gray bleach and dip dye, and the more experimental colors, like the bleach style have today,” Jagger said. “Nobody was really doing that in London…potentially in the world.”

Bleach has become a safe haven for experimentation. “[Brownsell] really wanted to do something that was different, to give people freedom for creativity, to be able to experiment,” said Jagger. At one point, people were coming to Brownsell asking her to create a hair color based on the rose gold iPhone, which she did, Jagger said.

The new L.A. salon features a shop at the front selling their at-home products. “If you don’t want to pay to come into the salon, that’s fine, but you can do everything at home — that’s always been part of our business,” Jagger said. Since the start of Covid, the salon has offered Zoom consultations to help people coloring their hair at home. The experience of going to a

Bleach salon, however, is uniquely multi-sensorial in a meta way. In the salon, walls are decorated by visual projections of soft, fluid forms. Sounds of hair scissors cutting and swirling sink water have been recorded and play on a loop to mimic a hair version of ASMR.

The salon will also be the first time clients other than celebrities, models, and Brownsell’s regulars can access her services  — if they shell out $1,000.

Jagger and Brownsell shared the hair trends they’re seeing most at their salon locations.

“It’s definitely all about copper. It used to be: People would come in and get their hair done, and they’d be like, ‘I don’t want to be ginger,’” Brownsell said. That’s changed. Case in point: Jagger’s mom, model Jerry Hall, is currently rocking the trending hue, Jagger said.

“The mullet is back in a huge way,” Jagger said. The ’80s hair trend has soared in search data on TikTok. “I’ll probably have a red mullet imminently,” Jagger said.

Where Billie Eilish goes, Bleach customers follow, though perhaps in subtle ways, Brownsell said. She pointed to “dip lights,” which are “rooty highlights that are a bit bolder.” Think: Eilish’s famous green roots.

People are coming into [the salon] with that kind of bleached-out reference again,” she said, noting that it’s been 10 years since that was last trending.

“[Billie Eilish] had her root color that was popular. Now, people are looking at her particular shade of blonde, which is a warmer bleach, and saying, ‘Oh, this is nice.’ And they are people who would probably typically go for cool tones,” Brownsell said. “Maybe it’s that they want to feel golden [coming out of] Covid.”

Bleach recently launched its first collaboration: a blue dye called Blue Weekend, created in partnership with the band Wolf Alice. The founders have been surprised by how many customers have been willing to experiment with the bold color. “People are coming out of this hibernation of lockdown and wanting to really experiment for the summer,” Jagger said, noting that she’s seen a fair share of men with short hair go blue.