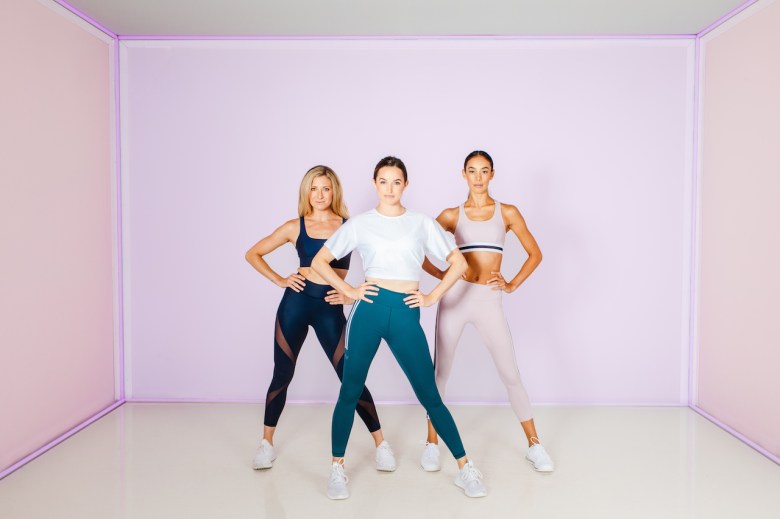 Fitness and beauty-service companies are going digital to stay afloat

When fitness streaming service Obé launched in March 2018, the idea was to bring boutique classes like boxing, pilates and HIIT to the comfort of people’s homes. Not only was the offering intended to be convenient, but at $27 a month for a subscription, it was a comparatively inexpensive option. A single SoulCycle class sans shoes is $34. A Barry’s Bootcamp class in New York is $38. Despite the ease of use and price, Obé could not have anticipated the unprecedented traction it would experience due to COVID-19.

The company has seen steady growth since its inception — averaging about a 30% membership increase per month — but as people across the country have become more concerned about coronavirus, signups spiked. Between February and March, Obé saw a membership uptick of 300%, said co-founder and co-CEO Mark Mullett. Rather than price-gouge prospective users, on March 11 Obé began offering a free month to customers as they were acclimating to their new norm of working out from home.

“It’s a scary time. We are heartbroken for our brick-and-mortar friends, but we are trying to do the right thing, the best we know how,” said Mullett. “We are spreading good health and acting as an outlet for people who are alone or tense or scared.”

In many ways Obé, like Peloton and Mirror, was better prepared for social distancing compared to its IRL counterparts. After a series of changes to its schedule, Barry’s closed its U.S. locations and began offering free workouts on its Instagram channel just this week. Buzzy New York studio Forward Space also started hosting free digital dance parties as its single location is tentatively closed at least until March 28.

And what’s happening in the fitness segment is also being mirrored in the beauty services space, which like the restaurant industry has taken a major employee hit — so much so that nascent beauty app Mira started a $10,000 initial relief fund to support makeup artists and beauty professionals who are out of work because of coronavirus. New York-based facialist Sofie Pavitt began offering $100 consultations via FaceTime while she was pregnant in summer 2019, but after seeing an unusual amount of in-office cancellations due to COVID-19 last week, she knew she had to find a new way to meet with clients. Her studio closed on Monday.

“I knew I had to pivot. I was messaging clients and making sure to keep in very close contact with them, like I would in the studio,” said Pavitt. Beyond pure communication, Pavitt has been shipping customers whatever products she suggests following their respective FaceTime consultations.

“It broadened my horizons of who I can talk to,” said Pavitt, who also started doing live guided facial tutorials on her Instagram channel. The first experiment, on Instagram Live on March 15, saw more than 10% of her 7,285 followers tune in. Moreover, 36 virtual consultations were booked as a result. Pavitt will continue to do guided facials on Instagram Live every Sunday.

By doing this, Pavitt has seen an uptick of non-New York clientele finding her via Instagram. Obe, too, has also seen its client split of 40% coastal and 60% middle of the country shift more squarely to 50% each, thanks to social media.

Likewise, Obé has expanded beyond its free month of classes. On Monday, it partnered with Kidz Bop to license music for new children’s workouts, and on Friday it debuted its first set of five workouts for senior citizens.

“Instead of the Cuban shuffle, we’re doing the Kidz Bop shuffle, because it’s hard to be cooped up inside all day for both the parents and the kids,” said Obé co-founder and co-CEO Ashley Mills.

The ability to quickly pivot during this coronavirus climate makes Obé and Pavitt’s efforts stand out. Other beauty businesses haven’t been able to translate their respective in-person services to virtual animations quite yet. Heyday’s stores remain closed as do the services offered at Sephora or Ulta, due to their own temporary closures. Similarly, Barry’s and Forward Space’s businesses were built on experiential fitness and community, not at-home ease — still they are trying. But in a way, agility is what Obé and Pavitt are banking on.

“I am in charge, and we’re still not a huge company, so we can be very flexible,” said Pavitt. “Instead of saying, ‘We’ve got to do it this way because we’ve always done it this way,’ we say, ‘Let’s move.’ Being small is an advantage right now.”