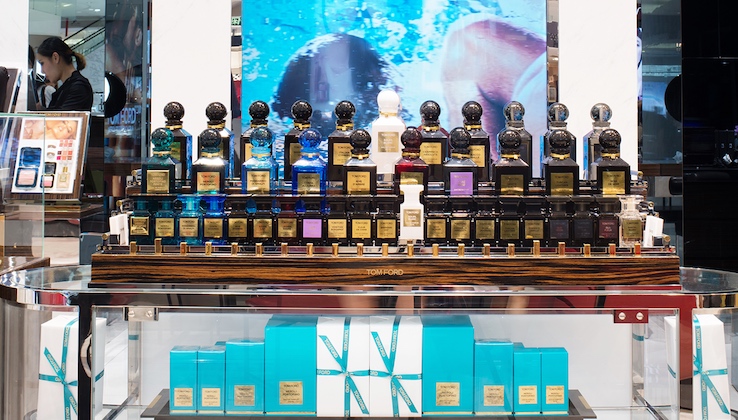 As a growing number of companies suspend their business in Russia, Estée Lauder Companies has become the first major beauty conglomerate to do so.

On March 7, the company announced, “After having already suspended The Estée Lauder Companies’ business investments and initiatives in Russia last week, we have also decided to suspend all commercial activity in Russia, including closing every store we own and operate, as well as our brand sites and shipments to any of our retailers in Russia.” It will “continue to provide compensation and support to our employees in Russia at this time.”

The company was among beauty conglomerates releasing public statements last week announcing donations to human rights organizations, in response to the invasion. So far, ELC is the only beauty company to follow apparel and luxury giants such as Nike and LVMH in suspending business in Russia.

Procter & Gamble also cut back operations on Monday. It stated that it will halt all new capital investments in Russia. It is also “significantly reducing” its Russia portfolio to basics including hygiene, health and personal care, according to a letter to employees by CEO Jon Moeller.

The newest announcement states that its support for its Ukraine-based employees includes “continuance of all compensation, maintenance of regular communication, as well as offering relocation assistance for those who choose that measure of support.”

The company announced on March 4 a donation of $1 million to organizations including Save the Children, UNHCR and the Red Cross, as well as a contribution of ELC products to “those displaced and in need.” The March 7 update added that it will also be adding an employee donation match.

Fashion companies including Nike, LVMH, Kering, Hermès, Prada, Chanel, Richemont, Moncler and Mango have announced business suspensions in Russia over the past week. They are joined by brands in other major consumer categories such as Ikea, Apple and Microsoft, as well as credit card companies including Visa and Mastercard.

But other companies’ beauty sales still seem to be active in Russia at the moment. While LVMH stated to Reuters that the company will be closing 124 stores in Russia, Sephora stores in Moscow are still listed as “open” on Google Maps as of March 7. LVMH-owned fashion boutiques for brands including Louis Vuitton and Dior in Moscow were listed as “temporarily closed.” LVMH and Sephora did not respond to a request for comment.

Some companies, such as L’Oréal Group, have opted to publicly condemn Russia for the invasion. While the company has not announced any business closures, it said it has donated €1 million to NGOs and will deliver 300,000 hygiene products for refugees. For its 376 Ukranian employees, it is offering psychological and financial support. It is also providing accommodation, medical care access and legal advice to its employees crossing the borders into neighboring countries.

Luxury brands’ closures in Russia came after Vogue Ukraine and Marie Claire Ukraine publicly posted letters calling on “all international fashion and luxury conglomerates and companies to cease any collaborations on the aggressor’s market effective immediately.” In addition to luxury groups tagged including LVMH and Kering, beauty companies tagged in the posts were Shiseido and Puig.

Shiseido announced last week that it will be donating €1 million to the UNHCR and creating an employee donation-matching program. Puig has not released a statement as of March 7.

Coty stated in a public announcement, “We stand firmly with all those calling for peace and an end to the violence in Ukraine.” The company stated it will be supporting the UNHCR and Red Cross and matching employee donations, and has been “exploring ways to do more.”