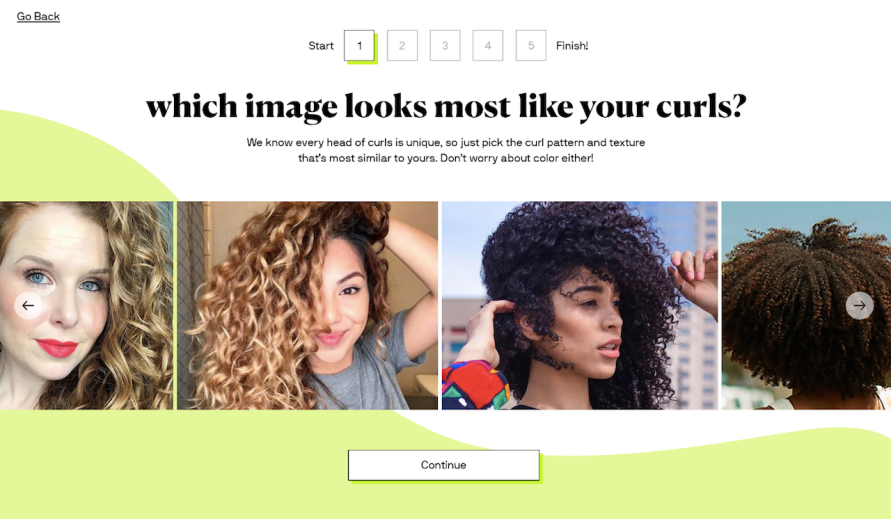 Curly-hair brand DevaCurl is expanding its focus to e-commerce.

Throughout September and October, the brand, which is sold in professional salons, through retailers like Sephora and Ulta, and on its own site, tweaked its website to better facilitate speed. This relaunch was particularly well-timed, given that German chemical and CPG company Henkel acquired DevaCurl in November because of its success in all channels and its community efforts. According to industry sources, DevaCurl hit $100 million in revenue and Henkel reportedly purchased the brand for between $400 and $500 million.

As part of DevaCurl.com’s site transformation, the company created over 4,000 images and videos featuring real-life curly-hair customers versus models; this was to showcase how a woman’s hair changes upon using the brand’s products. Additionally, DevaCurl produced 100-plus new pages of content on its site to showcase DevaCurl salon stylists, as well as appointment booking capabilities and an ingredient glossary. The impetus for these changes came from DevaCurl’s curly-hair quiz, which launched in May 2018.

“The quiz quickly became one of our most trafficked parts of our site and was the biggest driver of customer acquisition, so that told us that consumers were looking for more education,” said Rachel Sacks-Hoppenfeld, DevaCurl senior director of digital.

Sacks-Hoppenfeld said, prior to these changes, DevaCurl.com was a “transactional and promotional site.” Today, product is naturally important, but the company saw an opportunity for guided shopping through content, especially via its Curl 101 section that breaks down curl types in three buckets: wavy, curly and super curly.

In early November reads, DevaCurl saw it had decreased its bounce rate by approximately 40% and increased its conversion rate by 33% on desktop and 90% on mobile. New visitor conversion is also up by 20%.

DevaCurl would not disclose the amount of sales made through its website. However, it expects to see double-digit year-over-year growth online by year end and again in 2020, said DevaCurl CEO Robert Schaeffler.

New players have come to market like Pattern Beauty created by Tracee Ellis Ross and Beach House Group. That line is sold exclusively through Ulta, but the retailer has a very small existing curl enhancer product assortment. Historically, the professional channel has been the draw for curly-hair customers given salon stylist expertise, and while that remains a large channel for DevaCurl, the brand wants to foster one-on-on relationships with customers themselves.

“Many of our customers didn’t know we have our own two salons, and after new user testing of our old site, they felt more compelled to try us knowing we had that expertise,” said Sacks-Hoppenfeld. “We had forgotten that not all consumers know that we are a brand based in the salon world.”

Sacks-Hoppenfeld explained that its new website is a living and breathing part of the brand and it will continue to be tweaked to include more how-to video content. Moreover, DevaCurl is cross-referencing most often asked curly-hair questions on Google to create content that its community of customers want. This is in stark contrast to Henkel’s existing brands, which have been slow to adopt a DTC-forward selling approach or a sound social strategy.

“We have a professional business that is thriving, and so is our consumer business, but you need continued authority to get the curly-hair girl and guy,” said Schaeffler. “We know the curly girl is looking for experts and education; she’s on YouTube watching videos and looking for tips on social media, and that’s how she finds out about her products. We’re creating a one-stop shop for all of that.”